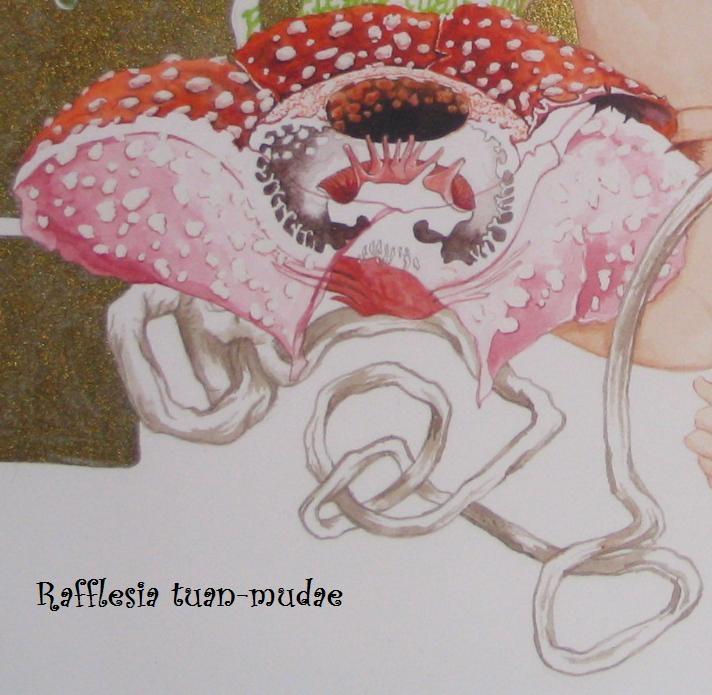 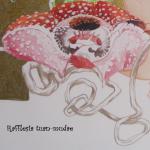 Sarawak, ‘the land of the hornbill,’ is the largest state in Malaysia, covering an area of nearly 125000 km sq. in Northwest Borneo.  In the mid-nineteenth Century, Charles Darwin described Sarawak as “one great wild, luxuriant hothouse, made by nature for herself.”

My trip in Sarawak started in great trepidations.  I landed in Miri, a busy, prosperous town, only to be stuck at the airport because the twin otter going to Mulu could not take off.  Thunderstorms and heavy rain were the cause of it and as a result my friend Ricky and I were put into the Rihga Royal Hotel, a Japanese-managed hotel on the coast south of Miri.  Its five-star comforts and excellent facilities did not impress us.  We were worried about whether we could make it to Mulu the next day.  The rain never ceased through the night.

The next morning, we arrived at the Miri Airport again and the flight was delayed, then cancelled due to the bad weather and we talked to fellow travelers who had been to Gunung Mulu National Park.

Tucked in behind Brunei, this 52866-hectare park lays claim to Gunung Mulu which at 2376 m is the second highest mountain in Sarawak, and the biggest limestone cave system in the world.

Unfortunately, we were never physically able to go to Mulu.  Half the day was gone and we decided to go back to Kuching and change our plan to include a city tour and a short day trip to see the largest flower in the world in Gunung Gading National Park.

The Kuching Hilton is situated at the mouth of the Sarawak River on the south bank, a commercial and residential area, dominated by the Chinese while the north shore is predominantly Malay in character with the old Kampong houses lining the river.

We went to the Sarawak Museum first.  It is still Kuching’s biggest attraction with international fame.  The museum was first opened in 1891 under the White Rajah, encouraged by the naturalist Alfred Russell Wallace.  The 1st floor is the natural science collection, covering the flora and fauna of Sarawak, the 2nd floor is a strong ethnographic section of Kayan and Kenyah woodcarvings.  There is also an impressive collection of Iban war totems, carved Melanan sickness images, used in healing ceremonies.  I admired the assortment of the traditional daggers (kris) and Chinese jars which are treasured heirlooms in Sarawak.

Then we crossed the overhead bridge adjacent to the pleasant botanical gardens, to the Islamic Museum.  It is a restored Maderasah Melayu Building, with an elegant, single storey colonial edifice.  We viewed a collection of manuscripts; costumes, jewelry, weaponry, furniture, coinage, textiles and ceramics spread over seven galleries, each with a different theme, and set around a central courtyard.

The Gunung Gading National Park is situated near the coast, an hour drive away from Kuching.  Along the way, there were lots of Merremia borneensis or Ipomoea palmate, yellow morning glories climbing the trees.  The park is the natural conservation area of the Rafflesia, one of the most magnificent flowers ever known to the botanical world.  It is still the largest flower in the world.  One such bloom measured spanning 97 cm in diameter.  This Rafflesia arnoldii was collected during a plant expedition to Sumatra in 1818.

Rafflesia was well know to the local inhabitants, but its description was only put in writing by the well-known British naturalist Joseph Arnold who was botanizing in the company of Sir Thomas Stamford Raffles, then the founder Governor of Singapore during the British East India Company’s rule in Southeast Asia in Sumatra.

“The uniqueness of Rafflesia lies not just in its size and appearance.  Its peculiar parasitic life style, which means that it is totally dependent on a host--- in this case, a vine--- for survival is equally interesting.  Biologically, Rafflesia is so specialized that the only visible part is the flower.  It has neither roots, leaves, nor stem--- nothing that is green.  The only non-floral parts are fine microscopic threads that pervade the roots and stems of the host vines of Tetrastigma, a genus belonging to the grape family.  These filaments do not appear to harm the vine in any visible manner.” (Rafflesia: Magnificent Flower of Sabah by Kamarudin Mat Salleh, Borneo Publishing Co., 1991 p. 6-7)

“Why Rafflesia parasites are specifically associated with particular Tetrastigma vines as host has remained a mystery.  How Rafflesia seeds germinate and grow is also unknown.  The tissue threads of Rafflesia are known to spread inside the vine for about a year and a half before the bud bulges out from its covering cupule.  Observations in the field on R. pricei in Sabah and R. arnoldii in Sumatra indicate that perhaps the slow-growing bud needs as long as one and a half years to develop from the early threadlike stage to full bloom.” (Salleh, 1991, p. 22)

In Gunung Gading National Park, the Rafflesia I saw that day is the so called “R. tuan-mudae” which later classified as R. arnoldii belongs to one of the four well-known Bornean species (the other being R. keithii, the largest bloom, R. pricei, small bloom but with maroon colouration and white warts and R. tengku-adlinii, brilliant orange-red bloom).

The spectacular Rafflesia is facing great danger.  Unlike other threatened species of wildlife, Rafflesia cannot be saved by translocation, domestication or other artificial means.  Logging activities and slash-and-burn agriculture are no doubt the main threat to its survival.  Its habitat must be preserved in order to ensure the continued survival of this magnificent plant.