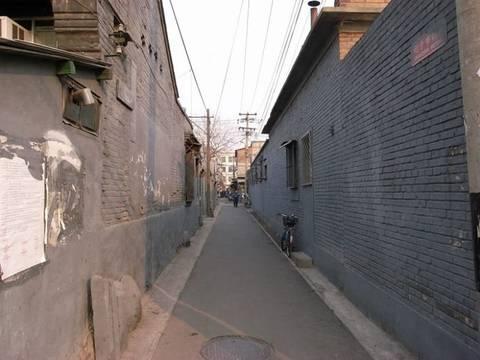 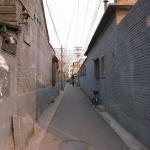 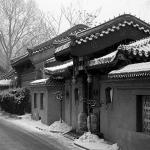 The word "hutong" (narrow alleys) is Mongolian in origin, meaning a "water well" (The original Mongolian word was hottog). In the old time with the digging of new wells, came new communities.

Later it was referred to as narrow streets or lanes formed by quadrangles. The word "hutong" with the meaning of narrow lanes was formed during the Yuan Dynasty in the 13th century when the Mongols, led by Genghis Khan, occupied Beijing, then the capital of the Jin Dynasty. In 1260 Kubla Khan, grandson of Genghis Khan, established the Yuan Dynasty. Kubla Khan chooses Beijing as his capital.

Today in Beijing, the word hutong means a small alleyway or lane. They are typical of the old part of Beijing and are formed by lines of siheyuan (coutyard house, a compound made up of rooms around a courtyard) in which most Beijing residents used to live.

During the takeover by the Mongols, the old city had been largely demolished, and so he decided to rebuild the city. When the new city was finished, there were clear definitions of streets, lanes and hutongs. A 36 meter wide road was called a "big street". An 18 meter wide one a "small street", and a 9 meter wide lane was called a "hutong". Surrounding the Imperial Palace, hutongs were established throughout the Yuan (1206-1341), Ming (1368-1644) and Qing (1644-1911) Dynasties.

Most of the hutongs we see today were built during the Ming and Qing. You only still find a very few hutongs preserved from the Yuan Dynasty.

One kind of hutongs, usually referred to as the regular hutong, was near the palace to the east and west and arranged in orderly fashion along the streets. Most of the residents of these hutongs were imperial kinsmen and aristocrats. Another kind, the simple and crude hutong, was mostly located far to the north and south of the palace. The residents were merchants and other ordinary people.

Hutongs have existed for hundreds of years. They were common in ancient Beijing. In the past, several thousand lanes, alleys and quadrangles formed residential areas for ordinary people living in the capital. Today, as the city develops into an international metropolis, its lanes and alleyways, occupying one third of the city proper, still serve as dwellings for half the total urban population.