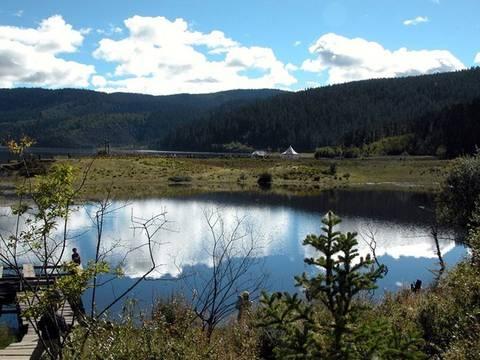 Meili Snow Mountain is regarded as a Holy Mountain by local Tibetans. 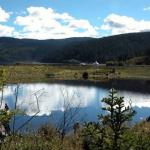 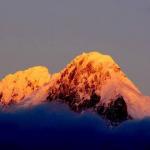 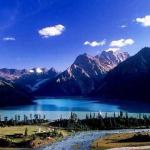 Towering like a pyramid, Meili Snow Mountain is regarded as a Holy Mountain by local Tibetans. The continuous mountain ridges feature snowy peaks and the sun throws golden lights on the low-floating clouds which form various extraordinary shapes, affording yet another splendid view!

Known for the grandest view in Yunnan Province, Meili Snow Mountain boasts numerous snow-clad ridges and peaks, thirteen of which exceed 6,000 meters (19.685 feet) above the sea level. The most splendid view is of the Kawagebo Peak, the highest in Yunnan Province rising about 6,740 meters (22,112.86 feet). It is still a 'virgin peak' for no one has ever reached the top. Thus, Meili Snow Mountain is a challenge for all mountain explorers from home and abroad.

You are treated to spectacular view from all vantage points. The continuous mountain ridges feature snowy peaks and the sun throws golden lights on the low-floating clouds which form various extraordinary shapes, affording yet another splendid view! But mostly, the mountain presents itself as mystery when dense fog and clouds made it a gleaming sight to see and you could hardly resist the temptation to unveil it. You can have a panoramic view of the thirteen towering peaks from the Feilai Temple which is in the west of Deqin County.

Also known as "Prince Snow Mountain", it is the world's most sacred Tibetan mountain., Meili Mountain has long been famous for its Kang Karpo Peak, which, at 6,740 meters above sea level, is Yunnan's tallest. Thirteen lesser peaks, each more than 6,000 meters above sea level, surrounds Kang Karpo Peak, which looks like it is being covered in gold as the sun rises in the east, -just as the British writer James Hilton describes in his famous book "The Lost Horizon."

The Kang Karpo Peak is one of the eight sacred mountains worshipped by the Tibetans. Legend has it that the peak is the incarnation of a Tibetan God who helped local Tibetans drive away an evil spirit. Each autumn, thousands of Tibetans from far and near visit this legendary peak.Although humans have long since conquered Mount Everest, the world's tallest mountain, no one has yet to climb the Kang Karpo Peak, which is protected by perpendicular cliffs and a treacherous climate. Since 1902, mountaineers from China, Great Britain, the United States and Japan all have failed to conquer the summit. In 1991, 17 mountaineers from China and Japan lost their lives while trying to reach the peak, marking the greatest tragedy in the history of mountaineering in China.

The Kang Karpo Peak remains mysterious and elusive to most visitors not only for being an unvisited peak, but also because of constantly being shrouded by clouds and mist. If you've got the time and the patience to struggle through the haze, the gorgeous view is definitely worth it.