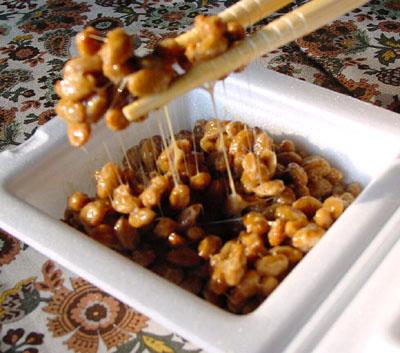 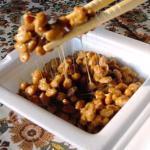 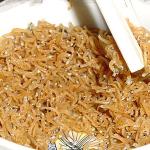 I've been a vegetarian for about 20 years. I think that this choice has forced me to be more adventurous than most Americans when it comes to what I eat. I have a certain amount of pride in the fact that I can enjoy almost any food of almost any culture. There are few foods I don't like. Even the foods I choose not to eat, like meat and mayonnaise, I like. I just chose not to eat them because they are not that healthy.

Of course there are a few exceptions. For some reason I don't like beer. This quirk makes me immediately suspicious in the minds of many people. They take it as a personal offense. How can I not like something that is so special to them. Its like saying I don't believe in God or like music. I actually used to work for a man who claimed he didn't like any kind of music. But I'm wandering, forgive me. The point is that people get very protective about things they like.

I was invited to visit a Japanese friend in Tokyo. Sayano said I could stay with her family for the weekend. I was excited because this would give me a chance to see Japanese culture up close. The first morning I came down for breakfast with high hopes.

They were eating rice. I love rice. I eat it all the time. Also they had a lot of pickled things like pickled radish, turnips, carrots. It was great. It was different but I liked it. My hosts looked at me warily as I told them how much I liked their food. I was feeling really proud of myself. "I'm no typical American," I thought. "I can eat their food."

"Its fermented soybeans," he said as he opened the plastic container and scooped a large portion into my rice bowl. "Its very very healthy. That's maybe why Japanese people live so long."

I peered into my bowl. The small brown beans were swimming in a slimy white liquid. When he turned the spoon over little rivulets of slime clung to the spoon. They wouldn't let go. The rivulets were about two feet long. Finally he had to swing his spoon around a few times to cut off the slime ropes.

That was a challenge if ever there was one. I took a healthy amount of beans and mixed it with a little bit of rice and smiled back at them. I put it in my mouth and all I tasted was slime. It had a foul smell and clung to my tongue as I chewed.

I immediately had a flashback to the time when I stayed over at Alec Chelloff's house when I was in the 5th grade. His mother served us French bread for breakfast. But his mom made it differently than my mom. Her French toast had pieces of egg coming out of it and it reminded me of "PUKE". I couldn't eat what was in my mouth. I grabbed one of the cloth napkins and turned around like I was coughing, but really I threw up into that napkin. Then I held onto it and later threw it away in the garbage. I don't know if they noticed but about one month later Alec threw up on my desk in school. Retaliation?

That was the way I was feeling at breakfast in Tokyo. But wait, I was much older now, I had control of myself. I had studied meditation by golly. I wasn't going to let these people get the best of me. I wasn't just representing myself, I was also representing my country.

With great effort I forced myself to smile and said, "MMMM it's very good." Maybe they didn't notice that my voice was cracking as I said it. They looked at one another beaming. They were very happy. They watched as I ate the whole thing. As I expected they offered me more and I thanked them and told them that I was full. There was just a half a cup of rice left in my bowl.

"Since you like natto so much, I'm sure you will like raw egg on your rice." And before I could think of how to stop him he cracked an egg and dumped it on my rice. My face smiled but my mind was cursing him. Again with the slime. I ate that rice with slimy egg and I didn't lose it though I told myself that if I did throw up I was going to throw up on the father.

"Will you be back for lunch?" they asked as I was leaving for the day.

"No I don't think so. I think I'll be busy sightseeing."

Luckily we went to a restaurant for dinner and I could order what I wanted.

There are a number of other things that Japanese people eat that make an American gasp the first time he or she sees them. They eat these little fish about the size of a fingernail clippings. They buy them in big bags. If you look closely you can see that these thousands of little fish still have eyes in them. I can eat a lot of things but please don't make me eat eyes.

There is a bigger variety that they fry and eat whole like that. The fish make a loud crunching sound as you bite down on the head bones and eyes.

They do weird things with jello. They have a sweet potato jello that they put in soup. It has a strange texture kind of like an eraser. They actually have a kind of fish jello that they make. Actually it's not bad unless you think about it being fish jello.

Then they have fish flakes. They get a fish and shave it down really fine until you have these flakes. They buy them in big bags and use them to make soup. Sometimes they just sprinkle them onto foods like fried eggs. The flakes are so thin and light that they seem to dance in the heat waves of the hot food they are placed on.

And then there is sushi. They say that it is an acquired taste. Why should I go to the trouble of acquiring taste that is so damned expensive? And why is food that is uncooked more expensive than food that is cooked? If they cook it then they worked harder. Sushi should be cheaper. But no.

Maybe you heard that the puffer fish is considered to be a great delicacy when served as sushi. However if not cooked properly it is deadly. NO THANK YOU.

The people at work told me about a Japanese delicacy called suppon. It's snapping turtle soup. Before you eat the soup, you drink the blood, raw and cold. It costs about $100 for a meal like that.

So I guess I'm not such an open minded eater after all. Ok Japan. You win.