Las Vegas of the Orient? 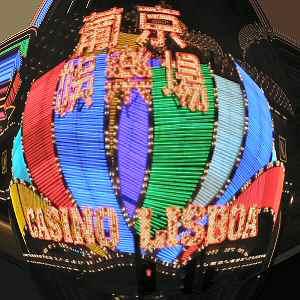 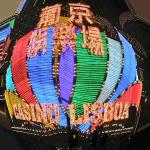 The gray mist clung to the city so thickly that the godess herself seemed to float above the harbor, her eggshell white base almost totally obscured; In the deep fog, Kun Lam, eternal greeter to gamblers, tourists, and other fortune seekers visitng the former Portugese enclave on the Pearl River Delta was standing guard. Four years and change after the handover, I'd come on behalf of various editors to answer two burning questions: First, is this strange little semi-autonomous enclave of excellent cuisine and sin really the Las Vegas of the Orient? And second, is there any reason for a teetotaler with a serious aversion to gambling to even visit Macau?

Short answer to the second: Yes, but only if you're already in the neighborhood. Though it sits perpetually in the shadow of its larger neighbor across the water, the cuisine, history, and culture of the former Portuguese colony make Macau a destination in its own right, even for those averse to sleaze. After the frantic pace of Hong Kong, coming to Macau was like having my internal record player switched from 45 to 33 RPM. Just being there made me want to live like Frank Sinatra, if only for a day. I felt like finding a haberdashery with a good selection of fedoras, getting myself a good Cuban cigar, and having a fine, long stroll.

I gave up on finding a fedora, but I did find a nice little shop in the ferry terminal with decent Cohibas. With stogie in hand (and an umbrella under my arm), I set out to see the town on a dreary Tuesday afternoon. Macau is a very stroll-friendly town, being both small enough to take in on foot and relatively free of traffic. The natural inclination of tourists doing a day trip to Macau is to make a beeline for the better-known sights - the ruins of St. Paul's cathedral, or the Dali-esque Senate Square, where pastel-colored storefronts line the edges of a pedestrian mall made up of psychedelically arranged wavy black-and-white paving bricks. Better, I thought, to do what the Chairman (and we aren't talking the guy on ice in Beijing) would do, and linger closer to the hydrofoil terminal for a bit and check out the lesser-known neighborhood between the Avenida De Amizade and the Avenida do Dr. Rodrigo Rodrigues.

It's on this strip that I found both Macau's Grand Prix Museum and Wine Museum. Visitors expecting to get tanked up on fine Portuguese wine before taking a high-octane spin around town in a serious high-performance machine should know that, while wine tasting is encouraged at the latter museum, the exquisitely maintained machines in the former are for show only. This strip also contains rows of bistros serving both Cantonese and Macanese cuisine at a slightly cheaper price than you're likely to find in the more popular districts.

Continuing west, I headed past the Casino Lisboa, a three-story complex that was once Macau's largest and best-known gambling den. A smallish squad of uniformed police was milling around the entrance looking like men who meant business. This impression was reinforced by the hollow-stocked firearms (presumably of the machine-gun variety), which they cradled like babes in their arms. In the months leading up to the 1999 handover, Macau was the scene of bloody street violence as various criminal groups sought to expand and consolidate their territories before the colony was taken over by "the new management." The Chinese have largely put a stop to this with their usual draconian aplomb, but the armed police still remain.

Ignoring my better instincts, I stopped into the casino. The place was packed, and with barely enough slot machines available to service the old women who'd come in from Hong Kong to blow their pension checks. Unlike casinos in Vegas, the Lisboa lacks any sort of superficial Disneyland veneer. Lisboa patrons know what they've come for, and lack the needs of their American counterparts for the convivial illusion of family friendlyness. I was about to take a picture of a row of squandering grannies when a security guard tapped me on the shoulder and told me that cameras were forbidden; I could check mine or leave.

I chose the latter. It was time for lunch. High- or low-brow culture aside, cuisine is half the reason to visit Macau. While it's possible to spend a fortune on a good meal at some swankier restaurants (which are abundant), affordable eats are infinitely available. I wandered around looking for a restaurant whose menu appealed equally to my culinary standards and humble budget, and found the Comida de Portugesa, where for around 150 HKD I was able to sample a decent array of typically Macanese dishes like caldo verde (green vegetable soup), chouriço (Portuguese sausage), and some bacalhau com natas (codfish cooked in cream). After this feast, topped off by a cappuccino, I had no room for Macau's signature dish, the Chicken Africana Luckily, dinner was only a few hours away.

Full and happy, with the weather just beginning to clear up, I decided that a stroll on the Dali-esque bricks of Senate Square might not be such a bad way to burn a few calories. Still picturesque, the old world charm of the area has, for my tastes, been marred by the influx of corporate chain stores over the past few years. While you can still find some old Chinese apothecaries and antique shops around, these have mostly been pushed into the surrounding alleys by the Giordanos, Gaps, and stores selling posters of Michael Jordan. I was pleased, however, to see that Starbucks has yet to discover that the façade of the Church of St. Paul would make an excellent spot to hawk espresso drinks.

This bit of necrotourism accomplished, I headed over to the Sun Yat-sen Memorial House (which sits North of the Guia Fort and Lighthouse). This isn't the actual house he lived in; literature provided by the management explains that the original was "destroyed by explosives". This one was built by his son in 1918. It's strange that a house built to honor the father of modern China should have such a pronouncedly un-Chinese, almost Moorish feel, but Dr. Sun was known as a man of broad tastes. Sun Yat-sen spent a few years living in Macau after fleeing Qing agents in Guangzhou. As the story goes, Sun kept his head by sneaking onto a Macau-bound ferry dressed as a woman.

With night approaching, I was ready to begin looking for an answer to my first question. Cuisine and culture aside, Macau's fortune is, like that of Las Vegas, built primarily on sin. And as the border between Macau and China becomes more porous to the roughly 1.5 billion people on the other side (many of whom, it's rumored, have prodigious appetites for gambling and sin themselves), this future is looking brighter every month as the big players in the casino world move in to carve out their own piece of the gambling market. The newly opened Sands Casino is already challenging the established Lisboa for supremacy. Opened on May 18, the Sands has chalked up an impressive list of superlatives - most gambling tables, biggest opening day take, and most recently, biggest loss to a Hong Kong card shark ($3.85 million US). The success of the Sands is just one piece in the larger economic picture of Macau's astronomical 2003 GDP growth of 15.6% (Hong Kong's, by comparison, grew 3.3%, though this poor figure was due largely to SARS).

Beneath all this glitter, Macau at night is a place still rife with sleazery, a place where steely-eyed Russian prostitutes stalk the streets seeking out lonely high rollers and nearly every block has a number of saunas offering massages of various types. Places like the Sands might bring in a higher class of customer, but there'll still be plenty of room left for the old-time operators. To get a glimpse of these, I headed back towards the ferry, across from which sits one of the older and more dilapidated of these sin complexes, the China City Nightclub. Looking like a third-world flea market with its crumbling faux Greco-Roman pillars, the CCN offers not just a casino, jai-alai, and saunas, but also, according to posters enticingly on display, a live sex show.

Like the bars, gambling houses, and brothels of early American logging towns (opened next to the road where the logs were dragged to the railroad or river, hence the name "skid row"), the China City Nightclub was built with the convenience of the low-level Hong Kong businessman in mind, a place where they could escape for a few hours of their vice of choice and be back in HK before anyone had even noticed they were gone. This is Macau's Skid Row, where the logs still roll by. Whether the CCN and places like it will be pushed out by the upmarket dens of inequity remains to be seen.

In the ferry terminal, waiting for hovercraft, I pondered again my second question. Would Macau become the Las Vegas of the Orient, a slick town whose corrupt soul was hidden behind glass and neon? Or would it become something that was at once a bit shabbier yet somehow more family-friendly, say, an Asian Atlantic City? Whatever transformations the city takes over the next decade, two things are sure. One, Macau is going to get richer, and two, it'll always be the best - and only - place on this side of the Eurasian landmass to get a decent chicken Africana and caldo verde.