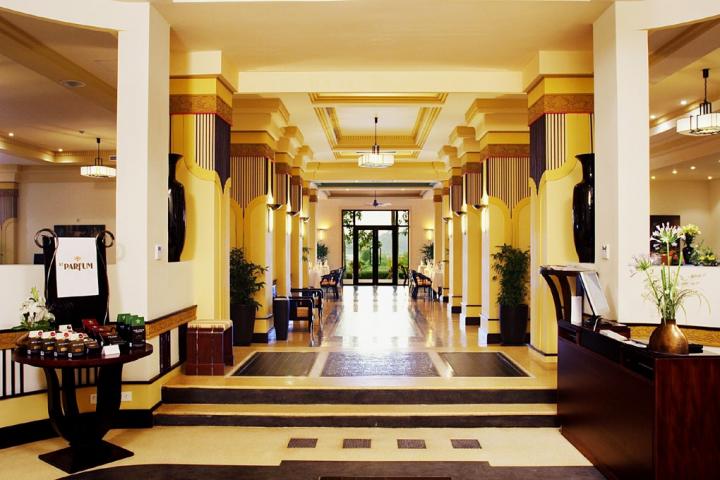 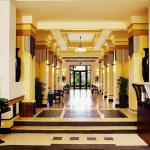 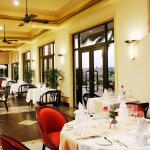 "Let's just say I haven't yet reached the big three-o," she said with a laugh when we just had to ask. Louise Serfontein, the Executive Chef of Le Perfum, Le Residence and Spa's highly praised fine dining restaurant, was born in South Africa and worked in the UK after graduating from a hotel management course.

"People find my accent hard to place. I have been asked if I am Australian, American, and even British." It was good to know that we weren't the only ones pestering the chef with questions.

For a year, she was a commis chef at the historic Olde Bell Hotel in the Berkshire village of Hurley under Chef David Pitt. "David provided me with many culinary insights, and it was also from him that I learned how to be a ‘nice' chef. He has a good disposition and solves problems amicably without blowing them out of proportion. Having a happy staff is key to running a smooth, well-operated establishment." She also worked at Montague on the Gardens in central London where Chef Neil Ramsey was "the inspiration for creating dishes with flair and superior tastes without doing too much to them."

Once she was convinced of her career path, she returned to South Africa and enrolled in Durban's highly acclaimed Christina Martin School of Food and Wine where she was taught the intricacies of French cuisine. "We were also encouraged to be innovative and develop an individual culinary style."

After her studies, she worked as an assistant to Carly Goncalves, the owner and chef of the award-winning Ninth Avenue Bistro in Durban.

Then she opened her own fusion restaurant in Mossel Bay where she "gained a lot of experience in a short time. Having your own business is not just menus and paying the bills. My dad always said it's easier to ask for a raise than pay the raise. I know now what he meant."

When asked how she had perfected her culinary skills, Chef Louise emphasized that her skills are evolving. "I've learned from other chefs, from reading, and even from television. I steal with my eyes," she admitted with a smile. "I adapt dishes to my liking. I also find it satisfying to make a new recipe-experimenting from scratch, especially when the result is even better than what I expected."

After we praised a scrumptious meal chosen completely from the Vietnamese offerings, Chef Louise smiled and again rerouted our accolades to her kitchen staff. "What I like about Asian cuisine is that it is fresh and has good flavour without all the cream and butter. Food that is well balanced on the palate with all the different flavours working. It tastes absolutely heavenly, but without the kilojoules."

At our inquiry about her plans for the future, Chef Louise could only speculate. "I normally take things as they come. A year ago being here in Hue at La Residence and Spa would not have crossed my mind. I would like one day to be the general manager of a hotel. Perhaps food photography or even a critic. As long as I can make a difference in the lives of others and as long as I enjoy what I'm doing, I would be happy. And that can be anywhere in the world. It's not where you are but what you make of it."

When asked if she would consider writing a cookbook, Chef Louise laughed, "Maybe one day, if I get really bored."