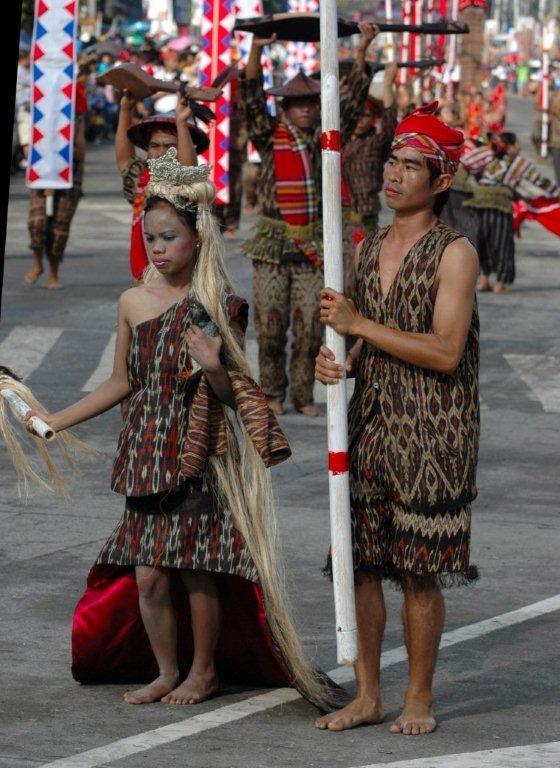 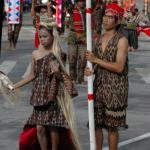 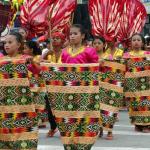 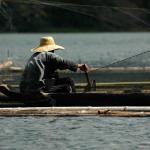 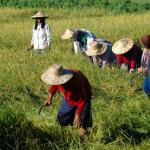 Southern Mindanao, a region that is surrounded by epics, legends, folk tales, mysteries, mythology and ancient tribes. Tales about native heroes, gifted with powers from the gods, who fought with monsters and triumphs over huge armies.

Riding the wind on flying shields and lightning to protect the earliest communities of the island. Several thousand years ago, the first settlers in the Philippines, tribes with sounding names as Aetas and an aboriginal tribe the Negritos, crossed the shallow waters and land bridges from the Asian mainland to the Philippine Archipelago. These Mindanaoans ancestors arrived on the island during the Indo-Malay via Celebes and Borneo through the Sulu archipelago, they settled in the region between Cotabato and Zamboanga and established flourishing settlements in North-eastern Mindanao, specifically in Butuan, a city now located in the Caraga Region.

The Legend of the Ten Datus narrates about the forefathers of the Filipinos, a great leader named Datu Puti, along with nine other chieftains left their homes in Borneo to escape the cruel regime of Sultan Makatunaw. After reaching the islands of Panay they befriended the native Aetas tribe. This friendly and peaceful tribe decided to sell a piece of their land to the fugitives from Borneo. The chieftains gave the Aetas leader Marikudo a golden Salakot, a native head piece, after the barter they lived together in peace and harmony.

A great number of migrants have reached Mindanao after a long journey across the Atlantic and via the Pacific islands the Sanskrit and Germanic tribes reached the island by sea crafts. After their arrival these settlers encountered a small populated tribe, the Mamanwas, a nomadic, Negrito/Papuan tribe that travelled along river mouths, seashores, islets and islands, as far as their feet could carry them, their eyes could see and their minds could imagine. These new tribes were food gatherers and hunters, they used bows and arrows, stone made implements and made their homes in mountain caves. They were later followed by Austronesian and Malayan settlers bringing with them polished stone tools and other skills and techniques like rice planting and the process of cooking food in bamboo tubes.

The early tribes traded with each other and with traders from China, Japan, Arabia and Malaysia. The life of these early indigenous tribes was marked by a very primitive way of culture, customs and traditions. The people of Mindanao and Sulu were animists, they worshipped stones, stars, moons and other inanimate objects, their worship was based on Diawata and Anito, a believe in mythological figures, similar to nymphs or fairies that were seen as gods and goddesses. Tribes on the island of Mindanao and those living in the Sulu Archipelago were converted by Arab, Malay and Javanese traders to Islam, a religion that could fuse easily with the various indigenous animistic beliefs. Buddhism and Hinduism were introduced by merchants from India, Sumatra and Java. After settling down these merchants established themselves in North-eastern Mindanao, they were heavily influenced by the culture and political governance of India, the Kerajaan or Rajah ship. Other immigrants introduced the animist religion and jar burial.

One legend is telling the tale of a tribe that stood at the cradle of civilization in Mindanao, an ancient tribe named Dinagats, the name came from the word Dagat, meaning sea, the tribesmen were real 7 feet tall giants and believed to be born from the union of "gods" and humans. These very large people inhabited the region that is now named the island of Pu, nowadays known as Samal. The other tribes in the region were afraid to go to the island of Pu, the violent giants often sailed across to the mainland to raid other tribal villages, stealing food and abducting their women to become sex slaves. To show the giants superiority they insulted the other tribes by defecating on the kitchen hearth before they retreated to their island.

The neighbouring tribes became weary of the bad-mannered giants and their persistent oppression, so they made a small raft, decorated it with colourful tassels and flowers and prepared delectable but poisoned food for the giants. The raft was set afloat to sea like an offering and it drifted across the waters to the Island of the giants. The Dinagats found the raft at the shore and feasted on the food. The abducted women and their off spring were not allowed to take and eat the food, after days they were the only ones on the island who did not die from the poisoned food. The Dinagats were buried in the caves of the island.

The survivors became known as the Samal, the leftovers or dregs and Samal Island became a "melting pot" for the tribes living around the Davao Gulf.

After the news of the death of the giants spreaded among the tribes, waves of migrants settled in the archipelagic islands where they established small towns and colonies. From as early as 500 AD the early tribes spread towards the southern shores of Mindanao. Settlers along the banks of the Davao River were mainly tribes from the neighbouring provinces of Kotabato, Zamboanga, and Jolo Various groups settled near the shores of the Pacific Ocean, some near the rivers, while others moved to the forests and the hills.

An epic poetry, the Darangan tells a legend of a warrior-prince called Bantugan, he was the brother of the chieftain of the village Bumbaran (Lanao del Sur). Bantugan owned a magic shield that was protected by divine spirits called Tonongs and was capable of rising from the dead. Once his enemies attacked Bembaran, thinking he was dead, Bantugan's soul was recovered and he was able to save the village.

The Mother tribe of all Moro tribes in Mindanao are the Iranun, they originally hailed around Lake Lanao, they occupied and inhabited the coastal areas of Mindanao, Iranun means people of the sea coast. In early times, the Iranuns were pirates; they were once considered the fiercest pirates in the Malay world. These marauders ravaged the coastal populations, in search for slaves and plunder, they attacked merchant shipping and coastal settlements in Mindanao where thousands of tribal people just perished or were seized as captives to be carried off as prisoners who were pressed into service as oarsmen.  Slavery was widely replacing head-hunting. Instead of being be-headed, victims of head-hunters became slaves that were bartered to the Chinese traders or sold to the inland tribe the Magindan.

The expansion of the Magindan (Maguindanaon) tribe started when the Malaysian Sharif Kabungsuwan from Johore arrived in Mindanao, accompanied by a small force of Samal warriors. The Magindan submitted to Kabungsuwan, claiming to be of Hashemite descent, and converted to Islam, some tribes, like the Bagobo refused and fled to the mountains and other regions. Bagobo leaders were fiercely trying to push back Muslim influences in the Southern part of Mindanao.

Chinese trading junks came to the Philippines more then three centuries before the Spanish occupation. The Chinese came and conquered, settled on the island to trade and greatly influenced the culture of the Moros. Chinese traders awarded the warriors of the Bagobo tribe with a Chinese plate, decorated with a blue fish, fore every Moro they killed. These Chinese traders were bushwhacked by Moro bandits many times, but resilient as they were they would regain their trade at the same location The Islamic faith spreaded rapidly from Maguindanao to the coastal areas of Dabaw (Davao) and inland to Bukidnon and Lake Lanao.

Somewhere in the Middle Ages, settlers from neighbouring Negros and Bohol islands and years later families from Bohol, headed by its Chieftain Datu Pagbuaya. established coastline settlements in Mindanao. These settlers suffered the same violent and unceasing raids by seafaring Chinese pirates, named Hai Dao who were burning and ransacking tribal villages, forcing them to establish settlements away from the coastal areas.

In the year 1521, the Spanish navigator, Ferdinand Magellan landed, unintentionally, on the island of Limasawa, south of Leyte, ruled by Rajah Kulambo. They solemnize a blood compact, the first recorded blood compact in Philippine history with a foreign visitor, in which they would drink each other's blood mixed with the native wine, atuba. Later Magellan and several of his men were killed on the island Mactan by Lapu-Lapu, a Moro chieftain, the Datu of Mactan, and his men.

Some years later the native inhabitants of Mactan were defeated by another famous Spanish navigator, though Portuguese by birth, named Villalobos. He names the islands Las Islas de las Filipinas (the Philippines) in honour of the son of King Charles I, Philip II of Spain. Later the Spanish conquistadores landed on Sarangani Island off the eastern coast of Mindanao and took possession of most of the region of Luzon and the Visayas, forcefully converting the lowland tribes, named Indios into Christianity.

The Spaniards nicknamed the newly conquered islands "La Isla de los Pintados" (island of the painted ones) because the natives were decorated with many tattoos. The Indios were indoctrinated by their conquerors and were convinced that they were performing a religious deed by attacking the Moros settlements and forts in Sulu and Mindanao. This fighting, which was known as the Moro wars lasted for some 333 years, eventually, Spain was able to establish some footholds in the Zamboanga peninsula and Northern and Eastern parts of Mindanao. The Spanish armies failed to colonize the Southern parts of Mindanao; The Sultanates in Mindanao were the backbone of the traditional indigenous Islamic culture, the inspiration and strength of those adopting its beliefs and ways, the Islamic faith was an anchor in their defiance of the Spanish occupation.

Mindaoans share a mutual past, foreign conquerers from the past have divided the tribes, togehter they faced opression by intruders and many of them forcefully had to abandon their indigeounous believes and tradition. Looking back at the roots of these tribes it is clear that, they have more in common than they have differences.