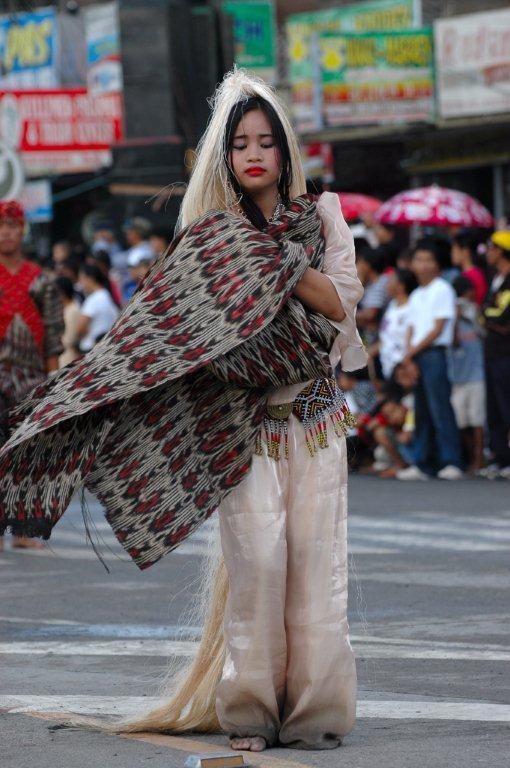 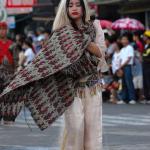 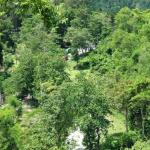 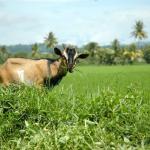 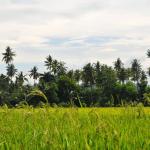 When traveling through the Philippines, living and interacting with the locals, one will undoubtedly experience the beliefs, unwritten rules, virtues, values and myths of the country, which are influenced by indigenous, Western and Asian folklore.

In remote, rural places in Mindanao, people still believe in the existence of supernatural beings, not just in local legends and folk stories, but in actual life as well. The philosophy that good and evil spirits inhabit the environment, such as the spirits of the rivers, seas, skies and mountains is a constituent of every day.

Mount Apo, on the borders of Davao, North Cotabato and Bukidnon, is the highest peak in the Philippines, its slopes offers tropical forest, crystal clear flowing rivers, streams, waterfalls, exotic flora and fauna and is one of the most famous Philippine mountaineering destinations. The breathtaking nature of the Grand Father of all Philippine Mountains does not only bring live but take lives as well. Unfortunately Mount Apo claimed the life of several mountaineers in the past and a number of climbers also died of drowning in Lake Venado, lying at the foothills of the mountain. In April 2008, after climbing Mount Apo, a seasoned mountaineer went for a swim in the freezing and beguiling lake, which many regard as enchanted. Some minutes later he perished in the lake's severe cold water, days after this horrifying event, his body could be retrieved. Hypothermia probably caused the death of the climber, but the occurrence itself is still shrouded in mystery. Urban legends arose from the Venado drowning incident, Mount Apo is considered sacred and home to various spirits that govern nature.

A local chieftain reckons that all mountain climbers must first undergo the traditional "pamaas", an indigenous ritual, performed by the tribal elders to appease the mountain God Apo Sandawa, before they start climbing. The tribe leader of Sitio Sayaban was convinced that the many spirits living on the mountain were disturbed from their peace and demanded a sacrifice to remind the local population and visitors that they do exist.

In the last decades many people were traversing the rugged mountains of Mindanao for various reasons, some of them mountaineers, hunters, treasure hunters and gold diggers, others looking for some kind of shelter or a place to hide. A few of them did not return alive or remain missing till this day. Their deaths and disappearance could be physical, accidental or caused by natural disasters, nevertheless, on this tropical island there is much more that meets the skeptic's eye. Innumerable good and bad giants, spirits and fairies are settled in the higher regions of Mindanao. The locals living in the many barangays in the lush mountains of Surigao, in the northern part of the island, believe that the towering ranges are inhabited by many spirits and mysterious entities. One of these mythical monsters is a Centaur like creature, a demon horse named tikbalang. A tall, bony humanoid creature with very long limbs, lurking in the mountains and forests, known for scaring travelers and causing them to lose their way in the fast wilderness of the area. It usually appears on the night of full moon looking for a female prey that will bear its offspring. A traveller who is lost and imagines that a Tikbalang is leading him astray may deceive the being by wearing his clothes inside out. Another trick is to avoid making too much noise, so the Tikbalang will not be disturbed or offended or one can just simply ask permission to pass by.

Mindanao is filled with strange phenomena's, some are amazing and many are scary. Stories of magic and psychic powers are woven into the Mindanao culture. Sightings of monsters, nature spirits and local vampires even reach the local and national news. The myth of the inherently evil aswang, a ghoul characterized as a kind of vampire that hunts for young children, unborn fetuses or dying persons, is well known throughout the country

September 2004, a 16-year-old boy in Tantangan, South Cotabato witnessed that his 14 year old brother was attacked by an aswang, which was disguised as a big black dog with red eyes. The two boys were sleeping in a small shack, guarding their farm ducks; all of a sudden they heard a squeaking sound outside the makeshift hut. The teenager said that a big black canine, about three feet-high, was about to bite the neck of his younger brother when the creature set its glowering eyes on him. The youngster grabbed his father's rifle and shot the beast, which fled in the darkest part of the rice field. The younger brother was accidentally hit in his right leg and brought to the local hospital. The description given by the bloke fits the physical appearance of a human flesh eating aswang, a supernatural being who has the ability to transform itself into different forms while devouring a prey.

July, 2008, in a vacant lot in Kidapawan city, in the province of Cotabato, three goats were found dead, all of them without inner organs. Residents believed that some kind of folkloric critter was the attacker. A purok official did not believe a stray dog could have killed the animals. It was something that is bigger than a dog or a wolf, something that has supernatural powers; the official pointed an aswang as the culprit. Each goat had at least four puncture wounds on its neck. Two months earlier, a flock of sheep, was also attacked by a mysterious murderer, their bowels were likewise feasted on by the aswang.The local believe describes the vampire as a human being by day and a blood sucking animal by night and blamed for many unexplained deaths, lost children and other unfortunate incidents. The fearsome creature can change into a black cat, a black pig or a black dog. In avoiding its hunters; it usually attacks on or before midnight.

Once in a while people are haunted by evil spirits that can not be seen, felt or heard, the real identity of a person is pushed aside by a wrathful apparition who takes control of their body and mind. Those affected are usually unaware of the true nature of their experience and can not remember what happened after the spirit has left the body. In the Philippines alone, in 2008, more than 300 cases of possession have been recorded and were proven to be demonic in nature.

Just short after reciting a prayer during a flag-raising ceremony in February 2009, about sixty students of a the Lun Padido National High School in Malapatan town in Sarangani province were believed to be bedeviled by an evil spirit, or diwata, that guarded the trees in the compound. A diwata or lambana can bring fortune to those who look after its domain and will harm those who destroy it. After praying, the mostly female, students collapsed instantly. The principal of the school announced that the students went berserk; exclaiming hardly understandable words and about a dozen pupils were acting unnatural. Priests, teachers, pastors and parents prayed together for the recovery of the scholars. It is speculated that the students became haunted by vicious phantoms that were seemingly angered after cutting of bamboo and tamarind trees inside the school compound.

The aswang is the most feared unearthly creature in the Philippines, she has white cloudy eyes and white or black hair, her skin is colored like milk, dressed in a white gown she appears to passing mortals alongside a road or in their cars. She suddenly disappears when the one experiencing this ghost ask somebody else to take a look at her. The White Lady is a female phantom that appears in many rural areas in Mindanao.

At least 20 people were injured in October 2010, when on a rainy Wednesday morning a passenger bus, running at no more than 40 kilometers per hour, slid on a wet asphalt road and turned upside down. A local Maguindanao village chief said a "White Lady" was responsible for the accident that happened in Barangay Pagagawan. His story was confirmed by the passengers of the bus, as well as residents. It is told that travelers should pay their respects and acknowledge the spirits by blowing their vehicles horn, apparently the bus driver did not. According to legends, originating from the ancestors of the village chief, the area where the accident happened is inhabited by spirits and the site is haunted. Locals told that the white lady or ang babaeng nakaputi usually is seen, only by men, at the side or in the middle of the road, just a foot above the ground, dressed in a long, white night dress and with long black hair. This spirit is causing many car accidents, particularly at nighttime. Sometimes the elusive White Lady will show up in a moving car or take the seat beside the driver, leading him to a dead end, a broken bridge or a cliff. A bend in the road near barangay Matulas in Koronadal city, South Cotabato is believed to be the home of another White Lady. Over the last years numerous weird and tragic accidents have occurred on the same spot, some of them could be blamed on speeding or drunk driving, but the cause of many fatal accidents could not be explained and continue to stay a mystery. Local motorists, who encountered the wandering female appearance, are saying they tried to swerve to avoid hitting the White Lady, bolstering the theory that this wayward spirit is causing the accidents. At present many drivers are still blowing their vehicle's horns repeatedly when nearing the Matulas bend, in the hope of a safe passage.

Davao city, the exact date or year is yet unknown, late at night a woman hailed a taxi to get home. The Maligaya taxi, one of the major taxi operators in the city, stopped in front of her and the lady took a seat in the back of the vehicle. Suddenly she felt an unexplainable chill on her spine and the shivers got all over her. Because it was cold that night, the feeling was brushed off as insignificant and was not given any further thoughts. Along the way the woman tried to start a conversation with the driver but he remained silent until the destination was reached. The driver turned his head when she wanted to pay for the ride and asked for the fare, in sheer horror she saw that small streams of blood were flowing from his deformed head, completely terrified she jumped out of the car. After grabbing herself together she turned around and saw that the taxi was gone. Later the woman learned of an urban legend about a Maligaya taxi, holding the number 416, that was involved in a gruesome accident that ended the cab as a total wreck. The driver got killed in the mishap, but it is presumed that his restless ghost was caught between two worlds and is still driving the car in and around Davao. The proprietor of the Maligaya Company absolutely denied the story, claiming the taxi with the number 416 never existed.

Mindanao is amongst the most beautiful and mysterious travel destinations of the Philippines, but when moving around this fascinating island, keep in mind you will respect nature, be aware of  aswangs, and white ladies, do not forget to generously tip your taxi driver and understand that there are many more evil and blood thirsty creatures that could be roaming this Southern part of the country in search for a prey. It will be up to you to find out what fact is and what fiction is; anyhow, at the end of your trip you will surely discover that Mindanao is really more than the usual.