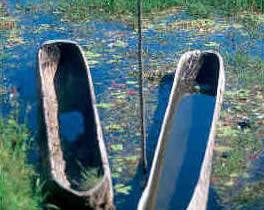 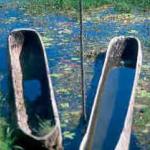 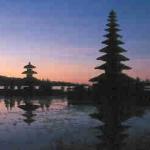 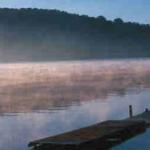 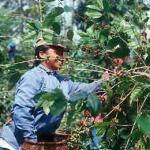 Writing this story is not going to be easy. It's bit like trying to describe a wooden box, not knowing whether you're on the outside or the inside, or stuck somewhere half-way through the walls.

The problem is coming to terms with the Balinese way of relating to things.

So, how do you put three dimensions onto a 2D map? You don't. The only way it can be done is by reference to yourself.

If you ask a Balinese the way to the post office, the answer is likely to be "turn east", instead of "turn right". If you remember that "east" means with reference to yourself, you get the right answer. Otherwise, you could end up at the bank, or even worse.

In Bali, direction and place are fluid in the extreme. To the Balinese, the world "out there" is just a very pleasant illusion. Balinese sages say that in reality, you ARE the world. But personally, I'm not very sage. I'm still stuck halfway between seeing things "out there" and the Balinese way of "seeing".

I still wanted to see a little of the Bali "out there". Escape for a moment from the culture collision of Kuta, and put myself in a place where my ethnic life-raft would be a little untethered. Take to the hills, where even the stars twinkle differently, and things are never quite what they seem.

Friends had recommended a trip to the three great lakes of Bedugul, in the cool highlands of central Bali, a welcome escape from the "ngak-ngik-ngok"* of Kuta. In the Balinese directional scheme, Bedugul is "up", hence purer and more refined than "down there".

I left Ubung station in Denpasar (which is a lot lower) in a bemo bus (which is lower still). As usual, the driver refuses to leave until the passengers are squashed together like slave sardines crammed into a can.

As the road climbs in giddying leaps around the hillsides, the air becomes chillier. "Dingin!", say the passengers, covering themselves against the dreaded cold- demon, as the mountains start to command attention, giving a more rarefied air and demanding in return a more reverent homage.

Eventually we reach the serene Lake Bratan. Even the swirling mists can't hide the Lake's primordial beauty, wrapped as if in different directions by clouds and lotuses.

Nothing in Bali is meant to stand out, but the lakeside temple Pura Ulan Danu Bratan DOES stand out, its thatched roofs starkly punctuating the sky. I'm not capable of describing its full effect, except to say that the viewer is rivetted, struck eye-dumb by a perfect juxtaposition of space, water and brick. The best time to take in the spectacle is early morning, as the rising sun dyes the Lake purple, then crimson, then orange, and then finally the sun breaks out, gilding the temple towers with a gleaming radiance that seems to betoken the re-creation of the world.

The 17th Century Pura Danu Bratan temple is said to have been built by the Pandé or blacksmith clan of Bali, some of whose members place themselves even "higher" than the Brahmin priests. Needless to say, this has caused some indignation among the priestly class, who have variously shunned and even ostracised the temple community. But this doesn't seem to concern the blacksmiths, who point to the sacred kris as being symbolic of the magical powers of metal.

At the Taliwang restaurant (specialising in Lombok-style food), superbly situated with a balcony hanging right over the Lake, I meet a group led by Pak Adam, a Muslim from northern Bali. "I used to be a journalist", he says. "But then I bought a beef-cattle abattoir. There's more money in it".

Pak Adam... a cow butcher? You'd think that in Hindu Bali such a person would be lower than a pus-sucker's podiatrist. I was careful not to touch his money (had it been offered), until it transpired that, despite his calling, Pak Adam and his entourage were quite charming people - reserved, self-effacing and quietly-spoken.

I Putu Sudiatnya is a Buddhist from West Java, married to a very gracious higher-caste Balinese lady. Together they run a shop and a tour operation in Candkuning, on the shores of Lake Bratan. I'm privileged to visit the "other" Bedugul with them.

Lakes Buyan and Tambeling are much larger than the more-developed Lake Bratan. Seen from above, they resemble a pair of spectacles, with a narrow channel connecting the two "lenses". The road is a fantastic construction, running all the way along a high ridge to the north of the lakes. Right atop the saddle, with superb views over the two lakes, is the Puncak Bagus Coffee Shop, serving a mean brew made from locally grown beans.

On the shore of Lake Tamblingan (reached by a fair-to-atrocious side-road), a team of villagers under the direction of village chief Made Dharmawan is hard at work restoring the ancient temple Pura Gubug. Thatch is made from the leaves of the palm-sugar tree, the strands being soaked, coaxed into submission, then cut to size. The whole reconstruction is a huge operation, but a task that the villagers are doing out of sheer devotion.

Back at Candikuning, I take a walk through the huge Kebun Raya gardens. In between the Araliaceae and the Kolleksi Dewa Yudhnya (I don't know what it means, but it sounds like a group of plants from nirvana), the stillness seems strangely out of place, despite this being on one of the most densely populated islands on earth. I relish the silence, knowing that the next day I'll be back in Kuta crazyland.

From Bedugul to Kuta, there are a lot of different Balis. Or at least there were, until my mobile phone rang.

"Where are you?" asked a voice at the other end.

I was stumped. Didn't know how to reply. Did "where" mean in the absolute or relative sense? A la Bali or à la "other"? Was I "here" or "there", or somewhere on the outside looking inside-out?

One thing is for certain: in a world where place no longer has any meaning, the mobile phone would have to be a Balinese invention!

Ansett Airlines flies regularly from Perth, Melbourne and Sydney to Denpasar. From Denpasar's Ubung bus terminal, a bemo (minibus) to Candikuning costs Rp 5,000 (about 50 cents US). Alternately, much more comfortable shuttle buses from Kuta/Legian can drop you at Candikuning, for Rp 40,000 ($US5).

Recommended: Enjung Beji Resor (Tel +62 368 21490, fax +62 368 21022), with cottages set in many hectares of gardens. The cheaper cottages are some distance from the lake, but you can still enjoy the outdoor lakeside dining, with several garden pavilions in between the restaurant, coffee shop and tennis courts. Best of all, the Temple is within a couple of minutes' walk. Cottages sleeping up to 6 people range from Rp 175,000 ($US20) to Rp 600,000 ($US65) a night, including breakfast and afternoon tea.