SENTO - Oasis of Everyday Life in Japan: An Interview with Photographer Markuz Wernli 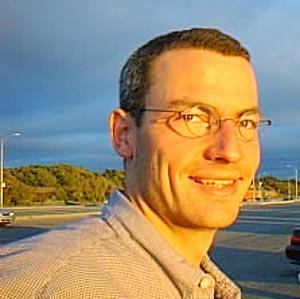 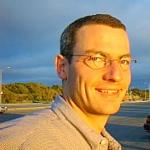 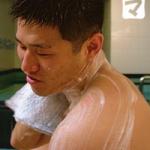 "Photography helps me to record and share the small daily wonders and insignificant visual sensations that I am privileged to witness ? the precious, short moments when life suddenly comes to a halt. I am intrigued by rediscovering what seems ordinary or what we simply take for granted." --Markuz Wernli

Having grown up amid the bubbling sulphur springs of the famed Swiss spa village of Baden, is it any coincidence that photographer and designer Markuz Wernli has focused his camera on the steamy world of the Japanese sento? And what paths guided Markuz from his quaint hometown resort to live in a tiny house next to Ginkakuji, Kyoto's Silver Temple? And how did his thirty-six photographs of a Japanese sento come to be featured at the Noodle Gallery, a small but prestigious venue on the fringes of San Francisco's Chinatown? No doubt, Mr. Wernli has a tale to tell.

Markuz Wernli was born in the heart of Europe, in Baden, an ancient hot spring city in the German part of Switzerland on leap year day of 1968, into a working class family where, as he puts it, "art was a fairly outlandish thing." He earned a bachelor's degree in jewelry design which, by his own admission, "turned out to be a bit too traditional to my taste." So in 1989, after serving in the military, he returned to the School of Art Zurich, where he earned a Master's in Graphic Design.

Since then, his career has led him to Camden, New Jersey, where he worked on a social internship with a Lutheran parish in an impoverished inner city; then to Yerevan, Armenia as a youth worker to help build up a network of youth groups in this transitional country which had just become independent from Socialist regime; and later to San Francisco, attracted by the boom of the Internet and new media, where he worked for several start-ups as a designer. His impressive resume also includes leading a design team for the development of San Francisco State University's website; FutureBrand's product identity and packaging for food, cosmetics, fragrances and pharmaceutical brands in the New York, London and Hamburg branch offices, directing photo shoots and TV commercials for NOW Advertising Agency in Basel, Switzerland.

"After the burst of the dot.com bubble," he says, "I got stuck with a frustrating job and it was time to try something new. By that time I had lived for 5 years in the Bay Area and many Japanese friends which made me curious for Japanese culture. Ergo I moved to Kyoto about three years ago. I live in a tiny house in the northeast section of Kyoto, next to the Silver Temple. It's a lovely area at the foot of the Eastern hills, which shelter lots of old shrines and temples. Even though we're located next to famous sights such as the Path of the Philosopher and Ginkaku-ji, it's a quaint, mellow neighborhood. The good thing is that I can reach all major parts of Kyoto by bicycle within 40 minutes. And Japan serves me as a base to travel throughout Asia."

When he isn't indulging in his favorite pastimes, which include swimming, hiking, baking bread, and spending time with his wife Yuka, Markuz keeps busy earning his livelihood in a number of interesting and widely varied ways. "My passion is in photography and experimental art in public spaces," he says. "On one hand I do photo assignments for books and periodicals on subjects relating to everyday life and culture in Japan: I just published a photo book on modern Japanese gardens, and contribute frequently to Kyoto Journal and Kansai Timeout; I also do independent photo series on communal spaces like old sweets stores, or bath houses: found places which are out of the mainstream and not to be found in guidebooks, but which fulfill an important social purpose. On the other side I am in a low-residency Master of Fine Arts program, where I research the mechanisms in everyday urban environments, and how they influence human communication and behavior. Currently I also have two small lecture assignments at the Kyoto Design College."

When asked how he made the leap from graphic design to photography, Markus replied, "Photography is integral part of graphic design where my educational background is. Way back from art school I got some technical priming in photography and otherwise I just started to play with it. The more I moved away from commercial design, the more I was looking for media which better captures the moment, the ephemeral, the emotional. It was a natural development to move from the accommodating medium (design) to the accommodated medium of contents (photography). Like most visual artists (contrary to most writers) I explore more and more various different media and experiment these days also with video and interventional public installations."

Markuz describes himself as "a collector of things beautiful, odd and found. Be that discarded cigarette packs from China, weird sign posts or the towels from outdoor spas." He also says that, "Reading is essential for my spiritual and mental well being. And Hatha yoga and a swimming are indispensable for my physical content. I also find hiking and walking utterly relaxing, offering me a space for reflection."

With varying fluency in several languages, including German, English, Japanese, Armenian, French, HTML and Javascript, he jokes, as well as the language of hands and smiling, Markuz says that his travels have taught him to "moderate my expectations and become more receptive for the moments and encounters confronting me. When meeting people of a foreign culture I listen more to my intuition. Also I am grateful that my life grants me the privilege to travel and see so many different worlds."

Regarding the philosophy by which he lives his life, he reflects, "I try to live simply and appreciate what I have, attempt to give more, and learn to expect less. There is this famous quote form a Buddhist priest which goes something like 'Life is like wearing the world as a loose garment'. I totally dig that because I am often way too serious and attached to things."

And in parting, Markus shared these words of wisdom: "Nothing is too mundane to be interesting. When things look stale and bland, please open your eyes and look again: there is a lot to be discovered in the ordinary."

His upcoming exhibition, SENTO - Oasis of Everyday Life in Japan," thirty-six photographs of a Japanese sento on display at the Noodle Gallery September 9 - 13, 2005, offers a vicarious glimpse into a world that few people outside Japan will ever see, and even fewer will experience for themselves.

In his press release, Markuz explains, "Sento is the name for Japanese public baths and literally means 'coin bath'. It is an unpretentious communal space for cleaning one?s body and soul. Folks who don't have their own bath or shower at home frequent their neighborhood sento every night. The sento offers not only a space for conversing and elaborate washing rituals, but also refuge for arcane brands of soaps and beverages. Unfortunately, these gathering places and hubs of cleanliness are gradually disappearing in Japan as modern life progresses."

Yet in these thirty-six photographs, the result of a two year documentation in collaboration with two public bath houses in Kyoto, Markuz Wernli creates a masterful mosaic of images that collectively convey the hidden and vanishing world of the Japanese sento, from the noren curtains that hang in the entryway, to the intimate hygiene rituals of his fellow bathers.

In answer to the question of whether his childhood in the spa town of Baden had any influence on his fascination with the Japanese sento, Markus recalls, "I grew up in this ancient spa town of Switzerland, where already the Romans healed their wounds while battling the Northern tribes 2000 years ago. But honestly in my childhood I had not much affinity for old spa hotels and mud cures. I was always interested in places and locations where communities converse, where the private meets the public. The sento is just that in Japan. So when I started to tutor a German language student who worked at a local Sento I knew right away that I wanted to do a photo documentary there. This student became a good friend of mine and gave me and my camera unlimited access to "his" Sento, which he cleaned and maintained. Good human relationships are key for a photographer."

And why an exhibition venue so far from his home in Kyoto? Markuz explains, "I worked on the bathhouse series over the past two years and didn't have the capacities to do something with it since I was just too occupied with the garden book project. I kept wondering though what other people see in these photographs, especially since for most Japanese they represent everydayness, and for young Japanese a thing from the past. In order to reach an international audience I put up a presentation on my website and got such positive feedback from the US and Europe that I felt obligated to do some sort of an exhibition. In spring I had friends visiting from San Francisco who told me about the newly opened, independent Noodle Gallery which is run by their friend Travis Curl who's working at the same new media design company in SF I was employed as well until four years ago... Great thing the timing for the show worked out. It's all about networking I guess."

COST:
Free and open to the public.
36 photographs are on show and available for purchase.