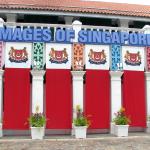 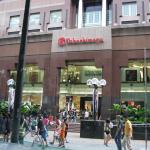 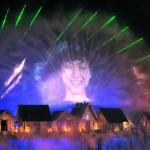 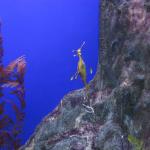 I had one of my worst bouts with insomnia on the eve of our departure for Singapore where I, along with my seven companions, took the plane bound for Davao in southern Philippines. Having slept for less than three hours, I felt enervated but the thought of visiting the city-state kept me up on my toes even as we took the six-hour travel from Kuala Lumpur to our destination.

Days before our visit, I had visions of what we would be seeing in Singapore: sparkling skyscrapers, immense shopping malls, tree-lined avenues, lush, manicured parks. Of course, there’d be squads of policemen roaming the streets of what I consider the penal capital of the world, where you could get into trouble with the law if you’re caught bringing in chewing gum, smoking in air-conditioned places, or littering the sidewalks. Images that were shaped largely by what I’ve heard and read about the country.

Although I took the little that I’ve known about Singapore’s criminal justice system with a grain of salt, I couldn’t help but feel a bit anxious about going there. You know that sinking feeling that bugs you when somebody tells you, “I’ve got a surprise for you” and you ask what it was and he won’t tell you? Well, that’s exactly what I felt as our day of coming neared. I’m not so fond of surprises, thus, the nagging thought of what awaited us there kept me uptight.

But my perceptions about the island-state somewhat changed when we finally went there for our quick visit, which, if I’m not mistaken, lasted for only 18 hours. Brief as it was, the sojourn showed me a side of the country that’s the opposite of the island of fear I thought it to be. Singapore seemed like a whole new world, dynamic, futuristic, and more prolific than neighboring Malaysia. It’s a nice, orderly, hygienic and high-tech city-state that offers its people one of the highest standards of living despite the seemingly restrictive and less democratic setting. And the more I saw of it, the more I liked it.

Of the more than 60 islands that make up the city-state, it was in Sentosa where we chose to spend most of our time. Located in Singapore’s southern coast, Sentosa, whose name means peace and tranquility in Malay, is a popular resort with world-class pleasures and attractions, including Fort Siloso, Imbiah Lookout, a stretch of sun-kissed beaches, two golf courses and two five-star hotels.

Back in Malaysia, we had two options on how to make use of our time in Singapore: explore the big island or escape into one of the smaller islands. All of us, except for one colleague, opted for the second alternative knowing full well that we’re walking into a known tourist trap. Nobody seemed to mind though even if the tour in the resort would burn a hole in our pockets. Sentosa’s tempting treats were simply irresistible. Besides, it isn’t everyday that you’ll a get a chance to bask in the many treats that the fantasy world offers to its visitors.

Arriving at our hotel at Orchard Road, we readily made arrangements for our escapade to the resort. Minutes later, a shuttle service came at the hotel to fetch us and all the other tourists from other hotels in downtown Singapore. The bus then dropped all of us at the terminal of HarbourFront Tower II where the cable cars leading to the island are stationed.

The quick journey to Imbiah Lookout from HarbourFront station — which lasted for less than ten minutes — took our breaths away, delighting us to an awesome bird’s-eye-view of the island and the shimmering blue waters of Keppel Harbor. If it weren’t for the overcast skies, the view of the deep blue sea, dotted by several large cruise ships either on the move or docked far down below, could have been more picture-perfect.

Upon reaching Imbiah, the tour guide immediately ushered everyone to a large building with a sign that read “Images of Singapore.” Inside, we went back in time while watching “Four Winds of Singapore”, a depiction of how the country’s founding fathers, representing  its four main ethnic groups — Chinese, Malay, Indian and Eurasian — carved an island nation out of the former trading port.

We then moved on to experience “Singapore Adventure”, a walk-through of the country’s transformation from a sleepy fishing village into an economic powerhouse,  which was skillfully told through a diorama featuring life-size wax figures and tableaus depicting episodes in Singapore’s history. “Singapore Celebrates”, the last leg of our historical journey, featured its different cultural festivals, presented through a series of sets showcasing the Chinese New Year, Christmas, Deepavali (Indian Festival of Lights) and Hari Raya Puasa (Muslims’ celebration of the end of Ramadan, a month-long fasting).

From Imbiah, we hopped into the bus that shuttled us to Dolphin Lagoon in the middle of two fine beaches, Palawan and Tanjong, whose white sands seemed to have been hauled in from somewhere. There, we had fun watching Sentosa’s gorgeous pink dolphins perform their acrobatics. The show also had a “meet-and-greet” session with the lovable creatures, affording some lucky members of the audience the chance to wade into the lagoon’s shallow waters to touch and feed them, including some photo ops, under the trainers’ guidance.

The entrance ticket to the dolphin show included a peek at Underwater World so we again boarded the bus and moved to Siloso Point, which is at the western part of the island. At Underwater World, the hidden life of the sea unfolded before our captivated eyes as we plumbed the depths of the underground living museum that houses some 2,500 marine and freshwater animals of 250 species from various parts of the world.

Inside the oceanarium, a travelator moved us along a submerged glass-encased tunnel from which we watched at close range a plethora of underwater creatures including stringrays, eels, turtles, jellyfish, sharks, sea cow (also known as dugong) and other fishes, many of which I haven’t seen before. What really struck me most, aside from the sea cow, are the leafy and weedy sea dragons — reportedly cousins of seahorses — which can be easily mistaken for drifting seaweeds if viewed from afar. Geez, they must be one of those missing links between flora and fauna!

Still mesmerized by our “sojourn into the depths of the sea”, we gladly traveled back to the Imbiah Lookout where another exhilarating surprise awaited us — the Skyride chairlift. Coming down from the top of a lofty hilltop, the thrilling ride aboard the chairlift treated us to the main island’s impressive seascape with numerous ships moving in and out of port as twilight approached. Up there, we also had a sweeping glimpse of Sentosa’s beaches as we descended over the canopy of trees under us. The ride can be quite scary for the faint-hearted; you’d feel like sitting on a bench floating a thousand feet above the ground!

Finally, we capped the night at the resort by watching a spectacular water show near Siloso Beach, which seamlessly combined live characters, technology and computer imaging. Billed as “Songs of the Sea”, the multi-sensory extravaganza enthralled the audience with its dazzling display of water jets, lights, lasers, flame bursts and other pyrotechnics, which, together with striking computer images, created a fantastic audio-visual feast. The show, with its captivating musical numbers performed by a live cast, brought down the house, drawing ohs and ahs from the crowd who watched it from an open-air viewing gallery.

And then the lights went out and the show was over.

As I took one last glimpse at the resort, leaving it suddenly became a bittersweet episode of our short but sweet visit to Singapore. For I realized at that instant that it would probably take quite a long time before I’ll get to revisit the place. Nonetheless, I still found myself putting Sentosa and the rest of Singapore on my “must-come-back” list of destinations.