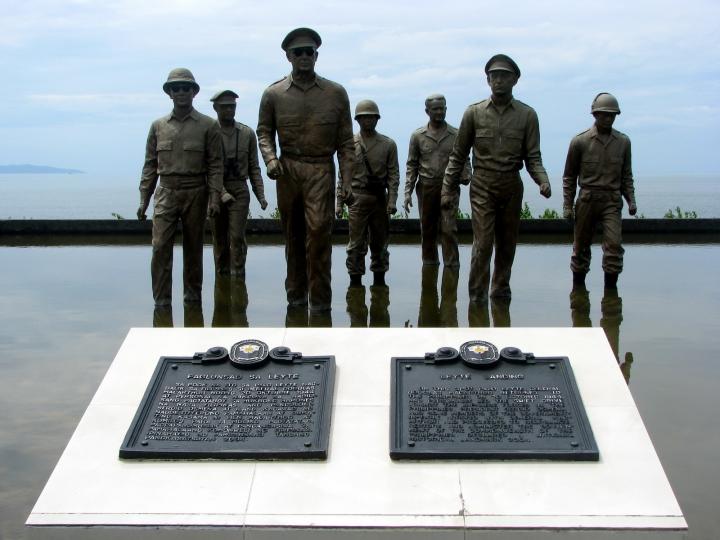 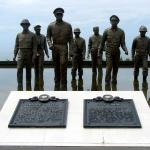 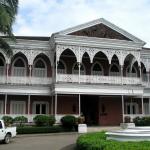 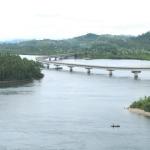 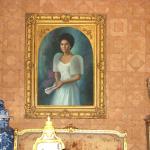 Ask a Pinoy on the street what comes first to his mind whenever Tacloban City is mentioned, and, chances are, Leyte and Imelda Romualdez-Marcos would pop up among the most common answers.

Leyte, one of the Philippines’ historic island-provinces, has Tacloban for its capital. The highly urbanized city, with its thriving commerce, industry, trade and tourism also happens to be the regional center of Eastern Visayas or Region VIII, which is composed of Biliran, Eastern Samar, Leyte, Northern Samar, Samar (formerly Western Samar) and Southern Leyte. These provinces are found in three easternmost islands belonging to the Visayas: Leyte, Samar and Biliran.

To many Filipinos, Tacloban is also synonymous with the country’s most colorful and controversial first lady to ever live in Malacañang Palace. Well, this isn’t really surprising since Imelda spent her childhood and young adult years there. At 18, she became the city’s unofficial ambassadress of goodwill, enthralling visiting politicians and dignitaries with her songs. Her singing prowess and stunning looks earned for her the title, “Rose of Tacloban.” For decades now, Imelda’s clan, the Romualdezes of Leyte, remains the mightiest political dynasty in the whole province.

Her detractors may dispute it but Leyte is undoubtedly Imelda country, at least during the time when she was still in power. She helped pave the way for Tacloban to reach its current status as one of the country’s fastest growing cities through the multimillion infrastructure projects that she ordered to be built there and in the entire province. First, there’s the San Juanico Bridge, the two-kilometer span connecting the islands of Leyte and Samar, crossing over San Juanico Strait — reputedly the world’s narrowest navigable strait. It was during the Marcos years when Tacloban gained greater national prominence with the completion of the bridge that’s considered the longest in the country and, for a time, in Southeast Asia. The serpentine span is sometimes referred to as the “bridge of love”, allegedly a gift of the late dictator to his wife.

Other projects associated with Imelda include the coconut tree-themed Leyte Park Resort Hotel and the imposing Greek-inspired library and information center, both in Tacloban, the geothermal power plant in Tongonan, and the rest house in Olot that’s now being rented out to tourists, among others.

But there’s more to Tacloban that I wanted to see other than the landmarks associated with the former first lady who gained notoriety for her shopping sprees to the world’s most luxurious boutiques, ostentatious collections of shoes, gowns, jewelry and artworks, extravagant parties and flamboyant beautification projects amidst the poverty that plagued her country. I’ve been hearing so much about the city’s renowned treasures — its rich historical, religious and cultural heritage — which stirred my interest to go there. Fortunately, I had some official business in nearby Catbalogan City in Samar, affording me a chance to segue to Tacloban. The trip also took on some nostalgic significance as it was my first time to set foot on Leyte where my great, great grandparents on the maternal side originally came from.

Like many other towns in the province, Tacloban is known for its devotion to the Sto. Niño (Holy Infant Jesus), even naming its church after him. Located at the corner of Real and Zamora Streets, the Sto. Niño Church houses the miraculous image of the venerated infant. Each year, the city becomes the center of religious and cultural celebrations in honor of the child Jesus, particularly towards the end of June. Fluvial parades and the Pintados-Kasadyaan festival are among the colorful activities that form part of the annual feast.

For her part, Imelda, who must have been a staunch devotee of the Holy Child, has put up a magnificent landmark right in the heart of Tacloban — the Sto. Niño Shrine and Heritage Museum — which is often confused with the church. Located in Real Street, the sprawling two-storey building was one of the numerous presidential rest houses that the late president had built. I got curious about this edifice for it’s been said to house some of the most astonishing assemblage of Imelda’s extravagance so I, together with my hosts, wasted no time in going there.

To gain entrance, we paid a fee of Php200 (or about US$4) for our group, inclusive of a guided tour. The guide then asked us to take off our shoes and wear one of the available slippers throughout the duration of the tour. Entering the shrine, we found ourselves inside a chapel that dominates the entire ground floor. I immediately noticed the altar where the image of the Sto. Niño is prominently displayed, encased in glass and surrounded with tiny lights. There are also several rows of wooden pews that can accommodate about a hundred people. An elegant array of chandeliers illuminates the entire chapel. It was, according to the guide, Imelda’s personal altar.

On each side of the chapel, I saw several rooms and asked the guide what’s inside them. He said these were reserved for the Marcoses’ guests and visitors. Each of the rooms was tastefully embellished with unique motifs that represented the original 13 regions of the country, and featured dioramas showing Imelda's metamorphosis from a naïve town lass to the most powerful woman in the land.

We then proceeded to the upper floor of the building which contained the rooms occupied by the former First Family. Hanging on some of the walls there are the paintings of the Filipino masters Amorsolo and Malang. Moving further, we found a 30-seater dining room and a large ballroom which was said to be a replica of the one at Malacañang. There’s also a wooden bas-relief of Malakas at Maganda, the legendary first Filipino man and woman. As we moved from one room to another, we finally came upon Imelda’s precious collection of objets d'art, paintings, sculptures, curios, and what have you. We could only shake our heads in disbelief at the gaudiness and lavishness of it all — jars and porcelain from China, rugs and draperies from Belgium, tiles and leather from Italy, floor carpets from Argentina, period furniture and fixtures from France and Britain, and many more.

It was at that point when I began to ponder why the place was called a shrine. From what I understood, a shrine is supposed to be a sacred building or structure containing the remains or relics of a saint or a holy person that serves as an object of veneration or pilgrimage. True, there’s the image of the Holy Child downstairs. But why are there no masses being held there? Why are there no devotees nor pilgrims praying and offering flowers? Oh, well, Imelda must have her own definition of what a shrine ought to be. Perhaps she thought it’s a place where she can whimsically put together under one roof the innocent and the iniquitous, the sacred and the sacrilegious, the virtuous and the vicious.

Having seen enough imeldific excesses in a matter of hours, I asked my hosts to take me to the more relevant historical attractions of the city, particularly those related to its involvement in World War II. During that time, Tacloban, along with the towns of Palo and Dulag, gained worldwide prominence because of the so-called Leyte Landings, which signaled the liberation of the Philippines from the hands of the Imperial Japanese Army.

On October 20, 1944, American assault troops under the command of US General Douglas MacArthur, together with Commonwealth President Sergio Osmeña and General Carlos Romulo, landed on the beaches of these towns. MacArthur’s return eventually led to the Battle of Leyte Gulf, considered as the greatest maritime engagement of all time, in which American naval forces, with the help of Filipinos, destroyed the Japanese fleet.

To commemorate this historical feat, a memorial was erected, unfortunately, not in Tacloban but at Red Beach in Palo, which is barely a ten-minute ride from the heart of the city. It was my last few hours in town so I didn’t pass up the chance to visit MacArthur’s Park. It used to be called Imelda Park but after the Marcoses left, it was rightfully restored to its original name. Today, it stands as a memorial to peace and valor rather than a symbol of war. On its still grounds, I noticed some townspeople strolling, conversing, bonding with each other. I’ve seen this landmark only on TV so the sight of the real thing amazed me.

From where I stood, the sheer beauty of the scenery was awesome. Spread out before me were the azure waters of San Pedro Bay under clear blue skies, highlighted by the rugged contours of Samar’s mountains at the distant horizon. The serenity of the seascape, however, failed to steal my attention away from the main attractions that I’ve wanted to see — the statues of the liberators led by the American general. Cast in larger-than-life bronze, MacArthur, along with Osmeña, Romulo and other high-ranking officials, walks ashore, head held up high, so conscious of his pivotal role in one of the most unforgettable moments in world history.

Watching this depiction of the fulfillment of MacArthur’s “I shall return” pledge, I couldn’t help but feel some regret over the landings and the subsequent bloodbaths that claimed countless Filipino lives. Were they worth it all? What if the US just reneged on its promise and launched its offensive elsewhere or directly towards Japan? Perhaps that could have spared us from so much misery and death. But then again, the damage that’s been done can no longer be undone. For whatever good MacArthur’s return brought us, this country owes America.

However, by putting up landmarks here and there, by naming our streets and bridges after the US general, by commemorating the landings with pomp and pageantry, I guess we’ve paid our dues. Now, with America having very little interest and respect in us, the glorification of what she’s done for the Philippines during the war has long outlived its relevance in a world that’s facing so many wars against terrorism, poverty, disease and climate change.

So, for our own good, let's redirect our energies towards deeds that not only extol the gallantry of our own soldiers who’ve died during the war but also foster the well-being of those they’ve left behind. Maybe this is where Imelda should start channeling some of the fortune the Marcoses have amassed all these years.