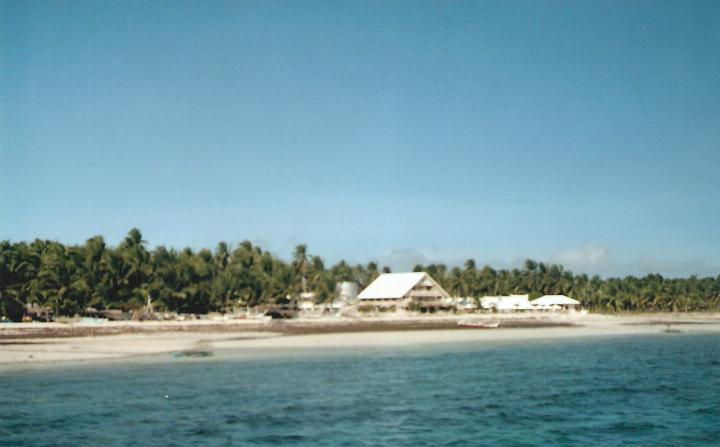 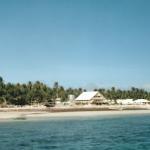 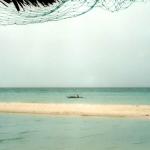 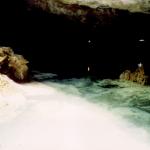 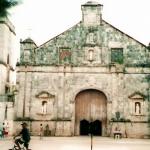 Sparkling like a precious gem in the vast seas of the Visayas, the historic island-province of Cebu has long been one of the prime tourist come-ons in this part of Asia, luring not only locals but also foreigners to its shores. For there lies in the oldest Spanish settlement in the Philippines a plethora of natural and man-made wonders that make it a favorite destination of beach bums, divers, picnickers, trekkers and adventurers wanting to escape the tedium of everyday urban living.

Still unknown to many, there’s a fascinating place in the historic province that offers jaded city slickers the much-sought breakaway from the crowd, the noise, the pollution, and the hectic frenzy of city life — Bantayan  Island. With its crystal-clear waters and long stretches of white sand, the island is one slice of paradise where you can do practically anything under the sun: stroll, sight-see, sip, sup, sail, swim, snorkel, scuba-dive, or just sunbathe.

I first heard about Bantayan’s numerous must-sees — centuries-old church, historical shrines and landmarks, world-class resorts, pristine white beaches, sparkling clear waters, and a host of other interesting natural and man-made endowments — from friends who’ve visited the island not just once but many times over. Fortunately, it didn’t take long before I was able to go there to hibernate after attending a conference in Cebu City. From what I saw a few summers ago, this emerging magnet for tourists truly has numerous amazing sights and sizzlers that can keep you awed and on a seemingly endless high.

The richness of Bantayan’s natural resources has gone a long way in keeping the economy of its three towns -- Sta. Fe, Madridejos and Bantayan – afloat all these years. Aside from their scenic appeal, the island’s azure waters are excellent breeding grounds for different kinds of fish. A sizeable portion of the catch are usually dried or salted for shipment to markets in Cebu, Negros and to other faraway destinations in Metro Manila, Luzon and Mindanao. It also boasts of a thriving poultry industry that produces thousands of chicken eggs every day that can meet the demands of mainland Cebu, Negros, Panay and Leyte, earning for it the title, “Egg Basket of the Visayas.”

From Cebu City, you can reach this hideaway in the northwestern tip of the province by taking either taxis or vans for hire the moment you land at the airport in Mactan. But this option can be very expensive, especially for those who are going there on a shoestring budget. The cheaper alternative would be to take the bus plying the route to Hagnaya in the town of San Remigio, the gateway to the island. I also heard recently that there’s already a roro vessel that sails from Hagnaya to Sta. Fe, allowing travelers to take along their cars all the way to the island.

To get to Bantayan, I opted for the inexpensive choice, riding one of the buses at the city’s north terminal for the three-hour journey. The long ride afforded me a glimpse of Cebu’s breathtaking coastal towns such as Liloan, Carmen, Compostela, Sogod, and Bogo, among others. I also had a chance to take a peek at the city of Danao, including its most famous landmark, the 254-year old Sto. Tomas de Villanueva Church, which I hope to visit one of these days.

From the port of Hagnaya, I boarded one of the inter-island ferries that sailed to Sta. Fe and back. It took us about an hour to reach the island’s main dock. Because of its nearness to several fine resorts, I stayed in Sta. Fe, where you can find a variety of accommodations that ranges from the cheap to the steep. The choices include cottages, guest houses, and resorts bearing such exotic names as Budyong, Kota, Marlin, Hoyohoy, to name a few. While strolling in the island’s white-sand stretches, I noticed some tourists, who were probably on a tight budget, pitching their tents along the beach, renting the area for the duration of their stay in the island.

Getting around Bantayan isn’t a problem. There are a number of habal-habal or motorbikes that are up for rent at negotiable prices. A habal-habal can carry as many as three people. If you can’t drive one, better hire a guide who’ll drive you around the island aboard his bike. On my way to the beach, I was accosted by one of the fellows gathered outside the resort where I stayed, offering to tour me around. After some negotiation, we reached a compromise and began the exhilarating joyride from Sta. Fe to the two other towns of the island.

Our first stopover was the town of Bantayan where I dropped  by the centuries-old St. Peter and Paul Church. Said to have been built in 1839, the stone edifice done in Baroque style is a source of pride and a monument of faith among the locals. Then, we went to the town market to look for dried fish and squid which I had promised to bring to the folks back home. Then we hopped from one beach resort to another, exploring the island’s white stretches and taking a dip in the cool waters.

Bantayan, however, is not only renowned for its pristine beaches; it also boasts of many caves scattered all over. One of the more accessible ones is Ogtong Cave, an underground cavern which has a natural pool. Around the area, the Sta. Fe Beach Club was developed and those wanting to see the cave have to pay a minimal fee at the resort’s front desk.

The whole day adventure that enabled me to round the island turned out to be one of the highs of my escapade. As the driver maneuvered his way through the highs and lows of the beaten track, I caught glimpses of the island’s bucolic beauty here and there — verdant  rice paddies; lush mangrove forests; nipa shanties dotting the fertile, sunlit expanse; farmers astride their beasts of burden; fowl, pigs and dogs scampering every which way as we approached them. The idyllic visuals had a soothing effect; I felt light and at peace with the world, as if a cumbrous burden were taken off my shoulders.

Later that night, I hit town for some fresh seafood and frothy suds in a little bistro in Sta. Fe, where I found myself in the company of a few night owIs. The bar where I had my drinks, like many of the nearby establishments, is owned by a European who had married a local. You can either enjoy the videoke in those bars or just listen to the bands performing live. After having my fill, I went to the beachfront and saw a handful of people walking around. If that were another resort, say Boracay, I would have been rubbing elbows with throngs of tourists, especially during the summer months.

If you go for wild parties at sundown, Bantayan will disappoint you. The nightlife there pales in comparison to Boracay. But I wanted some serenity so I was just too pleased to have finally found that in the island. It’s simply the ideal place for relaxation and self-exploration, where you get to enjoy the sun, sea, sand and silence of the island's surroundings.

Days passed. Then it was time to say goodbye to those wonderful moments in Bantayan. While waiting for the ferry that would take me back to Hagnaya, I overheard a couple talking about the fun they had, saying the island’s going to be the next Boracay. I shuddered at the thought. Heaven forbid, I told myself.  In silence, I offered a prayer of gratitude for the chance to visit the sanctuary which, I believe, still remains one of Cebu’s best-kept secrets. And for all it’s worth, I also pleaded that Bantayan would be spared from the onslaught of crass commercialism that has diminished, if not, completely destroyed the splendor of other island destinations in the country.