The T'boli Tribe of South Cotabato. 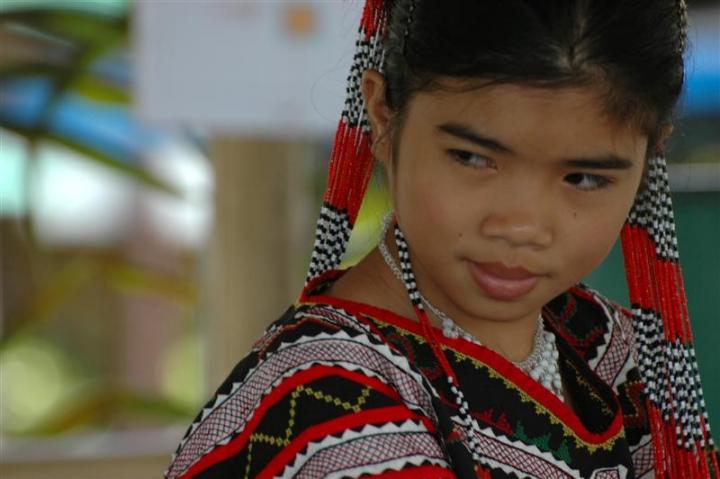 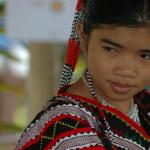 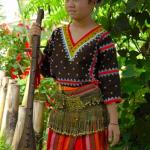 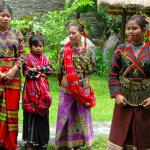 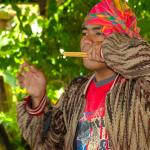 More than 40 different ethnic groups can be found in the Philippines. There are 18 tribal groups on the island of Mindanao. The most well known is the T'boli Tribe, that lives in the province of South Cotabato, around lake Sebu. Since the arrival of settlers originating from the other islands of the Philippines, they gradually moved to the mountain slopes to live in scattered settlements in the Higlands.

This Tribal group is still living in a traditional way., comparable with how their ancestors lived centuries ago. The T'boli distinguish themselves from other Tribal Groups by their colorful clothes, bracelets and earrings, this tribe is famous for their complicated beadwork, wonderful woven fabrics and beautiful brass ornaments.

A T'boli legend tells that the T'boli are descendants of the survivors of a great flood. A man named Dwata warned the people of an impending great flood. But the tribe refused to listen, except for two couples, La Bebe and La Lomi, and Tamfeles and La Kagef. Dwata told them to take shelter in a bamboo so huge they could fit inside and in this way survive the flood. The story tells that the first couple are the ancestors of the T'boli and other highland ethnic groups The second couple descended the other Filipino indigenous groups.

The T'boli culture is richly connected with and inspired by nature, their dances are a mimick from the action of animals such as monkeys and birds. The T'boli have a rich musical culture with a variety of musical instruments, but the T'boli music and songs are not meant for entertainment only. The Tribal songs are a living contact with their ancestors and a source of ancient wisdom. The T'boli believe that everything has a spirit which must be respected for good fortune. Bad spirits can cause illness and misfortune.

The T'nalak, the T'boli sacred cloth, made from abaca is the best known T'boli craft and is one of the tribes traditional textile, this cloth is exchanged during marriages and used as a cover during births. The T'boli women are named dreamweavers, another legend tells us that the T'nalak weaving was taught by a goddess named Fu Dalu in a dream and that women learn this ethnic and sacred ritual, based on tribal designs and cloth patterns through their dreams. These unique patterns are made with centuries-old practices and passed down from generation to generation. This typical T'boli textile is history held in the hands of their makers and the rich cultural heritage can be seen through their creations, it shows the tribe's collective imagination and cultural meanings

The weaving is a very tedious job and requires much patience, a lot of creativity and a good memory to remenber the particular designs. Men are not allowed to touch the chosen abaca fiber and materials used in the weaving process and the weaver should not mate with her husband in the time the cloth is woven, for it may break the fiber and destroy the design. At present the T'nalak products have become the signature product of the province of South Cotabato.

When visiting the friendly T'boli tribe in South Cotabato you will be in the midst of a distinctive and very well preserved culture that is keeping their characteristic, ancient traditions alive. A visit that will be an unforgettable and inspiring experience!