Turkish town evokes the refinements of the Ottoman empire 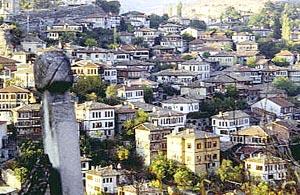 Safranbolu, an important stopping place on the Silk Road, has the highest number of protected architectural sites in Turkey. 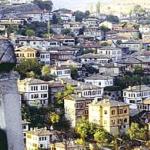 Before the advent of the railroad 100 years ago, Safranbolu -- a city of fountains, caravanserais, hamams and mosques -- was an important stopping place on the Silk Road to the east. Then it fell into neglect until it was placed on the UNESCO list of World Heritage sites nine years ago. Now, so many tourists are flocking here to experience the refined opulence of the Ottoman empire that there is hardly a hotel room to be had .

Safranbolu, 130 kilometers (80 miles) north of Ankara, is a living museum. It includes the highest number of protected architectural sites in Turkey, including hundreds of elegant 19th century houses with wooden corbels overhanging the streets. The town owes its fortune to a native son, Izzet Mehmet Pasha, prime minister under the Sultan Selim III from 1794 to 1798, who was disgraced and exiled for losing Egypt to the forces of Napoleon Bonaparte. Mehmet Pasha embellished his birthplace with canals and one of the first clock-towers in Turkey.

In the fierce heat of the Anatolian summer, fountains cool the richly panelled interiors of the houses, where the women lived out of sight in the harem.

Safranbolu clearly takes its name from the product that once assured its fortune. In 1858, the town sold 9,705 kilos of saffron, the world's most expensive spice, to Britain. Today, only the Ozsoy family still cultivates the crocus flowers from which the spice derives. From half half a hectare (1.24 acres) of land, they expect to produce half a kilogram (one pound) of ocher powder this year. It takes the stamens from 150,000 flowers, picked before dawn and dried in the sun, to produce one gram of saffron, which perhaps helps explain why the industry declined. Ten million Turkish lira, or 6.5 euros (seven dollars) will buy a gram.

The giant steel complex in the nearly town of Karabuk, which was opened at the beginning of the 20th century, supplied jobs in the region, while Safranbolu's economy slumbered.

But inclusion on the heritage list and tourism have saved the town. The number of visitors, five-sixths of them Turkish, has more than tripled over the past decade to about 70,000 a year, and the number of hotel beds has doubled in the past three years, according to the tourist office. "Being included on the World Heritage list has caused a literal explosion in the riches of the town," said Unsal Tuncozgur, author of a book on Safranbolu's history. "Tourism has become our main source of income."

UNESCO listed the town for its importance as a caravan station on the main East-West trade route, with important buildings dating back to the fourteenth century. During its apogee in the 17th century, UNESCO says, Safranbolu's architecture influenced urban development throughout much of the Ottoman Empire.

The region was also celebrated for its grapes, from which the Greek population, long since departed, made wine until the beginning of the 20th century. Today the grapes are used mostly to make vinegar and jelly, although it is still possible to taste them under the arbors that protect the streets from the crushing summer heat.

Most visitors only stay in the town for a day or a weekend at the height of the season in spring and autumn. Ismail Urgancioglu, who runs a pension in the house that Izzet Mehmet Pasha gave to his sister, said there are still "plenty of opportunities around the town" to develop tourism. He said the scenic variety, the ancient aqueducts and scattered burial sites make the region worth a longer visit.