The Unbearable Lightness of Silk 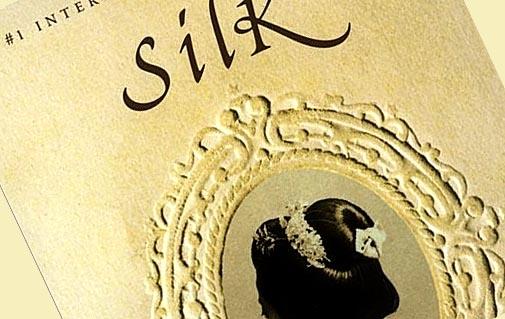 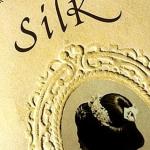 Every once in a while there comes along a novel whose praises cannot be sung at high enough a volume or at lovely enough a pitch.  I am speaking (or rather singing) in this case of Silk by Italian author Alessandro Baricco.  Like many an Italian film, and like the writings of Italo Calvino, Silk is at once so joyful and playful and heartfelt and sad - not unlike that warm melancholy resulting from drinking too much wine - that it almost seems the work of a god and not a mortal man.

While contemporary American authors seem engaged in a competition to see who can turn out the longest book (David Foster Wallace's Infinite Jest, Stephen King's It), the Europeans seem to relish the many virtues of brevity.  Silk, at 91 pages, not all of them full, may not even qualify as a novel; and in the manner of a children's story it repeats almost verbatim a number of key phrases and passages.  The effect is of being told a story by a bona fide bard who just happens to be passing by, charging a fee of a florin or a Euro (or about sixteen Euros, roughly the price of the book.)

Silk is the story of Herve Joncour, a Frenchman who makes his living by selling silkworm eggs.  To get his eggs, Herve is obliged to travel around that great wide world beyond his little town of Lavilledieu, or the City of God.  And when a blight threatens the eggs, Herve is obliged to travel to a place where the eggs are available but foreign influences (and thus the blight) are minimal or nil.  This place is Japan, home to "the finest silk in the world" and no foreigners.

For two centuries, writes Baricco, Japan "had lived entirely cut off from the rest of humanity, refusing all contact with the continent and denying access to foreigners."  This was not to last.  "In July 1853 Commander Matthew C. Perry sailed into Yokohama Bay with a modern steam-driven fleet and delivered an ultimatum to the Japanese, which 'desired' them to open the island to foreigners."  Some writers have compared the American Perry's arrival in Japan to, say, the arrival in Manhattan of a spaceship piloted by little green men.  "The Japanese," Baricco explains, "had never before seen a ship that could sail against the wind."  So Perry got his concessions, and the friends of free trade everywhere fired off the celebratory cannons helpful in establishing free trade.  But the Perry incident helped set off a civil war in Japan between pro- and anti-foreign factions.  This would result in the fall of the Tokugawa shogunate, the restoration of the Emperor Meiji, and centuries of Japanese ambivalence toward their foreign friends.

"He crossed the frontier near Metz, traveled the breadth of Wurttemberg and Bavaria, entered Austria, reached Vienna and Budapest by train, thence to continue as far as Kiev.  He traveled two thousand kilometers of Russian steppe on horseback, crossed the Urals, entered Siberia, continued for forty days until he reached Lake Baikal, known locally as: "the sea".  He descended the course of the River Amur, skirting the Chinese border as far as the Ocean, and when he arrived at the Ocean he stopped in the port of Sabirk for eleven days, until a Dutch smugglers' ship conveyed him to Cape Teraya on the west coast of Japan.  Taking secondary roads, he crossed the provinces of Ishikawa, Toyama and Niigata on foot, entered the province of Fukushima, and reached the town of Shirakawa, passed to the east of it, waited two days for a man in black who blindfolded him and brought him to a hill where he spent the night, and the following day he negotiated the purchase of the eggs with a man who did not speak and kept his face covered with a silken veil."

Every time Herve returns to Japan, a passage similar to this will be repeated, lest we otherwise forget what travel (from the Old French travailler, "to toil") entailed in the days before airplanes and the Suez Canal.  When Herve asks his friend Baldabiou where Japan is, Baldabiou says, "Just keep going.  Right to the end of the world."

Each time he goes back, he leaves his wife, Helene, behind.  When not traveling about, he and Helene sometimes take vacations on the Riviera, partly in the hope that there Helene will conceive.  But it does not come to pass, and Helene grows more forlorn upon Herve's every departure, and more emotional upon every return.

Alas, on his final trip to Japan, Herve is led to believe that the concubine may have died in the civil war.  He returns to France.  A letter arrives - again in Japanese.  And he notices one day that as Helene "bent over him her nightdress fell open a chink, on her breast.  Herve Joncour noticed that she was wearing nothing underneath, and that her breasts were small and white like those of a young girl."  That is, Helene has begun to resemble a Japanese concubine, lacking oriental features!

Silk has a surprise ending, and one so sad that it would make grown men cry over what Samuel Johnson called the vanity of human wishes.  Suffice it to say that you may not know what love really is until you have read this book; its only equal in this regard may be Marquez's Love in the Time of Cholera.  In that book, love's enemy was time; in Silk it is space and culture.

In an obituary-like series of sentences, Baricco informs us:  "Artificial silk was to be patented in 1884 by a Frenchman called Chardonnet."  And so an era in which silk was identified with the Orient had come to a sudden end.  Just prior to Helene's death, Herve had withdrawn from the silk business anyway, and instead he constructed a park that included an aviary modeled on one he had seen in Japan.  The park is his Taj Mahal, his monument to lost love, symbol of what he calls a "yearning for something you'll never experience."

Recently I was asked to appraise an essay by an American in which the American more or less asked what, if any, significant contribution Europe has made to the advance of Western civilization in the last fifty years.  I think he might have meant (or written) what technological contribution, in keeping with the uninspired idea that only to produce more nifty gadgets are we born and do we die.  Still, the ignorance and narrow-mindedness of the author left me quite beyond words, as I think it unlikely that any American could ever have written a book as beautifully brief and innovative as Silk -- or as casually international.  Silk betrays an Old World sensitivity, a feeling that we are all adrift on the sea of history but that the individual drama is not for that reason without significance.  And that who we love and where we go is ultimately more "significant" than what we build, or own, or destroy.