A week of Ethereal Cherry Blossom in Japan 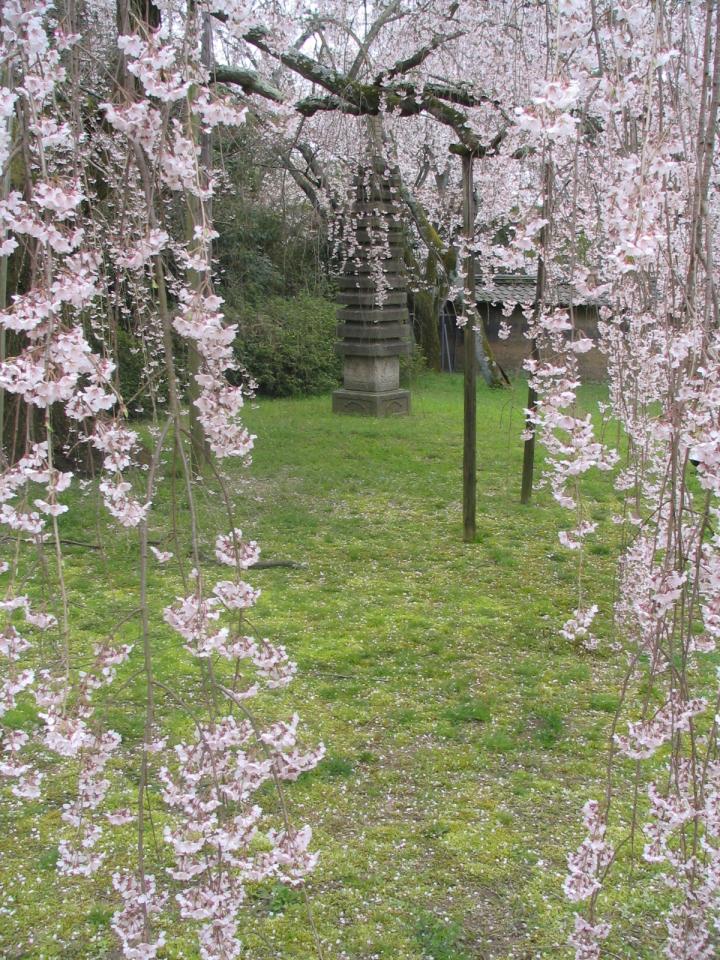 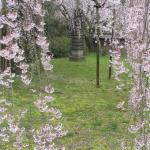 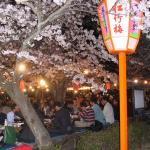 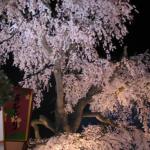 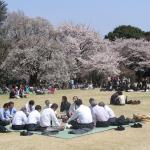 Nothing signifies the arrival of spring better than the blossoming of the flowering cherry tree, Sakura in Japanese.  I arrived in Tokyo after an eleven hour flight.  After a two and a half hour train ride, I finally checked into my hotel, Blue Wave Inn near Asakusa's Sensoji.

I could still feel the chill in the air in this spring night of April 3.  I was walking in Ueno Park.  There were quite a lot of people with their territories spread out underneath the cherry trees.  Festive garden lanterns were lighted up illuminating the pink blossoms just starting to open.  Merry making with sake and beer would extended to the early hours of the morning.  At the eateries in the middle of the park, long tables covered in red tablecloth were set up serving "sukiyaki" (hot pot).  Nobody was worried about getting drunk.  Afterall, it was the sakura season.

I  met my friends Yasushi San and Hiromi San at Shinjuku Gyoen.  This public park had the most beautiful cherry blossoms with 10 different varieties.  All different shades of pink, (single or double), contrasted well with some white sakura.  There were also a couple rare yellow ones called "Uko" and "Gyoiko" with a green shade.  We also went to Koishikawa Botanical Garden.  All the sakura trees were big and picnics were held underneath them.

Back at Asakusa, the main shopping street "Nakamise" was decorated with naturalistic silk sakura branches.  They set the street in a spring mood and turned it pink.  I had my favourite "Agemanju" (deep-fried sweet dough in sakura flavour).  Others eagerly munched on sakura-shaped "Osenbei" (crackers).

After three days of beautiful flowering of sakura in Tokyo, the weather turned miserable.  It poured!  Pink petals fell to the ground and got all wet.  I took a last look at the pond at Ueno Park.  It was dyed a beautiful shade of pink.  Then I took the Shinkansen train to Kyoto.  Time the visit well when viewing sakura in Japan.  Kyoto's sakura flowers approximately four days later than Tokyo's every year.

During the day time, I loved to combine viewing sakura with shopping.  I took the subway to Kitaoji Station and walked north towards the Kamo River.  There, on the bank of the river adjacent to Kyoto Botanical Garden, you could see a sakura tunnel formed from the weeping type of 70 cherry trees on wooden supports called "Nakaraza".  Then there were more sakura trees inside the main garden.  Afterwards, I paid a visit to Chokyudo (10 AM to 8 PM) just north of Kitayama Station.  Founded in 1831, this company produces exquisite Japanese wagashi (sweets) using the smooth wasanbo sugar.  Most representative sweets are "Kiweta" (softest red dough rolled up in a paper-thin white layer, 1 tube for 840 yen) and "Kamen" (Flower Face, dried sugar powder pressed into designs of Noh mask, 10 in a box for 1260 yen).

For night time sakura viewing, Kyoto's citizens and tourists were spoiled for choice.  One of the most scenic course was towards the eastside of Kyoto, starting from Kiyomizu Dera, then Kodaiji, Maruyama Koen and finally Yasaka Jinja.  I stuffed myself full with a bowl of "Negi Ramen" (noodles with Green Onion) and started my walk up the narrow street towards Kiyomizu Dera.  On both sides of the street, souvenir stores sold seasonal sweets with red bean centre.  There was sakura-taste soft ice-cream.  I went for a sample of green tea with salted sakura blossom and then entered the temple ground for the special nightly sakura viewing (special period that last for 10 nights).  From the famous wooden platform at Kiyomizu Dera, supported by 193 wooden columns without a single nail, extended 8 metre high into the air, I could see thousands of white sakura in bloom in the surrounding mountain.  Spotlights were strategically placed to illuminate outstanding features such as big sakura trees and red temple buildings.  The reflections on the pond was unbelievably beautiful.

I followed the narrow streets leading to Kodaiji.  There were famous Kaiseki restaurants and Ryokan around this area but they needed prior reservation.  The staircase to Kodaiji was specially lighted up by traditional torches.  After entering the special inner garden, I saw the sand garden and the inner gate with a few sakura in full bloom were illuminated by a colour slide show and changing spotlights.  Patterns of maple leaf, sakura and water wave etc. jazzed up the otherwise tranquil garden.  I sat down to enjoy the show.

Maruyama Koen was usually quiet during the day but not tonight.  Half of Kyoto's tourists and citizens would be here for their pilgrimage of the huge cherry tree since Meiji period.  Illuminated by spotlights and traditional bonfires, the tree was like a pink explosion in the middle of a sea of people.  It took 30 minutes to walk around the tree and millions of flashes fired and photos captured.  Walking down between here to Yasaka Jinja, you could get street food at stalls set up.  BBQ meat, sausages, deep-fried cutlets, grilled squids and corns, yaki soba and gyoza, you name it.  I went for candied apple on a stick, candied strawberries and grapes on skewers.  They were delicious and simple.  Hop in for a little Edo fun in the Japanese Haunted House tackily set up on the side.  The outside of the giant tent was painted with hundred ghosts giving an air of eeriness in contrast to the sakura viewing night.