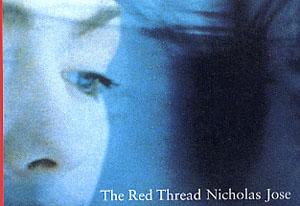 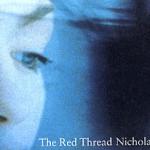 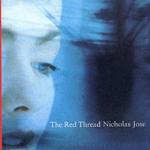 An ambitious undertaking by acclaimed author Nicholas Jose, The Red Thread picks up where the classic Chinese literary work, Six Records of a Floating Life leaves off. This modern text weaves an imaginative and compelling tale, with a cast of characters that faithfully parallel the lives of those in the autobiographical account of the life of 19th century poet and painter Shen Fu.

The story of The Red Thread begins in an upscale auction house in Shanghai, where an up-and-coming young art appraiser, coincidentally named Shen Fuling, is approached by a Chinese collectibles dealer to consign the original manuscripts of Six Records of a Floating Life for auction. Shen Fuling begins reading the ancient documents and soon becomes rapt in the story of Shen Fu and his beloved wife Chen Yün.

The day the manuscripts go up for auction is a fateful one for Shen Fuling when a waifish young artist named Ruth Garrett wanders into the auction hall. Ruth catches his eye at precisely the same moment he impulsively decides to withdraw the manuscripts from the bidding roster. Shen has become so ensnared by the tale that he cannot bear to part with them, and instead, naively fabricates the ruse that he reneged on the auction and withdrew them because two of the six manuscripts are missing. What Shen Fuling does not know is that the four documents in question are believed to be the only ones in existence. It appears that the other two have been lost, destroyed, hidden, or perhaps never written at all.

Destiny beckons once again when, later that same evening, Shen Fuling attends the opening of a gallery exhibit, only to discover that the artist is the same young woman who caught his eye at the auction. Their meeting is enchanted by a series of eerie coincidences, and before the night is over, Shen Fuling has lured her into the irresistible mystique and romance of A Floating Life.

To its credit, The Red Thread is impeccable in its fidelity to Six Records of a Floating Life. The title itself pays homage to a passage in the original text that recounts the myth of the Old Man of the Moon who, in Chinese folklore, is believed to arrange marriages using a red silk cord to bind the hearts and souls of man and woman together. The underlying premise of The Red Thread is based upon a pledge between Shen Fu and Chen Yün to meet up and marry again in many lifetimes to come.

Within its covers, each and every page of The Red Thread is rife with both esoteric and conspicuous allusions to the story of Shen Fu and Chen Yün. One of the more ingenious and subtle examples is the choice of Ruth as the name for Chen Yün's counterpart. In the original story, Shen Fu called their upstairs bedroom "the Pavilion of My Guest's Fragrance, after Yün's name." As the footnote explains, "The (Chinese) character for 'fragrance' in the name Shen Fu gave their bedroom combines with the character for Yün's name to give the Chinese expression for rue, a fragrant herb." And thus, the name Ruth for the reincarnation of Yün.

As the story unfolds, Shen Fuling and Ruth read the manuscripts together, while simultaneously reliving the history of Shen Fu and Yün within undeniably similar settings and circumstances. In his reincarnation of Shen Fu, Shen Fuling struggles with the same awkward financial obligations to his family; and Ruth, like Yün, has a vague, lingering illness that may eventually bring about her untimely death. And in the contemporary reenactment of the tale, a flamboyant, gold-digging karaoke singer named Han fulfills the role of Han-yüan, a young concubine whose hypnotic power over Yün dictates the ebb and flow of her very existence.

As the story approaches its dénouement, the line blurs between the original tale and the modern plot, with Shen Fu's manuscripts becoming increasingly implicated in the lives of all concerned. Shen Fuling and Ruth ultimately embark upon a desperate quest to find the missing chapters in hopes of somehow circumventing the inevitable. When all is said and done, Nicholas Jose is to be applauded for the craft and subtlety of his ending. Much like the original story, with its missing installments, his conclusion is infused with the same mystery and unrequited yearning for closure.

Despite its reliance on Six Records of a Floating Life for its plot and premise, The Red Thread stands perfectly on its own as a work of contemporary fiction. The story is embellished and supported throughout with abundant and extensive excerpts from the original text, thus allowing the reader to enjoy and appreciate it without having read the tale upon which it is based. Which begs the question: Which story should one read first?

The answer to that question is one that readers will have to decide for themselves, based upon individual biases and preferences. Avid contemporary fiction readers may wish to begin with The Red Thread, and satisfy their curiosity with Shen Fu's autobiography afterwards; while those who are inclined toward its scholarly aspects may wish to read Six Records of a Floating Life before reading The Red Thread. The most important thing to remember is that although the two stories are inextricably entwined, they are also independent literary works, separated by nearly two centuries, and should therefore be regarded as such within the context of their respective times.

Here, however, I would like to break one of the cardinal rules of third-person journalism and offer a first-person opinion:

While I cannot profess to be an avid reader of contemporary fiction, nor am I scholar of Chinese literature, for historical purposes, I chose to read Six Records of a Floating Life before reading The Red Thread. I was so charmed and delighted by the unassuming opulence and candor of Shen Fu's original autobiography that, upon first reading, Nicholas Jose's modern sequel seemed plot-heavy and contrived. There were just too many perfectly engineered similarities between the two tales. However, upon further reflection, I am now of the opinion that The Red Thread is a wonderfully romantic story, and certainly a plausible, well-crafted continuation of its predecessor. But, contrary to the laws of chronology and logic, I only wish that I had read it first.