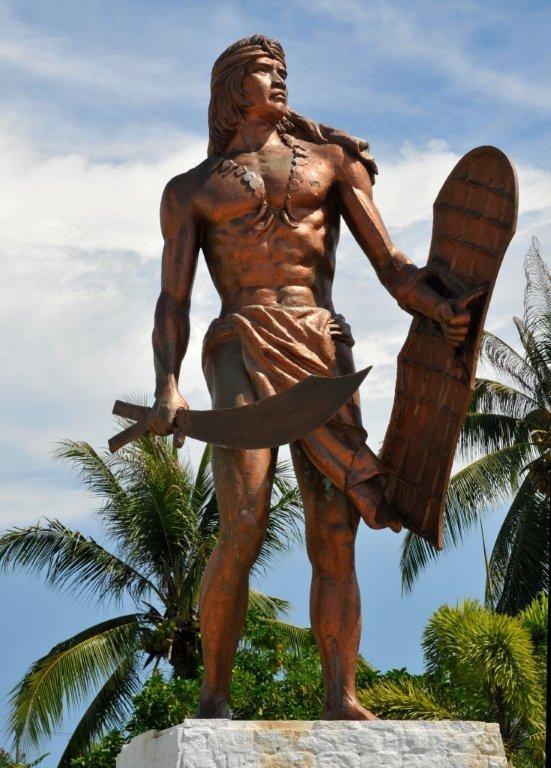 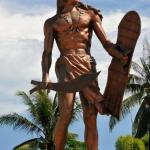 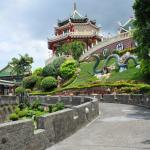 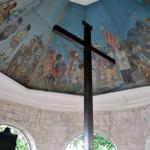 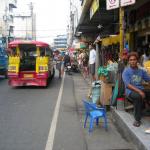 Cebu City, often named as the Queen City of the Southern Philippines is the capital and the main city of the island of Cebu in theVisayan archipelago. It is a popular tourist destinations and one of the oldest cities of the country.

This lively and colorful metropolis is regarded as the number one dynamic metro area in this South-East Asian nation and has a lot of historical and cultural landmarks. Cebu's local culture is created by its colonial and religious heritage. A few of the many interesting places to here are the Taoist Temple, the Lapu-Lapu Monument, the Magellan Marker and the Magellan cross.

The Taoist Temple is one of the best visited tourist spots in Cebu (Sugbo), the temple is a center of worship for Taoism, a religion which abide by the teachings of the ancient Chinese philosopher Lao Tze. The temple is located 300 meters above sea level, to get to the entrance visitors must climb 99 steps. The astonishing Chinese architecture and vibrant colors of the structure is absolutely fascinating. The complex was built  in 1972 by the Chinese Community in Cebu and has spacious terraces offering scenic views, landscaped gardens and a large multicolored dragon that is a replica of the original sculpture from the Great Wall of China.

The impressive and inspiring statue of Lapu Lapu (Kaliph Pulaka) the datu of Mactan who killed Ferdinand Magellan, a Portuguese explorer in the service of the King of Spain, is located on the island of Mactan (Maktang). The monument stands as a reminder of Filipino bravery. This Muslim warrior king vigorously resisted the early Spanish colonists in their attempts to conquer the Philippines and was one of the first native leaders who stood up to colonization and refused to acknowledge the sovereignty of Spain over the Islands. He is regarded as the primary national hero of the country and considered one of the greatest figures of ancient Philippine history.

The statue of Lapu Lapu is overlooking the mangrove (bakhaw) waters from Punta Engano, once a sleepy fishing village. In the small, picturesque and shallow harbour fishing boats (banca's) are anchored or dry docked on bamboo poles. A banca is built to last, over the last centuries the banca has developed into the primary mode of water transport for fishing, hauling cargo and people. At present many banca's are used by tourists for island hopping and scuba diving.

The Magellan marker is located at Punta Engaño in Lapu lapu City, the battleground where Lapu-Lapu and his small army triumphed over the Spanish invaders. The marker on Mactan Island was built in 1866 to memorialize the explorer Ferdinand Magellan and shaped like a large headstone. Some historians believe that it is the exact location of Magellan's death. Alongside the marker are several stores that sell souvenirs like native trinkets made of seashells, several vendors are selling their memento in the same area as well.

Cebu city's most famous landmark is the almost 500 year-old Magellan's Cross, the original cross that Portuguese Ferdinand Magellan planted during his expedition to the island. This monument is housed next to the Basilica Minore del Santo Niño in in the center of a small kiosk-like chapel that is located along Magellanas Street and right across the Cebu City Hall. The huge Christian Magellan's Cross is initiated in the place where the first Filipinos were baptized and is nowadays a symbol of Christianity in the Philippines. People believed that that the monument possesses miraculous powers and chipped away parts of the cross, to protect it the original cross is encased inside the wooden cross. Candle sellers dance around the square next to the chapel while selling their candles.

Aside from the historical spots, Cebu is also a booming, hectic city and a place with many stories and faces. The city has captivating resorts and beaches, it is a haven for convenient and luxurious shopping malls, retail shops, restaurants, café's, and businesses. A real shoppers paradise is Colon Street, one of Cebu's busiest streets right in the heart of downtown Cebu, the artery has numerous stores that sell the cheapest products one can find in the city. It is the oldest street in the Philippines and named after Cristobal Colon (Christopher Columbus). Brightly colored jeepneys, tricycles and buses invade this mostly congested, noisy road and the crowded sidewalks are occupied by the many peddlers selling an array of street food and other merchandise. In between pedestrians are passing over the shadows of the old buildings, passively try to find their way around in this myriad of people, stalls and vehicles.

This huge bustling city entertains it's visitors with many memorable attractions and man-made wonders. Cebu is steeped in history and boasts a tantalizing mix of cosmopolitan and historical appearance, it is a great and lively hub with a charismatic atmosphere and plenty to see and to do.