A Day on Sisowath Quay 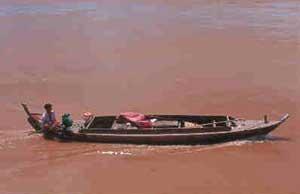 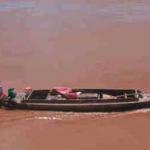 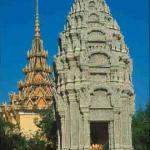 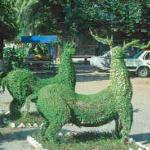 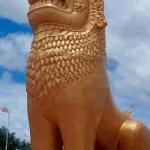 It was with some trepidation that I ventured to visit Sisowath Quay, after an absence of a few years. Phnom Penh's main riverside boulevard was in my memory little more than a dusty lane, a rubbish-strewn road with potholes so big that a bicycle-rickshaw could disappear into one of them without leaving a trace. Now, in the year 2001, Sisowath Quay is emerging as one of the world's great promenades, with new cafés, boardwalks and landscaping making the whole boulevard one of those rare cityscapes that immediately invite you to linger and enjoy. It is difficult to imagine that this is the same city as the Phnom Penh of 1975, a city of two million that on the sudden whim of the late despot Pol Pot was forcibly emptied, to become a ghost town that languished and rotted until the downfall of the Khmer Rouge in 1979.

It's early morning on Sisowath Quay, and the sun is a pregnant ball of red light across the Tonle Sap River. Then the sun rises, and a golden glow suffuses the sky. Before long, groups of joggers and walkers appear as if from nowhere, and the boardwalk along the River soon buzzes with people trying to get their daily exercise fix before the heat becomes unbearable.

Later is the morning the street cafés of Sisowath Quay come to life, as businesspeople and tourists take breakfast with the latest recycled newspaper. I buy a paper from a war veteran who has lost both legs in a land mine accident. I read the paper, and then give it back to him to sell again. It's the very least I can do, and even this minimal gesture is just a sop to my own conscience. In a country where it is estimated that the clearance of all landmines will take another hundred years, it's appalling to think that, to a Cambodia, merely walking the lanes of your own country is a real health hazard.

After breakfast, it's time to do a little exploring. I take a stroll north along the Quay, towards the junction of the Tonle Sap and the Mekong Rivers. The peninsula formed where the rivers meet is for now nothing but grazing land for cows and water buffalo; one day, I can't help thinking, a theme park or tropical gardens will transform this land into a prime recreational site.

Just a minute's walk off Sisowath Quay is the National Museum, with its superb sculpture collection. Designed by a French archaeologist in 1920, the Museum is one of the few cultural monuments to survive the Khmer Rouge era. The spires and roof cornices of the Museum nearly seem to puncture the clouds, while the striking red ochre façade stands out starkly against the sky.

The Museum's treasures include bronze sculptures from all over the country, particularly showcasing the riches of the civilisation that built the temples of Angkor. Maybe more than any other country, Cambodia has a glorious ancient history to which it can look, and the Hindu-influenced carvings from these temples are unmatched in their attention to detail. In pride of place at the Museum is the uniquely Khmer figure of Harihara, a god that is half Vishnu and half Siva.

Fronting the Tonle Sap River is the sumptuous classical-style Royal Palace, home to King and Queen Sihanouk. From the Royal Gatehouse on the River to Napoleon III villa to the gilded gazebos in the gardens, everything breathes panache and flair.

Slowly, I walk back towards downtown. Early afternoon is not a good time to be on Sisowath Quay. The ambiance is too somnolent, the sky too rain-threatening, the atmosphere so humid that you can just about grab handfuls of air and wring the moisture out. Everyone wants to sleep, but few get the chance to do so. I try to relax in a sidewalk café, but soon retreat to my hotel room for a welcome siesta.

Come evening, anybody who is anybody (together with most who aren't) congregates at the Foreign Correspondents Club of Cambodia, right on Sisowath Quay overlooking the River. The FCCC is world-famous, both as a hangout for respected reporters and as a haven for hack journalists. Many of the latter make the Club their home, and never take the trouble to get out into the provinces to see for themselves the real progress that is being made in rebuilding Cambodia. Nothing could be more accurate than a remark by Swiss travel writer and official election observer Marcel Stoessel, commenting on the elections of 1998:

"A peaceful vote in a former war zone, one of the 20 poorest countries in the world, with a turnout of more than 90%, doesn't make big news. A little bit more violence would have been nice, especially for the free-lancers who have to sell their stories."

These truths notwithstanding, the Foreign Correspondents' Club is still a "must" place for all visitors to Phnom Penh. The new English managers of the Club considered walling in the upstairs bar and installing air-conditioning, but all agreed that this would ruin the Club's unique ambiance. Could there be anything more pleasant than to relax at the end of the day under the languid ceiling fans of the FCCC, taking in the superb balcony views over the river junction? Talk may turn to the latest antics of President Hun Sen, but all are agreed that, like the figure of Harihara in the National Museum, the Cambodian leader is a master at carefully balancing opposing forces.

Around sunset the waterfront restaurants, each housed in a brand new Khmer-style pavilion, open to a roaring trade. These riverside pavilions are so new that some have yet to find tenants. Among the current occupants are an excellent Thai restaurant and a pizza bar.

Later at night, Phnom Penh's swinging bar scene is the place to be. I quaff a couple of drinks with friends in Sharky's Bar, an airy and thoroughly pleasant rooftop establishment. It could be a l-o-o-ong night - but there are other things to consider. In truth, I have to be up early the next morning - there's another Phnom Penh sunrise to catch!

A great idea is to hire a car with a driver. For about $40 a day you have wheels any time you need them. Furthermore, you're giving someone a much-needed job.

Where to Stay:(on Sisowath Quay)

Hotel Indochine 251 Sisowath Quay charges USD 15 for rooms with private bath, air conditioning, refrigerator and satellite TV. However, most rooms have no windows. Front rooms with a view overlooking the river are well worth the extra $5-10 charged.

Sharky's: a little way from Sisowath Quay, at #126, Street 130. Great atmosphere. Also has a good kitchen, specialising in Thai food.

There are three markets worth checking out: the Central Market (Psar Thmei), the Russian Market (for crafts and cheap CDs) and the Tuol Tum Pong Market (mainly produce).

The gift shop at Wat Thanh in Phnom Penh is run by a co-op that trains Cambodians disabled by land mines in various handicrafts. Some of these crafts are sold at the shop.