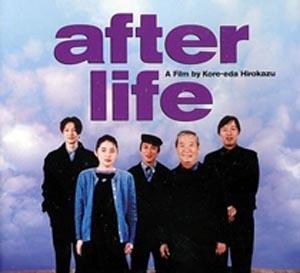 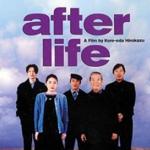 In this quixotic film, a staff of counselors and filmmakers work in a waystation between heaven and earth, where departed souls spend a week reflecting on their lives to choose the best and most meaningful memory, which will then be recreated on videotape before they proceed onward to the afterlife, leaving all other memories behind. This particular week, there are twenty-two souls, most of whom were elderly when they died.

On day one, the counselors welcome the departed to the rambling estate, and explain to them that they have until Wednesday to choose the one memory that they will take with them into the afterlife, and the next two days are spent helping the souls zero in on that memory. Once the decision is made, they spend Thursday examining every detail of the memory, in hopes of best capturing it on videotape. By Friday, locations have been chosen, sets constructed, actors cast, and filming begins, with the deceased on hand to help guide the process. Finally, on Saturday, everyone gathers in the screening room to view the results.

Throughout the week however, it's not only the transient souls who relive their memories, the counselors reexamine their lives on earth as well, only to discover that some of them have karmic ties with the deceased, and the reasons that they are stuck in this godforsaken limbo are revealed.

Known in Japanese as Wandafuru Raifu (Wonderful Life), After Life is written and directed by Hirokazu Koreeda, and stars Arata and Erika Oda as counselors Takashi Mochizuki and Shiori Satonaka. The film has received praise from major critics, and has won high honors at ten international film festivals.

Within its improbable premise, After Life is a thought-provoking study in the nature of memory versus native experience; a nuanced, multi-dimensional and many-layered treatise on the way that destiny spins our lives, how our experiences are subjectively (and sometimes erroneously) recorded in human consciousness; and on a more whimsical level, the technical aspects of recreating the ambient elements of memory through the art of filmmaking. In a word, After Life is unforgettable.