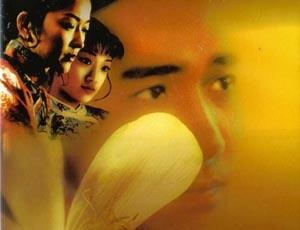 A really good gentleman caller is every flower girl's dream... 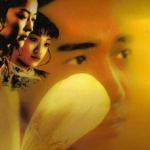 Based on the novel Sing-Song Girls of Shanghai by Han Pang-ch'ing, Flowers of Shanghai tiptoes into the sepia-toned world of four Shanghai ‘flower houses', where gentleman callers gather to imbibe the pleasures of food, drink, opium, and the favors of the resident ‘flower girls', each with her own dreams, desires, and disappointments.

Set in the Shanghai quarters known as the ‘English Concession' in the late 19th century, the film chronicles the day-to-day lives and unfolding drama of four prostitutes, Crimson, Pearl, Emerald, and Jasmin, as they vie for the patronage and affections of the wealthy businessmen who traipse in and out of their lives, seemingly without regard to the emotional effects their comings and goings have upon the women whose company and sexual favors they seek.

Within each of the four ‘flower houses', a madam runs the show, and a bevy of flower-girls-in-training see to the needs of their mistresses. And while the women obsess over the vagaries of their gentlemen callers, the men flit from flower to flower, romancing first one, and then another. And when they're not making time with the ladies, they sit around banquet tables gossiping and playing drinking games, or they lay about in the parlors of the flower houses smoking opium and lamenting over the woes of consorting with the fairer sex.

But amid the romantic dalliances of the men, the women have genuine concerns of their own. Crimson has a family to support, and relies heavily on the patronage of Master Wang, who has recently been seen keeping company with Jasmin. Pearl is caught in the middle of an ongoing feud between Jade and Treasure, her flower girl apprentices. Emerald wants to buy her freedom, but needs the help of Master Luo, who vacillates between yes and no in negotiations with the madam. And the faithless Jasmin is the desire and envy of all.

Flowers of Shanghai is a study in deliberate pacing and subtle pathos, as the plot unfolds in vignettes that, in themselves are mere moments, yet they draw us ever deeper into this hush of clandestine conversations, tangled webs, and hidden emotions. And while it seems that the fulfillment of sexual desire would be and should be the raison d'être of all concerned, it somehow remains thematically present yet invisible throughout the film.

In the Shanghai of a century ago, wreathed in clouds of opium behind beckoning doors, Flowers of Shanghai is a portal into a different reality, where the world as we know it disappears, and time stands still for one hundred and twenty-five minutes.