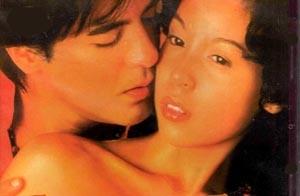 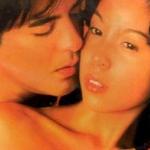 There's plenty of family drama in this Philippine romance. Set in the province of Bicol, Kailangan Kita stars Aga Muhlach as Carl Diesta, a rising star on the New York culinary scene who has returned to the Philippines for his marriage to supermodel Crissy Duran, a narcissistic workaholic played by Rissa Mananquil-Samson. Carl lands at the airport only to discover that his bride-to-be has been delayed at a photo shoot in Milan and won't be arriving until the day before the wedding, leaving him to help her family make all the arrangements.

Crissa's family welcomes Carl warmly, all except his future father-in-law, Papay Rogelio, the gruff, iron-fisted Duran family patriarch. Over dinner that evening, it doesn't take Carl long to figure out the sibling pecking order: Crissa is the golden child, beloved by all. Reuben is the dutiful elder son who joined the priesthood. Sonny, the younger son, is a handsome chip off the old block. Giselle, the baby of the family, shows promise as a pop singer. And then there's Lena, the middle daughter and black sheep of the family. So lowly is her place in the hierarchy that, upon first meeting, Carl mistakes her for the maid. However, it doesn't take them long to find that they share a passion for food, and that they will also be sharing the task of preparing the wedding banquet.

As things heat up in the kitchen, it is revealed that Carl and Lena each have a dark past. Carl's father abandoned him as a child to join a band of rebels in the hill country. Coincidentally, Lena's guy Abel belongs to that same band of rebels. The fallout from their mutual connection to the rebellion is the alienation of both Carl and Lena from their fathers, and the seemingly impossible prospect of finding forgiveness and redemption.

As the eve of the wedding approaches, there's still no word from Crissa, while Carl's feelings for Lena grow stronger with each passing hour. And although he has found his way into the hearts of the Duran family, Carl knows what he must do. He still feels that his love for Crissa is true, and all he needs from her is a sign that she feels the same love and commitment for him, and the wedding would proceed as planned.

With its complex dynamics and complicated relationships, Kailangan Kita is exemplary of the kinds of problems inherent in any family, whether real or fictional. Directed by Rory B. Quintos, the film swept the 2003 FAMAS awards with nine nominations and four wins, and received numerous accolades for cinematography. Not only is Kailangan Kita a compelling family drama, and picture postcard of rural life in the Philippines, it is a delicious cinematic lesson on Philippine cooking. Come for the story. Stay for the food.