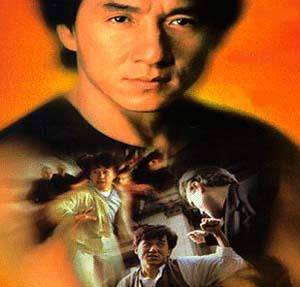 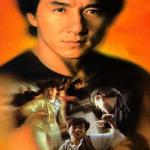 Mr. Nice Guy is a 1997 Hong Kong film directed by Sammo Hung Kam-Bo, and starring Jackie Chan. The film is set in Melbourne Australia, where Chan is a celebrity chef who is drawn into a rival gang war when a female journalist at the television station where he works videotapes a murder and appeals to Chan to help her elude the revenge of a powerful drug lord.

With its cast of stereotypical, one-dimensional characters who so often inhabit films of this genre, no time is wasted in demonstrating that the bad guys are REALLY bad, the cops are inept, and our altruistic hero is more than willing to risk life and limb for a damsel in distress.

As chef Jackie whisks journalist Diana away in his convertible, a videotape of his cooking show gets switched in the shuffle with the videotape containing footage of the evil drug lord Giancarlo in a warehouse shoot-out with the Demon gang over a shipment of stolen drugs. And from that moment forward, it's one car chase, foot chase and fight scene after another, the best of which takes place on a building construction site, where Jackie Chan makes full and fantastic use of all the props lying conveniently about. Predictably, Mr. Nice Guy culminates in a gathering of all the characters in a finale that literally brings down the house.

Known in Chinese as Yatgo Ho Yan, Mr. Nice Guy is indistinguishable from any one of a dozen Jackie Chan films, in that the plot is a mere cinematic detail that must be included in some form or another to showcase the real reason for the film: Jackie Chan's unrivaled martial arts skills and daredevil stunts. Anyone who watches a Jackie Chan film expecting a labyrinthian plot, complex character development, or subtle allusion to art, literature, and philosophy will be sorely disappointed. When it comes to Jackie Chan, it's all about fast-paced fun and fabulous stunts. And sometimes... that's all you need.

Jackie Chan was born Kong-sang Chan on April 7, 1954 in Hong Kong, the only son of Charles and Lee-lee Chan. His parents were servants of the French ambassador to Hong Kong, and they lived in the servants? quarters of his mansion near Hong Kong?s Victoria Peak. In 1960, his father moved to Australia to work in the Chinese embassy, leaving Jackie and his mother behind in Hong Kong. At age six, Jackie was enrolled in the Peking Opera school, under the apprenticeship of Master Yu Jim-Yuen. He was given the stage name Yuen Lo, and studied the traditional Chinese arts of performing, singing, acting, acrobatics and martial arts. When Jackie's mother joined his father in Australia, Master Yu adopted Jackie, and invited him to join his performing group The Seven Little Fortunes, which also included many performers who would go on to become some of Hong Kong's biggest stars. Samo Hung, Yuen Biao, have even co-starred in several Jackie Chan films.

Jackie Chan got his first taste of acting when a filmmaker visited the Peking Opera School and offered Jackie Chan a small role as a stunt player. Soon thereafter, Jackie left the Peking Opera at age 17 and went seeking roles in film. He got his first break in 1971 as the lead in a film called Master with the Cracked Fingers. Two years later, Jackie worked as an extra in Fist of Fury, and Enter the Dragon, two films starring the legendary Bruce Lee. In the years that followed, Jackie starred in films by director John Woo, the Lo Wei Film Company, and director Ng See Huen's Seasonal Film Company.

Jackie first began developing his unique comedic martial arts style in Snake in Eagle's Shadow, and later with Drunken Master, which broke all the box office records in Hong Kong. His 1984 film Project A, set in early 1900's Hong Kong, marked the first of Jackie Chan's spectacular stunts, an element that would later become his trademark.

In 1985, Jackie attempted to break into the Hollywood with the film The Protector. It was a box office flop, which caused him to return to Hong Kong, where he directed and starred in Police Story. The film was a blockbuster hit, featuring some of the most exciting fight scenes and dangerous stunts ever attempted. The film was so successful in fact, that it has inspired four sequels.

Although Jackie Chan's first attempts at crossing over into the American market were met with failure, he had his first major breakthrough in the American film industry in 1996, when New Line Cinema bought the rights to distribute his Hong Kong film Rumble in the Bronx. The film was a huge box office success that made Jackie Chan a household name. With his newfound popularity at the American box office, rival film company Miramax bought the rights to Jackie's existing Hong Kong films for U.S. distribution, while New Line continued to contract his ongoing Hong Kong films for U.S audiences. Jackie Chan went on to make Rush Hour and its sequel, followed by Shanghai Noon and its sequel Shanghai Knights, as well as the James Bond spoof, The Tuxedo. And although his recent films have catapulted Jackie Chan to ever growing heights of box office success in the U.S., he continues to make films in Hong Kong to suit the tastes of his Asian audiences as well.

Jackie has been married to Feng-Jiao Lin since 1983, with whom he has one son. He has been knighted as a Member of the Most Excellent Order of the British Empire by the British Government for the Hong Kong Commonwealth; he was awarded the title Chevalier des Arts et des Lettres (Chevalier of the Order of Arts and Letters) by the French Minister of Culture and Communication; and the Chief Executive of the Hong Kong Special Administrative Region conferred the Silver Bauhinia Star (SBS) upon him in 1999. And despite his lack of formal academic education, Jackie Chan has also been awarded an Honorary Doctorate of Social Science by the Hong Kong Baptist University, and an Honorary Fellowship of the Hong Kong Academy of Performing Arts.

Mr. Nice Guy is available on VHS and DVD at Amazon.com