The Last Tribes of Mindanao, the Manobo, river people of Cotabato. 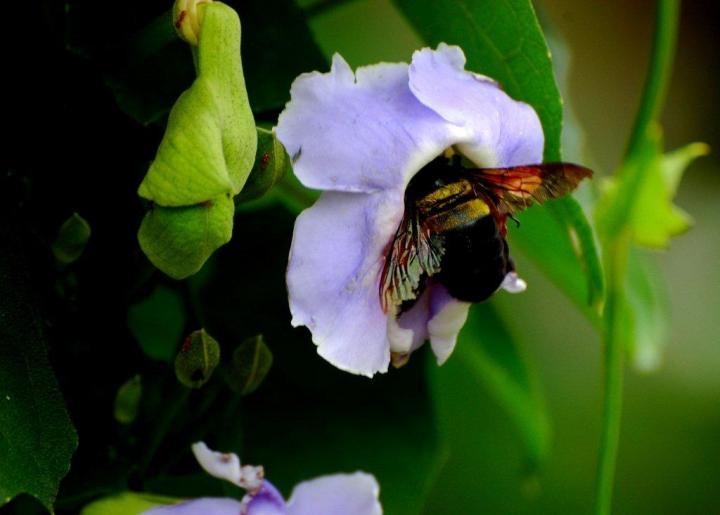 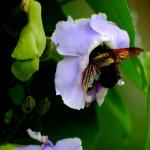 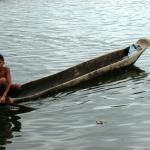 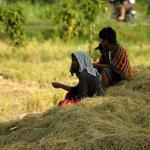 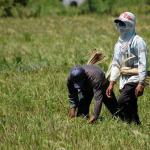 Manobo, the name may came from Mansuba from man (person or people) and suba (river), meaning river people. The first Manobo settlers lived in northern Mindanao, at present Manobo tribes can be found at  the hillsides and river valleys of the northeastern part of Cotabato.

According to an oral tradition, the Manobo's were lead by two brothers: Mumalu and Tabunaway, they lived by the Banobo creek, which flowed into the Mindanao River near the present site of Cotabato City. In the 14th century Sharif Kabungsuan, a muslim missionary, arrived from Johore, to convert the people of Mindanao. Tabunaway did not want to convert to Islam but told his younger brother not to reject the Muslim Faith. Tabunaway and his followers moved up the Pulangi River to the interior of Cotabato, they decided to part ways and in the years to come established their own tribes. These groups retained their indigenous beliefs, practices and the name of their original site, Banobo, which eventually became Manobo, the descendant's of Mamalu became the Maguindanao.

Despite the fact that the various Manobo communities  have been separated there is one common threat that binds them together, Each tribal group culture believes in one Great Spirit. usually viewed as the creator figure. The Manobo also believe that there are many unseen spirits who can intrude in the lives of humans to accomplish their desires. These spirits are both good and evil in nature and can raise anger and pleasure. There is a common believe that a Manobo hunter will be killed by his own dogs or prey if he does not ask for permission first from Lalawag, the god of all forest games, before going on a hunting trip.

The Samayaan is a native ritual in which omens are read in connection with the various stages of the farming cycle: clearing, planting, growing, and harvesting. The first day of the planting season marks the beginning of the Manobo year, the last day of harvesting is the ending.  Cultivating rice and corn has been and still is a part of the Manobo way of living, some Manobo villages  have shifted to the cultivation of coconut for copra export. Corn and rice are planted in the month of  February, the corn is harvested in July but rice takes longer to grow and is harvested four months later.  When the trees start to bloom, the Manobo hunter will wait for the coming of the bees that will led him to their bee hives. The hunt for bees is the basis of the traditional bee-hunting dance. To pray for a successful hunt only bee hunters are allowed to sing a traditional song titled Manganinay , this hymn is sung in honor of Panayangan, the god of the bee hunt. The song must be proclamed outside the house, singing it inside will cause the house to burn down.

Throughout the year, the elders of the Manobo tribe are  looking for the star-lit sky to determine the season of planting, harvesting, fishing and hunting. Each star can bring a different message and will guide the tribal group  in their traditional way of living. This practice is called Pamiteun,  the Manobos' indigenous way of understanding the stars. Nowadays only the members of the older generation of farmers will continue to use the Pamiteun but they are passing the knowledge to the present generation, to learn the old way of living, keep their culture and traditions alive and deepen their consciousness about their own culture

A Manobo community is mostly male dominated, The man is considered as the head of the family and he is the one who will make the family decisions. Only a Royal, a Datu can practise polygamy,  only with the consent of the first wife and her parents. The fist wife will remain  the head wife. The Datu or Chief must also have proven his bravery and leadership in battle as a bagani. This postion can be passed on to a Datu's children, as long as they have the necessary qualifications. Village member are expect help in any way from their kinship group or persons related by marriage, this relationship is named upakat or reciprocity.

The Manobo are both strong in mind and spirit, their cultural identity is firmly rooted in the land and its nature. It is maintained through storytelling, language, family and the passing on of traditional skills and arts. The traditional way of life has not ended for most Manobos, like any other tribal community in Mindanao, the Manobo have faced many cultural challenges in their past and will encounter even more in the future. They strive to uphold their values and traditions even while living in a modern society,  faced with new realities, ready to compete in the modern economic world instead of the world of nature.