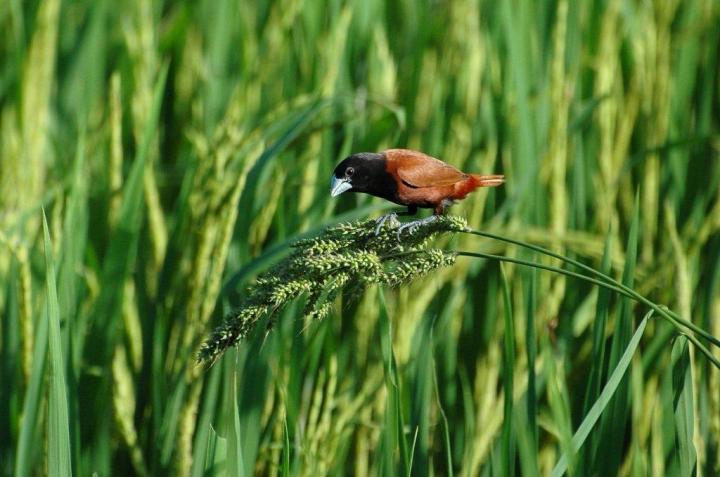 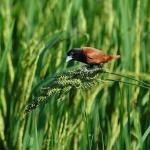 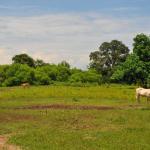 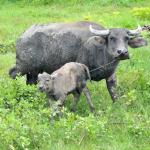 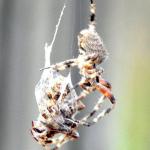 Mindanao is a tropical paradise, with fantastic views and interesting sceneries, it really does not matter where you look, up or down, the images and impressions from the sky and the land will create captivating memories and unforgettable experiences.

This island has one of the Philippines' incredibly countryside sceneries bestowed with endless beauty, it is thought of by many as the true Mindanao. A tropical climate and mountainous topography gives it a wide range of highlights; an exotic, unique flora and fauna, along with some amazing, picture-perfect landscapes with vibrant colours and strong scents.

The province of South Cotabato is a sure-fire traveller's delight and boast of numerous breathtaking sights that will tempt every nature-loving tourist. Mother Nature has endowed Mindanao with remarkable natural resources and picturesque places. This idyllic island is full of surprises, in every corner, every place one will find inspiring beauty and some of them maybe unexpected. The landscape is a rich palette that provides some of the most spectacular panorama´s that will indulge your senses and open your mind. The countryside with its pristine environment, beautiful surrounding rural landscape of hills and fertile valleys with peaceful communities and quiet spots has retained its natural charm. South Cotabato is a region that is not been discovered at all by mass tourism, here you can see true wonders of nature and feel the pulse and the heartbeat of real Filipino life.

The rice fields are the most common landscapes in the Southern Philippines and serves as an alternative home to many wetland animals. Various birds thrive in these fields, one of the most beautiful feathered creatures that inhabit the fast open plains in South Cotabato is the Black-headed Chestnut Munia, once considered as the National Bird. This munia specialise in eating grass seeds and rice, they have large conical beaks adapted for this purpose. Chestnut Munias stay close toghether in groups and are constantly on the move. Sometimes flocks of Chestnut Munias and Maya (Tree Sparrow) destroy rice fields that are almost ripe for harvest, desperate farmers explode noisemakers and cast long plastic wires over the rice paddies to get rid of these animals.

Aside from birds, the rice fields are also home to other vertebrates (animals without backbones) like rats, snakes, turtles and frogs. Frogs play very important roles in the ecosystems but are also a most wanted prey for the locals.  As soon as sunset falls in youngsters go out in the fields to catch the edible rice field frogs with a flashlight, they shine the light into the frog's face and catch them with bare hands. In the Philippines frog meat is considered a delicacy and a part of everyday meal.When cooked, it tastes like fried chicken.

Another amazing animal that inhabits the countryside is the Tokay Gecko, better known to the locals as  known as a Tuko or Toko. This cold-blooded, nocturnal lizard has large appetites, it eats dangerous pests such as scorpions, giant centipedes, a variety of insects and even small mice. They also feed on larger insects like moths, crickets, grasshoppers, locusts and cockroaches. Every now and then it adapts to rural human habitations, roaming ceilings and walls at night in search of insect prey. It is a local belief that the feet of this predator can tear your skin off, but in general it is admired for its entertaining and loud vocalizations. Their appearance is very distinctive, with a grey or blue body, sporting spots ranging from light yellow to bright red. Males are aggressive carnivores and very territorial, they will attack other male Tokays and animals in their territory. When they bite, they often won't let go for a few minutes.

Most small rice field farmers, who cannot afford the expensive modern farming machinery, own a Carabao (kalabaw), they consider their carabao as a faithful partner in life. This Beast of Burden is put to continuous work from the age of four years up to 15 years and sometimes beyond. It hauls harrows, carts and plows with loads of several tons, dragging itself through the mud up to its belly. These Asian water buffalo is generally considered by most Filipinos to be their national animal, with their tedious and slow pace they are used for preparing the soil in rice fields that are flooded with deep water and as means of transportation. The soil of the rice paddy is initially saturated with the water from the irrigation canals, the carabao will then trample the planting area until it is soggy enough to plant the rice seedlings. The water buffalo loves water, it cools itself by lying in a waterhole,  they also feel at home in the many mud holes that can be found near the rice fields, the mud will cake its body and prevent any disturbance from bothersome insects.

Smoke plumes coming from the burning heaps made by charcoal makers can be seen everywhere across the Southern countryside. Charcoal has been used as a fuel in the Philippines since ancient times, by tradition most poor people living in the province cook and grill their daily food on locally produced charcoal that is made from wood. The timber is placed in pits, set on fire, heated to a high temperature and after a couple of hours completely covered with dirt so the burning process is made to die down. It will take several days to cool down before the charcoal is removed and used. The black charcoal is soft and is easy to ignite. Locally produces charcoal (uling), being almost pure carbon, yields a large amount of heat, even hot enough for metal smelting.

The rhythm of rural existence is continuing for decades at the same, slow pace. The majority of the population living in the countryside still live in Nipa huts (Bahay Kubo) and their income is earned from agriculture and raising livestock. Small farmers lead  a hard life and there is very little chance to escape to a better future. Despite facing many challenges everyday, these warm people keep smiling in the face of hardship, they do have hope and a love for life. They bond together in their communal "bahaniyan" spirit, help each other, and get on with their lives, their motto "bahala na", A Filipino phrase which can be translated as "come what may".

Many chldren in the rural areas in South Cotabato have no toys to play with, so spider fighting (damang)is a popular past time. The spiders are caught in the fields and homes, after being captured the spiders are usually kept in used matchboxes, where each spider has it's own space made of cardboard. The fight starts by placing two spiders at opposite ends of a stick and forced to go towards each other. When they meet the confrontation begins, the spider that gets wrapped up in the web of it's opponent is the loser of the fight. The child that owns the loser will give one spider to the winner as a kind of trophy.

The fertile fields of South Cotabato are home to various kinds of tropical fruits like durian, mangosteen, marang, rambutan, banana, pomelo, lanzones and mango. The red or yellow rambutan, a small, exotic fruit, not bigger than the size of a of a chicken's egg,with a soft sweet taste, is widely cultivated in the province. The word "rambutan" comes from the Malay word rambut, which means "hair", rambutan fruit has a thick, leather like skin that is covered with fine, short spines that are pliable, soft to touch. This delicious and nutritious fruit is borne in clusters and can be quite large, sometimes numbering in the dozens. As full ripeness approaches, an entire tree branch can bend a few feet under the weight of the bunch.

It is not only the landscape of the region that is fascinating, Southern Mindanao also offers many captivating aerial settings. Whether it's sunny or cloudy, the tropical sky of this Philippine island has many different faces; it can be bold, big, sunny, cloudy, hazy and rainy. it offers breathtaking views for those willing to look up at the sky up every once in a while. Depending on the surrounding weather patterns and sunshine cloud formations can be as beautiful and wondrous.  In its many moods, the intriguing Southern skies of Mindanao are wonderful, ever-changing photographic subjects that can be very colorful and is often streaked with warm hues of reds and oranges. It offers puffy white clouds, dramatically colourful sunrises and sunsets, ominous storm fronts moving in and out, and perhaps a rainbow after the storm clears. When the low pressure will give way to the high it will create amazingly blue heavenly sceneries, but before the skies get all clear once more, the clouds are at their photogenic best.

Clouds are the most beautiful and interesting of all natural weather phenomena, in its own way, every cloud formation is really unique. The natural beauty of the Mindanao cloud formations lies in its different shapes, astonishing colours or its sheer size. But all of them are a truly amazing work of nature; their unbelievably bright colors and slow movement make them an unmistakable and unforgettable sight. The wonderful, sometimes bizarre cloud formations and a lush, green landscape are typical of Southern Mindanao.

Nature has shaped nearly every aspect of Mindanao's culture and identity, people respect and value the beauty of their surrounding environment, the connection with the flora and fauna, the earth and sky is still deeply rooted in every day life.