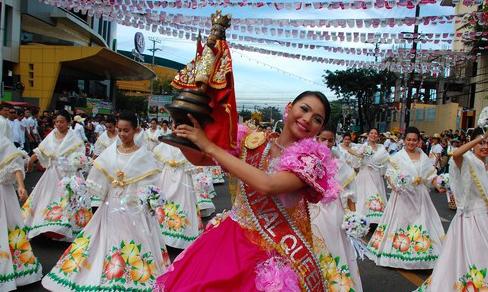 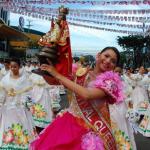 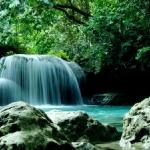 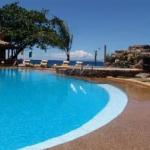 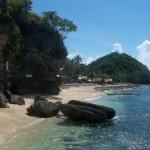 Without its more than 7,000 islands and islets that include scenic mountains, volcanoes, caves, rivers and lakes, Philippines wouldn't be Philippines. Known as "Pearl of the Orient Seas", its resorts and festivals are perfect havens for international visitors.

The next morning I board a 45-minute flight to Cebu--once called "Empire City of the Visayas." It is the oldest and first Philippine city. Since its modest beginnings in 1521 as a colony of Spain, Cebu's historic legacy has been a magnet for travel addicts with a thirst for adventure. What make Cebu interesting are the enticing island resorts and the yearly celebration of Sinulog Festival--the grandest, most distinguished and most colourful festival in the Philippines.

"Sinulog is one of those fetes that really gets in your blood," explains Fr. Marlowe Rosales, a Franciscan priest once assigned at the city's San Vicente Ferrer Parish. "It's a dance ritual which remembers the Filipinos' pagan past and their recognition of Christianity."

Historians recited that before the first Spaniards came to Cebu, the natives of the island already danced the Sinulog in respect to their "anitos". Then on April 7, 1521, the Portuguese navigator Ferdinand Magellan arrived and planted the cross on the shores of Cebu--claiming the territory in the name of the King of Spain. With the purpose of aggrandising economic wealth and of spreading Catholicism, financed by Charles I, Magellan then offered the image of Santo Niño to Hara Amihan (Queen of Cebu) who was later named Queen Juana in honour of Charles I's mother.

Along with rulers of the island, some 800 natives were also converted to the Christian faith. However, it took 44 years before Spain made some measure of success in colonising Cebu and finally the entire Philippine Islands. After Magellan met his death on April 27, 1521 in a skirmish with natives (on the shores of Mactan ruled by Rajah Lapu-Lapu), the voyage of Miguel Lopez de Legaspi followed. And set foot in Cebu on April 28, 1565. Historians later said that during the 44 years between the coming of Magellan and Legaspi, Cebuano natives continued to dance the Sinulog (no longer for their anitos, but for the Santo Niño).

Colourful event that goes back 1521 brought into existence the foundation of Sinulog Festival, commemorating the coming of the Spanish and the presentation of Santo Niño to Queen Juana. Sinulog features the grandest ceremony: participants clothe in elegant costumes, dance to the rhythm of gongs and drums. Traditionally, the celebration takes 9 days in which major parade concludes on the third Sunday of January.

Myriad pilgrims from different parts of the nation make their yearly journey to Cebu to honour the feast of the Santo Niño, whilst a surge of audience pour into the City's Sports Complex--all wanting to witness the world class festival. Several of Cebu's attractive spots are situated north--beach resorts in Mactan Island, for example--and some in the south, as Kawasan Falls in the elevated vicinity of Badian.

Nearby islands of Cebu, at its west, are Panay and Negros. Just a few hours sea travel is Panay's Aklan Province, home of the island paradise of Boracay. With its pristine 4-kilometre white coral-sand beachfronts, friendly natives, 4- or 5-star hotels and restaurants in Caticlan, Aklan also holds the famous Filipino tradition, known the world over as the Ati-Atihan Festival. Like Sinulog of Cebu's, Ati-Atihan too is dedicated to the feast of Santo Niño. Celebrants paint their faces with black, wear bright outlandish costumes, as they perform in revelry with the rhythmic, intoxicating drumbeats. It is the wildest among Philippine festivities that also takes place annually in January, in Kalibo, the capital town of Aklan.

I board a sea vessel the next day to the seaport of Dumaguete City, the capital of Oriental Negros Province. Located on Negros's eastern portion (Central Visayas Region), the bailiwick owns several pacific resorts and holds a vibrant celebration: Buglasan Festival of Festivals. Suffice to say, colourful events unreel almost every month in various places of this island. In the Provincial Tourism Office, I talk to the staff members as we scan over documents about the province's points of interests and cultural affairs. "There are actually a number of tropical resorts in this province," says one spokesperson, " but we suggest you go southernmost part."

3 years back I visited several small towns in Oriental Negros, with a friend who was once a long-time resident of Dumaguete City, and had a nostalgic sightseeing excursion experience on its resorts. Among them the Sea Forest Resort in Sibulan, Forest Camp Resort in Valencia, and Santa Monica Beach Resort in Dumaguete. To see what the tourism staff has told me, I dine on Thalatta Beach Resort in Maluay-Zamboanguita, 20 kilometres south of Dumaguete City. In the resort's restaurant that serves international and Filipino articles of food, employees explain they have just begun operating since a French-Filipino couple established the resort in February 2007.

Thalatta has the centre view of Apo Island--perhaps the main attraction of the province, 7 kilometres off the southeastern tip of Negros and under the jurisdiction of Municipality of Dauin. A 30-minute boat ride from the market village of Malatapay-Zamboanguita, the small volcanic island of Apo is one of the world's best-known community-organised marine sanctuaries, with over 650 species of fish and over 400 species of corals.

"Visitors and tourists pay a fee to enter the island," says a government worker I converse with at the restaurant, "and to snorkel or dive in the marine sanctuary there. The fees are used to maintain the spot clean and in good condition." In 2003 Chicago's Shedd Aquarium opened a wild reef exhibit based on the island's surrounding reef and marine sanctuary.

Moreover, the celebration of Buglasan "Festival of Festivals" brings together the finest street-dancing contingents of Oriental Negros's 20 established festivals. With the coordination of the local government of Dumaguete City, the Provincial Toursim and other tourism stakeholders--under the leadership of Governor Emilio Macias II--turned Buglasan Festival as the culminating activity for all the festivals in the province.