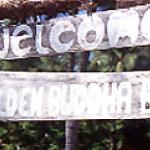 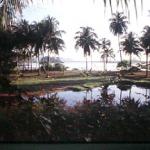 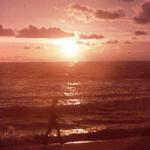 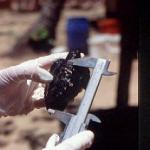 If you think about it, the perfect tropical island can't really be reviewed in any lengthy way. There'll be white sand, coconut palms, turquoise water - anything beyond that is really just 'development', right? And that can't possibly be good for our perfect island...

Unless you're talking about Golden Buddha Island in southern Phang Nga province. The sand is slightly more golden than the brilliant white-sand islands you may have visited elsewhere in Thailand, and the ubiquitous coconut palms are mingled with casuarinas and other natural foliage, which encourages an abundance of wildlife to flourish. The surrounding waters of the Andaman Sea are not quite turquoise here, but they're warm, clear and very inviting.

And there's only one resort on the entire island with its 15 kilometers of beaches which remain pristine in the truest sense - that is, the dunes have not eroded, the vegetation over the sand remains intact and giant marine turtles still come to nest here under the cover of darkness - uninterrupted by the glaring lights of restaurants, bars or hotels that mar other spots in the province (think Patong Beach, for instance).

We splashed ashore from our long tail boat - caught from Khuraburi Pier, a one-hour boat ride away - to discover a spacious, tastefully-gardened resort located on a peninsula extending between an exposed beach from which the Surin Islands can be seen, and a calm cove apparently made specifically for swimming in during sunrise.

Open since 1994, Golden Buddha Beach resort explicitly aims to be in harmony with its environment. The resort is low-density, and even at its peak times takes only up to around 80 guests. Lots of land along the main beach have been leased out long-term to those seduced by the beauty of the place, but any buildings erected must 'fit in' both environmentally and stylistically. No risk of concrete condos here.

Besides the houses that have been built on the leased land - some of which are rented out to holidaymakers - the resort features a mixture of accommodation.

There are three utterly charming and solid thatched-roof bungalows with bathrooms known appropriately as 'cottages'. And these are no mere backpackers' bungalows.

There are two features I still rave to people about: the first is how you can be inside the cottage but feel like you're still outside, thanks to the three yawning windows which catch the sea breeze and give great views of the beach, cove or gardens, depending on where you are.

The second is the open-to-the-elements bathroom. Here the thatched-roof stops and is almost met by a wall, but between the gap fall the vivid green vines of Chinese honeysuckle - called Rangoon creeper by some. So you can shower, conventionally or by bucket, in dappled sunlight if the time of day is right.

Touches such as a very comfortable bed with linen, a sturdy mosquito net - both practical and romantic - a wardrobe, and even a coconut shell cup in a clay pot of water at the entrance to wash your feet, are enough to make a backpacker save up and splash out, and sufficient to seduce any five-star hotel goer into the laid-back lifestyle of Golden Buddha Beach Resort.

You do have to be prepared to share your space with nature, however. Black sand flies or noseum, which breed in mangrove areas, are a problem here when there's not much wind to keep them on the run. Thus if you're the type who gets affected by bugs, you should wear repellent during the day, and try to avoid having your bedroom light on in the evenings. Your mossie net is an important weapon, too.

So once you have unpacked your bags and slapped on some repellent, you might like to head to the 'Clubhouse' for a cool drink and to survey some of the surrounds. It was here that my partner sat as a pair of hornbills flew by, their distinctive fanning wings contributing to the meditative natural sounds of the island. Here it is obvious that people remain humbled by nature, rather than the other way around.

All meals are served in the Clubhouse. There is a choice for breakfast, but lunches and dinners are served buffet-style. Grab a plate, serve yourself up a dish of whatever freshly-cooked specialty or two has been made - vegetarians are catered for - and take a seat at one of the tables or a cushion on the floor. We found the food to be not quite as phet as we are used to here; a plus for short-term visitors to Thailand, but a minus perhaps for those who like spice.

In between meals - for it is only sunrise, sunset and mealtimes which will give your day structure here - there are various activities to expend energy on if you feel so inclined. On holidays, I usually claim the most comfortable spot for reading a book and don't care about much else. But here I was shamed by the surroundings into at least a little exploration.

We paddled a kayak up the quiet mangroved canal running from the cove. To city ears there is an almost stealthy silence about the mangroves; but listen closely and the area is actually alive with birdsong and monkey chatter. We swept quietly underneath the vines and entangled branches of larger trees as monkeys danced above us and threatened to jump on board for a ride. We were unsettled by the various sinister splashes that indicated mysterious animals sliding into the water... Ah, we'd been far too long in the concrete jungle.

Other options to keep you from your holiday books include snorkeling off the island, or heading out to sea on a fishing trip. You can take a fast boat to the Surin Islands, or head to neighboring Ra Island, where guided jungle walks are led by the island's sole inhabitant, an Austrian jungle-lover named Horst.

Or stay on land. Take a walk up to the peninsula point, where the panorama stretching back along the beaches makes all the sweat worthwhile, or hike to the island's traditional stilt fishing village, Bak Joke.

There's also a turtle conservation project run at the resort, led by Dr Monica Aureggi from Chelon, and Italian-based organization. From December to May, Aureggi and her gang of volunteers patrol the beaches, collecting turtle eggs before poachers get to them. They raise the hatchlings until they are healthy and old enough to be released into the ocean. The humble display hut holds plenty of information, specimens and exhibits.

If you're feeling ambitious, you could try treasure-hunting - the Golden Buddha from which the island takes its name is reputedly buried somewhere on the island, hidden away as part of a pirate's loot many years ago.

And at the end of the day? Frankly I'm happy to give up noisy clubs and nightlife - but it is nice to have a civilized glass of wine at the conclusion of a hard day in the sun. Thankfully the Clubhouse offers this, which you can enjoy with either your partner if you're so inclined, or with whoever might be staying at the resort while you're there.

We shared our visit with a yoga group from the UK and the BBC, who were filming a television program elsewhere on the island, as well as various independent travelers.

If you need an excuse to get away to Ko Phra Thong, yoga could be a good one. Trips are run by UK-based William Robertson three times a year, with two two-hour classes per day; one at 7am and the second at 4pm. Comments from students such as "Gosh is it 4 o'clock already? I haven't done a thing today!" became the norm.

Or just go to getaway from the steam of Bangkok and experience some serious nature in comfort that doesn't jeopardize the very future of that nature - not an easy combination of things to find in Thailand.