A Trip to a Colonial Plantation 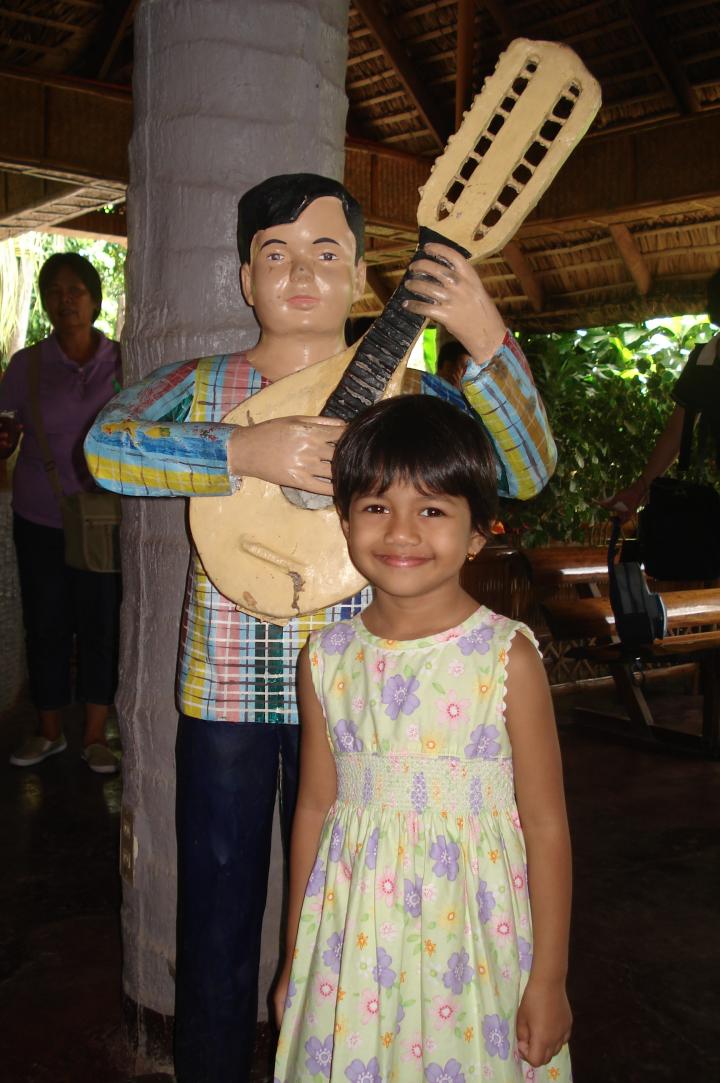 My daughter Kancana Preetika at the entrance to Villa Escudero 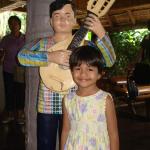 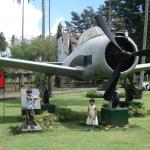 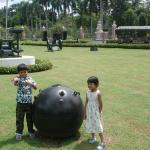 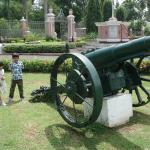 From Metro Manila, take the South Luzon Express Way and then make your way out the Lucena exit before heading towards San Pablo city. This two-hour drive south of Metro Manila will bring you to a beautiful laid-back spot called Villa Escudero plantations and resort. I was looking forward to visiting this historical colonial plantation. Founded in 1872, it was opened to public in 1980, allowing people to experience Philippine culture and history in an exquisitely picturesque rural setting.

We received a warm welcome upon our arrival. After giving us a cool welcome drink, we were given directions to proceed on our day tour of the area. The Escudero Private Museum was the first on our agenda. All of diverse designs,  I could not but marvel at the Escudero family collection made up of religious artifacts, silver alters, Spanish galleon trade items, ceramics, costumes, Philippine furniture and dioramas. Unfortunately, one is not allowed to take pictures inside the museum.

My children were the first to spot the playground next to the museum. Small though it was, my kids thought it was fantastic to play in the sun. There were also some World War II memorabilia on the lawn.

Next on the agenda was taking a carabao ride. Carabao means buffalo in Tagalog and coincidentally ‘kerbau’ means buffalo in Malay language (Malaysia’s national language is Malay). It was an enjoyable ride as we were accompanied by a guitarist and singer who serenaded native folk songs. My daughter, who simply loves listening to songs, was absolutely thrilled at having someone sing to her. We were enjoying the ride so much that we didn’t realize that we had arrived at our next destination – Labasin Waterfalls Restaurant.

This restaurant was a pleasant surprise as I had never seen a restaurant set so close to a waterfall that you practically wet your feet to get your food. The food served on a platter with banana leaf was local cuisine – squash soup, pancit canton, grilled fish, fried lumpia and such. It was indeed a feast with sparkling waterfalls gushing in the background and clear spring water running around our feet.

Upon satisfying our hunger, we decided it was time for the children to have fun in the water. Nope, not the stream but the swimming pool. As it was a weekend, the place was quite crowded, the swimming pool especially with maybe close to 30 children playing in the pool. But I think overall my kids had fun, until a local boy began pushing, shoving and punching my son for no apparent reason. My son decided he had had enough and got out of the pool. I have nothing against locals, but I was totally appalled at what had transpired and the boy’s mother, who had been sitting close by watching her son, had absolutely nothing to say. I wasn’t looking for an apology but I was hoping to see her intervene and at least stop her son from continuing his bad behaviour. But as she was not taking any action, I simply got my kids out of the pool and left for greener pastures. We took a quiet walk in the garden before our next event.

At precisely two o’clock in the afternoon, we were entertained to a cultural show. It was held at the coconut pavilion, which also doubles as a snack bar where we ordered our halo-halo. Was a cool refreshment on a hot sunny day. We were entertained to a whole hour of colourful dance, drama, songs and music. At the end of the day, the carabao cart transported us back to the main entrance. It was an exhausting but worthwhile experience for my husband and myself.

Tokyo Disneyland for the Child at Heart