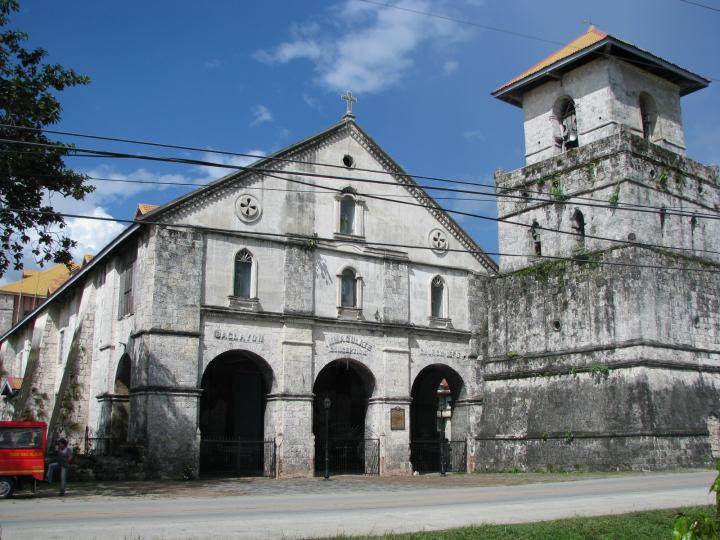 Our Lady of the Immaculate Conception Church, Baclayon, Bohol 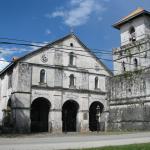 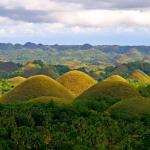 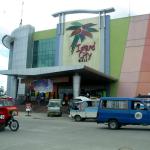 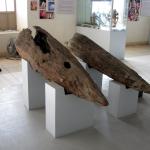 Bohol, like some enchanting nymph, bewitches those who come to her shores using her many-splendored charms, tempting them to discover her until they are completely swept off their feet. A veritable paradise, the island-province has everything that tourists yearn to find in a getaway — powdery white-sand beaches, cool waters, swaying coconut trees, lush marine life, comfortable cottages, world-class amenities, ancient landmarks, friendly folks, among others. No wonder Bohol now ranks as one of the Philippines’ prime ecotourism destinations.

I can’t recall how many times I’ve been to this turtle-shaped island in Central Visayas but each visit always outclasses the previous one, showing me a distinct side of the place I missed during the last trip. There’s so much to discover and experience in the island but so far, I’ve only managed to see the numerous attractions found in its western and central parts.

You can reach the province from a number of takeoff points using different modes of transportation, be it land, air, sea, or combinations of these. For me, however, it’s the nearby island of Cebu that’s been my favorite entry point to the province since it takes me to my destination in less than two hours by fast craft from the port of Cebu City. Getting around Bohol is also quite easy as there are a number of tricycles, motorbikes, multicabs, jeepneys, buses and taxis that can take you wherever you want to go.

All roads in the island usually lead to Tagbilaran, the capital and gateway to the province. Known as Tagbi to both locals and tourists alike, it also serves as the hub of the island’s business and trading activities as well as the center of governance. So far, the city has two large malls, and a handful of smaller shopping centers offering a variety of goods and services, including two famous homegown delicacies, Peanut Kisses and Edelweiss Torta. Home to several classy hotels, resorts, and restaurants, it has also become a favored venue of national conventions and other similar events. Tagbi is an interesting place, a tourist magnet, no doubt about it.

If you’re a historical buff, visiting the Bohol Museum, which used to be the home of President Carlos P. Garcia, right in the town center would be a dellightful way to get to know the province. Several memorabilia of the late president, who happens to be Bohol’s most popular son, together with other historical, botanical, zoological and archeological artifacts found in the province, are housed there. In a recent visit to the island, I found time to take a peek at the museum, awed by the various evidences of Bohol’s prehistoric past, including the two slabs of wood that once formed part of a 500-year house post of a pre-Spanish settlement!

From Tagbi, you can train your sights towards the nearby areas that have interesting historical treasures. One destination worth visiting is the sleepy town of Maribojoc, located about 14 km west of the city, which is frequented by many people because of its famous landmark — the Punta Cruz watchtower. Built in 1796, the triangular-shaped tower served as part of the Spaniards' defense against the persistent Moro raiders who once plagued the island. I had a chance to see this stone lookout during one of my earlier sojourns to Bohol. It felt creepy the first time I went inside the dark tower and climbed up its stairs. Looking out from one of its windows, however, I was rewarded with a scenic view of the neighboring island of Cebu and the clear blue waters of Maribojoc Bay.

Another monument lying a few kilometers outside Tagbi can be found in the town of Bool. The landmark commemorates the first treaty of friendship between the early Filipinos and the Europeans — the  Blood Compact — involving Sikatuna, a native chieftain, and Miguel Lopez de Legaspi representing the King of Spain, which took place on March 16, 1565 on the very spot where the historic shrine now stands. Every year, the compact between the Muslim chief and the Spanish conqueror is celebrated through the Sandugo Festival in July. Like most visitors, I didn’t miss a photo op at the landmark that depicts a memorable chapter in Philippine history.

Baclayon, a town in the southwestern coast of the province, always makes it in my list of stopovers in Bohol. It must be the cool sea breeze, the warmth and simplicity of the locals, and the laidback way of life that prods  me to revisit it every now and then whenever I’m in the island. Here, you can also find the Our Lady of the Immaculate Conception Church, the second oldest stone church in the Philippines, which was founded by the Jesuits in 1596. Adjacent to the edifice is the old convent, where you can find a small museum with centuries-old ivory statues, golden vests, and other precious religious relics and antiquities, dating back to the 16th century.

And who would want to miss seeing the tarsiers, Bohol’s internationally famous residents who are allegedly the world’s smallest primates? Certainly not me. I had an intimate encounter with some of these cuddly creatures years ago during a brief stopover at Loboc when I went there to take a look at the floating restaurants plying its mighty river. One of the boatmen I met there had about a dozen tarsiers kept in a cage and I was fortunate to touch and put them on my shoulders for a photo op. That’s no longer possible nowadays since there’s a national directive imposing a “no touch, no photo” policy for these endangered species. Those wanting to see the saucer-eyed prosimians, however, can still visit them at the tarsier sanctuary in the town of Corella.

Perhaps the province’s top crowd-drawer is its cone-shaped hills, numbering over 1,268, collectively known as the Chocolate Hills, which was recently in the running to become one of the world’s New Seven Wonders of Nature. Seeing the famous mounds was on top of my itinerary during my first visit to Bohol. The gently rolling, conical hills that are spread in the towns of Carmen, Batuan and Sagbayan, turn brown during the summer months, hence the name. Upon reaching the site, I readily climbed the 214 steps leading to the viewing deck to catch a glimpse of the renowned cone-shaped mounds. What a quirk of nature!

There’s no better way to spend a lazy day in the island than at the beach. For Bohol prides itself of having some of the finest beaches in the country. After having my fill of those natural, historical and socio-cultural attractions, the next best thing to see after going around the main island is Panglao, a popular spot off Bohol’s southwest coast that serves as a base for divers who take the plunge at the nearby islands of Balicasag and Pamilacan.

Panglao island boasts of several kilometers of fine beaches scattered all over its fringes. Perhaps the most popular is Alona Beach, a 30-minute ride from Tagbi, where you can do practically anything under the sun. Its stretch of sparkling white sand is home to several beach resorts, lodging houses, restaurants, entertainment hubs and dive centers. Meanwhile, those seeking a respite from the hubbub of everyday life will find the upscale resorts in Panglao as ideal places for cocooning and communing with nature. These include Bohol Beach Club, Eskaya Beach Resort and Spa, Panglao Island Nature Park, to name a few.

If you’ve had enough of beaches, you can go spelunking inside the Hinagdanan Cave, one of the island’s natural must-sees. Inside the underground cavern, a great surprise awaits you. There, amidst several stalactites and stalagmites that protrude out of the earth is a spring which will surely lure you to take a dip. Panglao, like many of Bohol’s towns, also teems with historical and religious edifices of a bygone era, treating travelers to a grand vista of its glorious past. It felt like I’ve traveled back in tiime when I visited the legendary St. Augustine’s Church, built around 1894, with its breathtaking ceiling murals that showcase the seven sacraments. Not to be missed is the Gothic-inspired Our Lady of the Assumption Church in Dauis, erected in 1863, which has a freshwater well right at the foot of the altar. Legend has it that water coming from this well is endowed with healing powers.

The many times I’ve been to Bohol, though always brief and hurried, count among my most cherished ones for they’ve given me a lifetime’s worth of lore and learnings about the island-paradise. I guess I’m so bewitched by the island that each time I leave, there’s a part of me that wants to stay even for just another day. For the time of the next visit is uncertain. Nonetheless, having known a lot about its rich history, its unrivalled natural attractions and its wonderful people, I’m certain I’ll have a reason or two to go back.