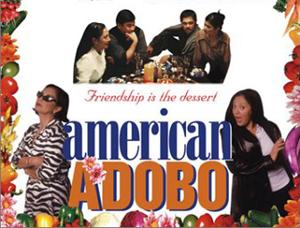 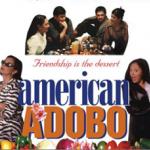 Meet Tere, Mike, Gerry, Marissa and Raul: five thirty-something, urban Filipino professionals living in New York City. Vexed by life's slings and arrows, and shadowed by their own shortcomings, every so often, they gather 'round the dinner table for a little intimate camaraderie and commiseration over a heaping helping of Tere's Chicken Adobo, the national dish of the Philippines.

Friends since high school, Tere is now a corporate accountant whose hopes of finding true love are beginning to wane; Mike is a married-with-children journalist whose passion for political activism has been extinguished by a meaningless job and a loveless marriage; Gerry is a gay man grappling with the emotional risks involved in a committed homosexual relationship and the dilemma of 'coming out' to his friends and family; Marissa is a wealthy, loose-lipped Manhattan socialite hopelessly in love with a charismatic but philandering musician; and Raul is a womanizing playboy who must ultimately come to grips with the hazards and consequences of his free-wheeling lifestyle.

The players include Cherry Pie Picache (love that name!) as Tere, Christopher DeLeon as Mike, Ricky Davao as Gerry, Dina Bonnevie as Marissa, and Paolo Montalban as Raul. Written by Vincent Nebrida and directed by Laurice Guillen, American Adobo follows this cast of diverse characters over the course of a year. With comedic overtones and a straightforward plot that leaves little time for mystery or speculation, the story moves forward at a pace as, one-by-one, the characters recognize and confront their demons. Tagalog and English are seamlessly integrated into lively dialogue, and the unaffected, up-close-and-personal style of cinematographer Lee Meily creates the effect that the viewer is just one more guest sitting around the dinner table, eavesdropping on reality.

Although treated with a light touch and blessed with a happy ending, American Adobo also looks squarely in the face of loneliness, disillusionment, loss, betrayal, and the all-too-real issue of HIV and AIDS... a malaise that affects us all, regardless of time and place, age or culture.

American Adobo is available on DVD and VHS at Amazon.com.