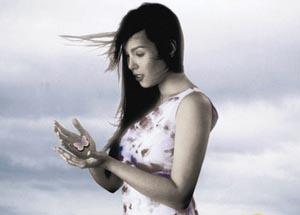 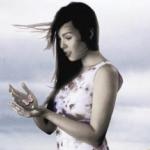 They say that blood is thicker than water, but there's no blood between Pilar, Joven, and Ito, three unrelated orphan children who were adopted by Lilia and Trining, two spinster sisters with a closet full of family secrets in a rambling old house in the highlands near the city of Baguio. In the course of growing up, both Joven and Ito fell in love with Pilar, and although Ito has always been the ‘favorite son', Pilar wants to marry Joven.

The two sweethearts choose to make the shocking announcement to their adopted mothers during the New Year's Eve celebration, and as expected, the news is not well received. However, upon reflecting upon their own romantic disappointments, Trining and Lilia reluctantly consent to the marriage. But their decision sends Ito into a jealous rage against his brother that rattles the skeletons in the closet, and soon spirals into madness.

Despite its lurid plot and melodramatic performances, Nasaan Ka Man has much to recommend it. Throughout the film, atmospheric art direction sets a moody stage enhanced by a haunting musical score, and oblique cinematography creates a profound sense of foreboding that intensifies the story as it unfolds. Much to its credit, the pacing of Nasaan Ka Man is excellent, as family secrets are revealed at key moments in the drama, escalating the riveting suspense to its breaking point in the climactic scene.

Nasaan Ka Man stars Claudine Barretto, Diether Ocampo, Jericho Rosales, Gloria Diaz and Hilda Koronel, and is the directorial debut of Cholo Laurel. It has received critical accolades, along with nominations and awards for directing, screenplay, acting, cinematography, art direction, and musical score. And while this film may not be for everyone, if you like an epic romance with a sinister twist, you'll love Nasaan Ka Man.