Rice, much more than food. 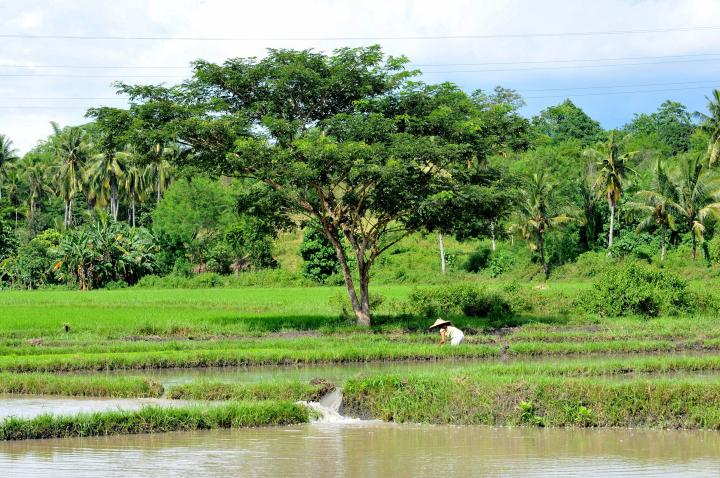 Rice, much more than food Image by Ronald de Jong 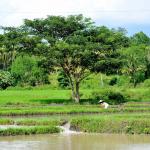 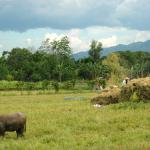 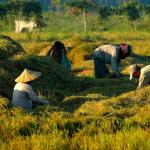 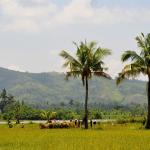 A Philippine proverb says that if anyone wastes rice or throws it away, his hand will become deformed and he will never know abundance or prosperity. In the Philippines rice is much more than food, it is sustenance with historical and numerous cultural values that are deeply woven into the Filipino culture. The Filipino language has several different words for rice, it is locally known as "Palay" (un-milled rice),"Bigas" (milled rice), "Kanin" (cooked rice) and a few more.

The average daily intake of food is based on rice; it is rich in nutrients, vitamins, minerals and is an important source of carbohydrates. No other food is used so widely in the Philippines as rice; it is the centre of the plate in every Filipino household, almost everybody can afford it. It can be cooked, steamed, fried, sweetened, used as stuffing and baked in a cake (Bibingka). It can even be made into strong liquor known as "Tapuy", a native wine from fermented rice, often used as ceremonial wine served during special occasions and festivals. Other rice wines that are produced in Mindanao are 'Pangasi' and 'kulapo', a reddish coloured wine with a strong odour and a high percentage of alcohol. There are rice dishes of Spanish origin, like champorado, paella and arroz caldo and there are local dishes as well, such as "Sinangag" (Garlic Fried Rice) "Goto" (beef tripe) congee and "Puto" (steamed rice cake). It is served every day at breakfast, lunch, dinner and often as merienda or snack, for most Filipinos a meal without rice is no meal at all and a life without rice is absolutely unthinkable.

On the island of Mindanao rice is the grain that is the origin of many rituals and traditions. One of the more well-known indigenous tribes on the island are the T'boli, this indigenous group still practice the ritual "K'molot Libol" (Trial by judgment or ordeal. If a tribes member is accused of adultery or stealing the "Datu" (village chief) fills a pot with water, grains of rice and a stone. After the water had reached boiling temperatures the accused can prove his or hers guiltlessness by taking the stone out of the pot with bare hands, if the hand is not burned the innocence is confirmed. Another traditional tribe "The Tiruray "living in the north-western part of South Cotabato, is holding a ritual feast four times a year, it is known as "Kanduli", the exchange of portions of glutinous rice among all the families showcases the bonding of the community and of all individual tribe-members. A more common and widely used ritual is throwing a handful of rice upon newlyweds, originally it symbolized the blessing of many children, at present it expresses the wish for abundance and prosperity. Likewise the bride and the groom solemnize their sacred bond of marriage through the exchange of a handful of rice and a family's social status is often measured by the quantity of rice that is stored. The Tiruray tribe is expressing their hard labour in the rice paddies in a dance that is named   "Mag-asik" (sowing seeds). The Manobo tribe is illustrating the rice planting in a dance known as "Talapak", a planting stick that is used to dig a hole where the grain or seeds are planted. The B'laan tribe are showcasing the several stages in upland rice planting in a dance named "Maral".  The "Kaingin" shows the farmers search for a plot of land that can be cleared for farming by burning away the vegetation, followed by the "Almigo", the clearing of the area and the "Amla", the planting stage. The dance ends with "Kamto", the harvest done by the women of the tribe.

The rice paddies are a natural habitat to many wetland animals. Various birds thrive in these fields; one of the most beautiful feathered creatures that inhabit the fast open plains in South Cotabato is the Black-headed Chestnut Munia, once considered as the National Bird. This Munia specialise in eating grass seeds and rice, they have large conical beaks adapted for this purpose. Chestnut Munia stay close together in groups and are constantly on the move. Sometimes flocks of Chestnut Munia (Red Maya), Java Finch (rice bird)  and Maya (Tree sparrow) destroy rice fields that are almost ripe for harvest; desperate farmers explode noisemakers and cast long plastic wires over the rice paddies to get rid of these animals. Aside from birds, the rice fields are also home to other vertebrates (animals without backbones) like rats, snakes, turtles and frogs. Frogs play a very important role in the ecosystems but are also a most wanted prey for the locals.  As soon as sunset sets in youngsters go out in the fields to catch the edible rice field frogs with a flashlight, they shine the light into the frog's face and catch them with bare hands. In Mindanao frog meat is considered a delicacy and a part of everyday meal.

The rice crop is widely produced in Luzon, the Western Visayas, Southern and Central Mindanao. In the Southern lowlands of Mindanao rice is mostly grown on small family based farms in drained or puddled fields. Planting and harvesting rice became a way of life over the centuries, the right to plant rice fields is considered as a unique endowment and privilege given by the Gods and Mother Nature. In the provinces time is measured by the maturing of the rice paddies. Each planting of the rice field marks the start of a new season. The decision when to plant the crops is often made according to position of the sun, the monsoon rains and the migration of birds. A carabao with its tedious and slow pace is used for preparing the soil, the paddy is initially saturated with water from the irrigation canals and the carabao will then trample the planting area until it is soggy enough to plant the rice seedlings. The carabao is a multi-task animal, almost maintenance free and environment friendly. These water buffaloes are not only used to plough rice fields, but to pull wagons or sleds as well. The sight of a plodding carabao, hauling rice from the fields is a daily sight in many villages. Most rice farmers in South Cotabato own at least one Carabao which is one of their most treasured possessions. However, before the rice will reach your plate, hard and back breaking work has to be done in the rice fields. Work done by strong men and women, up to their knees in water, using their bare hands, simple tools and water buffaloes to prepare the paddies, to plough, level and to till soil until ready to plant the young rice plants. The seeds are planted out by hand in rows and the paddies are flooded with water, either by rain or irrigation.

Harvesting means cutting the plants, moving the yield to another location, threshing and cleaning. The grains are harvested before they are fully mature, after about four months, when the rice turns golden yellow and the stems are straw coloured it is ready to be harvested. The paddies are drained and the fields are allowed to dry. The next step is cutting the rice plants halfway up the stem, also done by hand and a sickle; this is because the spirit of the rice shall not be frightened away from the fields. The harvested grains are threshed to separate them from the stalk and husk, dried in the field and bundled. Nowadays a threshing machine is used for this task but occasionally still done by bashing bundles of rice stems on a stone. In remote villages the traditional milling process, the hand pounding of paddy with a pestle in a mortar is still widely practised. After winnowing the grain is dried in the sun and transported to the rice mill. Winnowing is scattering the rice by shaking or tossing it on a rattan tray. The husk, chaff and dust are blown away by the wind while the grain falls onto the mat. After the harvest is collected and milled, the rice paddies are taken over by native ducks, known as “Itik”. These ducks are usually taken to the field in the morning to pick the left over grains and taken home in the afternoon. The Itik is also known for the balut; by selling the eggs the Itik tenders will earn an extra Peso.

When the rice has arrived in the mill, the husk and the bran layers are removed, after cleaning and packing the rice is ready to be sold to the public. The processing of rice creates many valuable by-products, rice husks can be used as bedding in poultry houses, rice-stubble, broken rice and rice straw are common ingredients in building and food products, rice bran is an additive for pet food.  Other by-products are spring rolls wrapper made from rice flour, rice stick noodles, rice brand oil, rice vinegar, rice glue and rice paper. The rice mill also benefits the rural community in creating jobs and supplying the local market with rice. Rice is one of Mindanao's most important food crops, many people depend on it for their daily meals, their culture and livelihood are evolved around the growth and protection of this staple food, for them rice is a symbol of love, rice equals life.