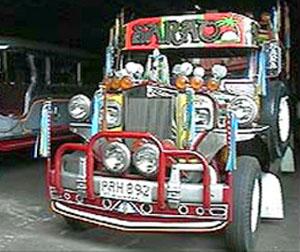 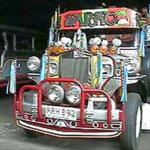 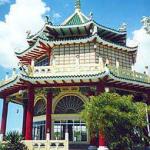 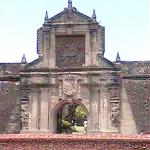 The Philippines is an archipelago blessed with a rich history, a unique culture and a wealth of natural resources. Its attractions are as many as they are diverse, with each island offering something different and special - white sand beaches, lush green forests, majestic mountain peaks, ancient churches, awesome mountain terraces, secluded islets, modern cities, rustic countryside; the list goes on and on.

From a long history of Malay villages, Chinese merchants, Spanish colonialism and American rule evolved a people with a unique culture. Filipinos are divided geographically and culturally into regions the sturdy and frugal Ilocanos of the north, the industrious Tagalogs of the central plains, the carefree Visayans from the central islands and the colorful tribes and the Muslims of Mindanao.

Since English is widely spoken (except in Mindanao), foreign travelers will find it easy to travel around. Despite the bad publicity in recent years of the kidnapping of foreign tourists by the notorious Abu Sayaf group, such problems are mainly confined to the Southern Provinces, where Muslims are fighting for independence. The rest of the country is relatively safe for foreign visitors.

Philippines is popular for its beaches and deep waters teeming with marine life. The country's waters have attracted a large number of scuba enthusiasts eager to discover its underwater treasures. Also available are facilities for water skiing, jet skiing, windsurfing, island hopping and other water sports. Those who prefer to stay out of the water can view the magical coral world through glass bottomed boats.

Nature lovers can go mountain climbing, bird watching, spelunking (cave exploration) and photo safaris. The visitor can learn much about the Philippines and its people when visiting its museums, centuries-old churches, monuments and city walls spread across the country. And for a taste of rural Philippine life, a tour of the countryside is an unforgettable experience.

Whatever your interest, Philippines 7,107 islands have it.

There are volcanoes, lakes, waterfalls and hot springs, and a delightful mixture of the old and new - both in culture and architecture - within Manila.

Beautiful and ancient Spanish churches and forts add a touch of nostalgia and elegance to buildings in the cities while traditional Spanish, Malay, Chinese and Polynesian cultures are part and parcel of the Filipino life.

A pride and joy of the Filipinos, who are mostly Catholics, is a bamboo organ tucked away in the old St Joseph church in Las Pinas (meaning "the pineapple"), which is about 11km from Manila city center. The organ, made by a Spanish priest in 1820, is made out of more than 1,000 bamboos and it is believed to be the only one of its kind in the world today.

Another attraction is the Intramuros or the Walled City, located in the heart of Manila, where the history of the land can be traced. This is an old 16th Century Spanish fortress built out of volcanic rock and among the popular attractions of Intramuros is Fort Santiago, which overlooks the Pasig River with its tugboats and riverbank dwellers. The fort is named in honor of Spanish patron saint James, Slayer of Moors (Santiago Matamoros). Through the various wars, it served as the military headquarters of the Spanish, British, American and Japanese regimes. Used as a torture chamber, prison cell and execution chamber by the Kempeitai, the Japanese military police, during World War II and destroyed by American forces during the 1945 Battle of Manila, it was eventually restored as a public park in 1950. Visitors can walk through the park to the fort or ride in a horse-drawn carriage. The brass shoeprints embedded in the pathway mark Rizal's last footsteps as he walked from the fort's chapel-cell, where he spent his last day on earth, to his execution site.

Located near Intramuros is the scenic Rizal Park, where the Rizal monument - under which lies the remains of the nationalist - is located.

No tour to Philippines would be complete without a visit to Malacanang Palace, which used to be the residence of former President Ferdinand Marcos and his wife, Imelda. Although the palace, which is located in the district of San Miguel, Manila, is now a people's museum, it is still the venue for state dinners, official functions and the weekly Cabinet meetings. Visitors would also have the chance to view the famous Marcos wardrobe, which includes 1,220 pairs of Imelda's shoes.

Another must-visit for those who enjoy shopping would be Makati City. Half owned by the wealthy and powerful Ayala family of Spanish descent, the city is sparkling clean, well planned and a shopping haven. The three major shopping malls in the area - Glorietta, S&M and Landmark - would provide shopping-enthusiasts endless hours of bargain hunting. Shopping in the Philippines can be a joy for those who like local souvenirs. The country boasts of meticulously made handicraft, patchwork and dolls.

Apart from its man-made attractions, the surrounding area of downtown Manila also offers natural wonders. The journey to Taal Lake and volcano, for instance, is a pleasant one-hour's drive south of Manila through a picturesque countryside to the Tagaytay area which is over 800 meters above sea level.

The nightlife in Manila is an adventure in itself. There are Malay, Spanish and Polynesian-influenced performances, casinos and go-go bars, which open from noon to 4am daily.

One of the most touted attractions in the Philippines is Pagsanjan Falls, located in Laguna, about 90 km southeast of Metro Manila. Upon entering the little town of Pagsanjan, one notices the Spanish influences dating from the 16th Century. A Catholic church, built in 1690, dominates the center of the town, and old Spanish houses have gone through the great fire of 1893 and World War II. For about US20 per person, you can enjoy a two-hour ride in a native canoe down Pagsanjan River to the Falls and back. Two-seasoned boatman, one at the helm and the other at the rear, maneuver the canoe upstream, getting out frequently to carry the boat across rocks. The ride takes one through 400-foot high cliffs, where drifting leaves, dancing butterflies and the cool breeze make it an experience to savior.

Corregidor is a rocky island of five sq km, located at the entrance of Manila Bay, south of the main Philippine island of Luzon. Known as the Siege of Corregidor, the battle for this US fortress island was fought under the command of General Jonathan Wainwright. The American troops surrendered in May l942 after a month-long battle. US forces regained the island in 1945.

On Corregidor Island are the Pacific War Memorial, numerous guns and the Malinta Tunnel, which served as supply depot, a hospital and General Douglas MacArthur's headquarters. The island is a one-hour boat ride from Manila.

Upon arrived, travelers will be brought to the Malinta Tunnel and its Sound and Light System. Dynamic lighting and special effects recreated historical events, treating visitors to a half hour sound-and-light show of the history that unfolded on the island.

Walking through the tunnel and hearing the thunderous sound of "bombings" might not actually be a heart stopping; but what is heart-warming is the sight of the Philippine flag flying proudly some distance from the end of the tunnel.

Next stop was the War Memorial Zone at Topside. This provided a popular backdrop for picture taking as it is undoubtedly the most beautiful and significant spot in Corregidor. Continuing with the tour, we passed many ruins and batteries, all the while imbibing more history and interesting anecdotes from our guide. The tour ended at the newly reconstructed San Jose Chapel, where the first Mass after World War 11 was conducted, and finally at the charming, 31-room Corregidor Inn/Hotel.

Nestled 5,000 feet high in the Cordillera mountains and about five hours' drive from Manila, Baguio City, the university town that is the summer capital of the Philippines, beckons the visitor up spectacular winding roads with the scent of pine trees, its cool climate, its tribes and flowers of many fragrances and many colors.

Deeper in the heartland of the Cordilleras are the awesome Banaue rice terraces carved by the Ifugaos out of the mountain ranges for the past 2,000 years. Measured from end to end, the terraces would stretch to a total length of 22,400km.

A side trip to Sagadem either on the way to or back from Banaue offers the visitor even more beautiful terraces and wondrous burial sites of the Ifugao.

More and more visitors are discovering the beauty and charm of Laoag, the capital city of Ilocos Norte. The churches of Ilocos Norte stand out over all the province's attractions. These include the Cathedral of Saint William, Paoay Church and the Church of Santa Monica. The influence of Spain is even more pronounced in Vigan, Ilocos Sur.

Stone houses built in the 16th century still line the streets of the old section of the city.

The provinces of Cavite, Laguna, Batangas, Rizal and Quezon are perfect for day trips from Manila. Collectively called Calabarzon, these provinces provide a wide variety of attractions and activities. Tagaytay City in Cavite offers the most fabulous view in the area. Sitting on a ridge, the city overlooks the country's smallest volcano, Mount Taal, which is in the middle of Taal Lake. A small lake has formed in the volcano's crater, which makes it a lake on an island in a lake on an island (Luzon).

In Kawit, Cavite, a short drive from Manila, is the old Aguinaldo mansion, on whose balcony General Emilio Aguinaldo proclaimed the independence of the Philippines from Spain on June 12, 1898. It has now been converted to a shrine and a museum.

Despite its obvious charms, Philippines is still essentially a very poor country. Although its citizens are highly educated - many are university graduates, there are not many jobs for locals. A high percentage opt to work overseas as domestic servants.

One can emphasize with the Filipinos when you realize how much they go through. Every year, about 20 typhoons hit the multi-island country. Two of the country's 24 volcanoes are still erupting, spewing out useless and highly toxic ashes that render surrounding areas.

Still, life goes on. And it's these snippets of the Philippines that combine to make this place a truly memorable country for many visitors.