Sojourn to the Mystical Island of Siquijor 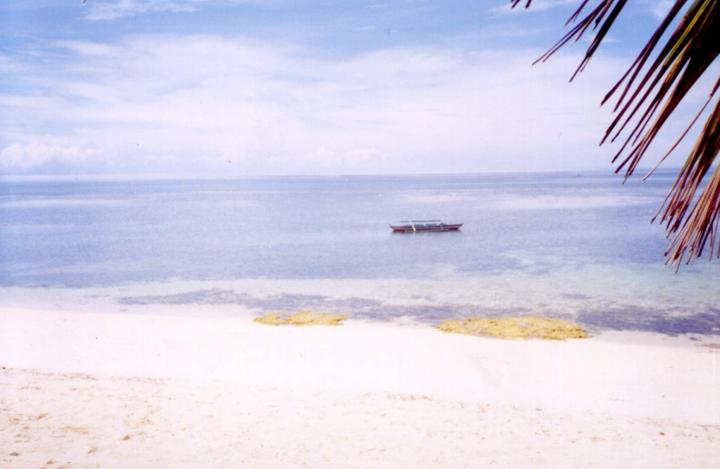 The cool waters of Siquijor 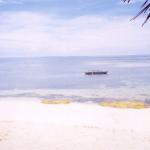 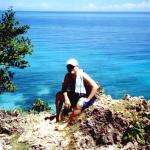 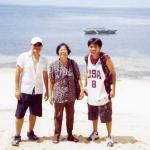 Of the more than 7,100 islands in the Philippines, there’s one that many Filipinos seemingly would dare not tread — Siquijor. Ask someone why and chances are, he’d tell you it’s a spooky hinterland where witches dwell and potent elixirs that either harm or heal are being concocted. Can’t really blame him for thinking about black magic, sorcerers, potions and other supernatural what have you. After all, little is still known about the awesome natural charms and pleasant surprises that await those who dare step into Siquijor’s enchanting shores.

Truly, there’s much, much more in the island than all those voodoo stuff that’s been inextricably associated with it. Siquijor is blessed with a plethora of natural wonders—bewitching stretches of pristine beaches, winsome waterfalls, cryptic caves, and spellbinding sceneries that will leave any first-time visitor tongue-tied and entranced with awe. These, I discovered during a visit to this mystical island province once called by Spanish conquistadores as "Isla del Fuego" or Island of Fire because of the great swarms of fireflies that gave the island an eerie incandescence at night.

History has it that a group belonging to Miguel Lopez de Legazpi’s expedition discovered the island in 1565. Following that discovery, Legazpi’s men laid down the foundations of Spanish rule in Siquijor. In the years that followed, it became a religious bastion of the Augustinian Recollects who founded several parishes all over the province, paving the way for the conversion of the natives to Christianity.

Barely 344 sq. km in size, Siquijor lies midway between the Visayas and Mindanao. You can round it in a day’s time, courtesy of a coastal road circling the island. A former sub-province of Negros Oriental before gaining independence in 1971, it is made up of six municipalities: Enrique Villanueva, Larena, Lazi, Maria, San Juan and Siquijor, the capital town. The first settlers in the island province were said to be farmers and fisherfolks from Cebu, Bohol, and other neighboring islands. More than 80,000 Siquijodnons populate the island.

An invitation to a cousin's wedding ushered in our coming to this haven for nature lovers. A few weeks earlier, he had returned from California to marry a longtime girlfriend who lived in the island. After arranging our schedules, we embarked on a sojourn that required us to travel by air, sea and land — all in a day’s time! Arriving in Cebu after a slightly tremulous 45-minute flight from Davao, we proceeded to the ferry’s station where we ate lunch while waiting for the vessel that would take us to the island. It was late in the afternoon when the fast craft we boarded sailed towards Larena via Tagbilaran and Dumaguete. En route to the island, the placid waters of Bohol Strait made the trip a delightful cruise, lulling us to slumber for the most part of the voyage.

After four hours at sea, we reached Larena. It was a moonless night when the ferry finally docked at the seaport where my cousin, his bride-to-be, and their friends have been patiently awaiting our arrival. As the main entry point to the province, the port harbors ships and fast ferries coming from Cebu, Tagbilaran, Dumaguete and Iligan. Other major ports of entry are found in Lazi, where sea crafts from Mindanao drop anchor, and in Siquijor, which accommodates ferries, motorized boats and small vessels plying the Siquijor-Dumaguete route.

From Larena, we took a minivan that brought us to the home of my cousin’s fiancée in downtown Siquijor where we had dinner with her family. Afterwards, we proceeded to a beach resort in Dumanhog where my cousin had billeted us. Looking forward to the bare essentials, the accommodations at the resort exceeded our expectations. The air-conditioned room had a private terrace fronting the beach and outfitted with amenities found in most posh resorts: cable TV, refrigerator, hot and cold shower, electric pot for hot drinks, and intercom. We capped the night lounging at the porch and enjoying the cool sea breeze.

I woke up early the following day and went swimming in the crystal clear waters. For being an early bird, I was rewarded with a visually arresting seaside vista of the Visayan islands of Negros Oriental, Bohol and Cebu. After a quick and soothing dip, I combed the palm-fringed beach, spotting a few fishermen returning home from a weary night at sea. A few hours later, our hosts fetched us for breakfast at the bride-to-be’s house. The exquisite meal was followed by a seemingly endless exchange of pleasantries. Afterwards, we returned to the resort to prepare for the wedding.

The simple matrimonial rite took place inside one of the resort’s pavilions with the town mayor officiating the exchange of marriage vows. The panoramic view of the beach outside the ballroom, which was visible through the glass windows, lent idyllic grandeur to the occasion. Bereft of pomp and circumstance, it was over in a few minutes. The newlyweds then led their guests to a delectable buffet lunch, which was followed by a short program. The relatives and friends of the groom then joined some of the bride’s kith and kin for some getting-to-know-each other drinking spree. Others guests engaged in friendly banter while some took turns in holding the microphone for some videoke singing. The sun was about to set when the merriment at the pavilion subsided.

Twilight had fully settled when I took a plunge into the resort’s inviting swimming pools. First, I ducked into the kiddie pool and moved on to the kidney-shaped one for adults where I luxuriated for about an hour. Refreshed, I retired early that night to prepare for the island tour that my cousin had promised us the next day. To my dismay, it rained hard the following morning, dashing my hopes of seeing the island in its naked splendor. The downpour showed no signs of waning so I went back to bed. After a while, however, the rain suddenly stopped and the skies brightened. Our hosts then called up, informing us that the trip would push through.

Together with the couple and some relatives, we boarded a multicab that took us to the six municipalities, with the capital town as our starting point. From downtown Siquijor, our first stopover was at a sleepy village in the town’s outskirts where I got a fuzzy view of Dumaguete in Negros Oriental. We then proceeded to the nearby municipality of San Juan where Capilay Spring Park lies. The park boasts of a swimming pool whose waters come from a spring. On weekends, people gravitate towards the tree-shaded pleasure ground to swim, stroll or engage in small talk.

From the park, our entourage went to Coco Grove Beach Resort in Tubod, San Juan, one of the finest beach resorts dotting the provincial coast. Upscale and picturesque, Coco Grove has air-conditioned beachfront cottages. Each hut has a private veranda that offers guests choice seats where they can marvel at one of the most impressive sunsets in that side of the country. The resort has a swimming pool, a bar, several first-class aqua sports facilities and other amenities.

A frustrated historian, I’ve always hankered to catch a glimpse of the old churches in the places that I’ve been to. Since the province has its own share of centuries-old religious edifices, I asked our hosts to include them in our itinerary. From San Juan, we then moved on to the lovely yet languid town of Lazi to take a peek at St. Isidore Labrador Parish Church. Completed in 1884, the formidable stone church proudly stands as a mighty symbol of the Siquijodnon's religious fervor. Unfortunately, it was closed when we arrived so we just proceeded to the huge convent across it, reportedly one of the Philippines’ largest and oldest. The second floor of the two-story structure has been converted into a museum showcasing life-size statues of saints, antique furniture and several relics of a bygone era.

Along the way to the next town, we stopped anew to see the enchanting Cambugahay Falls in Tigbawan, Lazi. The slippery, narrow trail along a steep gorge that leads to the breathtaking waterfalls isn’t for the faint-hearted. One slip could lead you to a lethal fall into the chasm. Most of us, however, didn’t seem to mind the danger. The thrill of seeing the cascading waters was simply irresistible. Our efforts were soon rewarded as we reached the waterfalls. True enough, Cambugahay Falls proved to be a sight to behold. It’s a spectacular multilevel cascade that drew euphoric ohs and ahs from the group. According to our companions, at least two sports-oriented TV shows, one foreign and one local, have taped their episodes there.

After the exhausting derring-do at Lazi, we drove at high speed to Salagdo-ong Beach Resort in Olang, Maria to fill our hungry stomachs. Lunch consisted of mouth-watering grilled fish (which my cousin bought for a song), sashimi Pinoy style, pork adobo, lechon paksiw and piping hot rice. Sated, we went sight-seeing and enjoyed the unspoiled beauty of that side of Siquijor. Afterwards, we swam for hours at the cool waters of Bohol Sea. From Maria, our entourage passed by the town of Enrique Villanueva where we pulled in to see the 200 year-old Cang-isok house, the oldest in the island. Approaching the gate, we noticed a stern sign against strangers, barring us from exploring the place.

Driving towards Larena, our eyes were treated to sweeping vistas of Siquijor’s white-sand beaches, serving as perfect picnic grounds for the world weary, where the blue sky converges with the emerald sea to create a fusion of grace, serenity and harmony. At Larena, we dropped by a small church, where a few meters away stood the St. Vincent de Ferrer Bell Tower, another interesting religious heritage. Tired and spent, we continued with the final leg of the tour. Reaching the town proper, we went to see another religious landmark, the St. Francis de Assisi Convent and Bell Tower. Finally, our trek came full circle.

Though we were able to see most of what the island offers, there were two inland attractions that we missed due to time constraints: Cantabon Cave, which treats spelunkers to a magnificent showcase of stalactites and stalagmites; and Mt. Bandilaan Nature Park, said to be the home of exotic flora and fauna. The urgency of pending concerns at home and at work reminded us that leisure has reached its end. We just spent our remaining time looking for souvenirs like shirts bearing colorful designs of the island’s attractions and pouches of goodies. With all haste, we returned to the resort to pack our bags and catch the boat back to Cebu later that night.

I can’t seem to get enough of Siquijor’s attractions: her centuries-old religious landmarks, panoramas of verdant mountains and emerald waters, white beaches and caves, fresh seafood and her simple, genteel and friendly folks. If time and money permit it, I’d head back to the island and experience anew the mystical high that only this emerging tourism magnet in Central Visayas can offer.